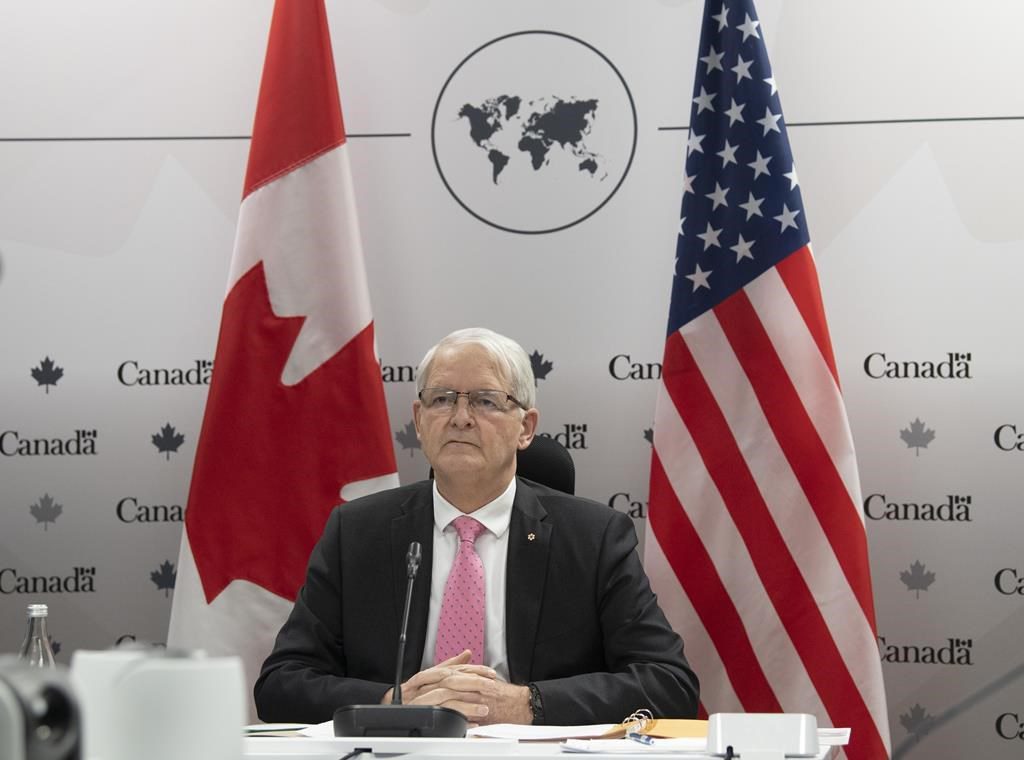 Garneau is telling a parliamentary committee this evening that Canada and other democracies are grappling with the question of how they reconcile their business, security and human-rights objectives with China.

He says China is rapidly gaining global influence and expanded clout with which all countries must learn to coexist.

This means knowing when it’s necessary to co-operate with China on global issues such as climate change, and when to challenge Beijing over human-rights violations.

Garneau says a path to any kind of long-term relationship with China requires the safe return of Michael Kovrig and Michael Spavor to Canada.

The men, who have become known as the “two Michaels,” were detained in December 2018, days after Canada’s arrest of Huawei executive Meng Wanzhou on an extradition request from the United States.

Garneau says both men received virtual visits two weeks ago from consular officials, but China has not allowed consular access to other Canadian citizens held in that country.

He says China should allow consular officials access to Huseyin Celil so Canada can confirm his well-being.

Celil, who settled in southern Ontario after becoming a Canadian citizen, is a former Uyghur activist who has been imprisoned in China for 15 years.