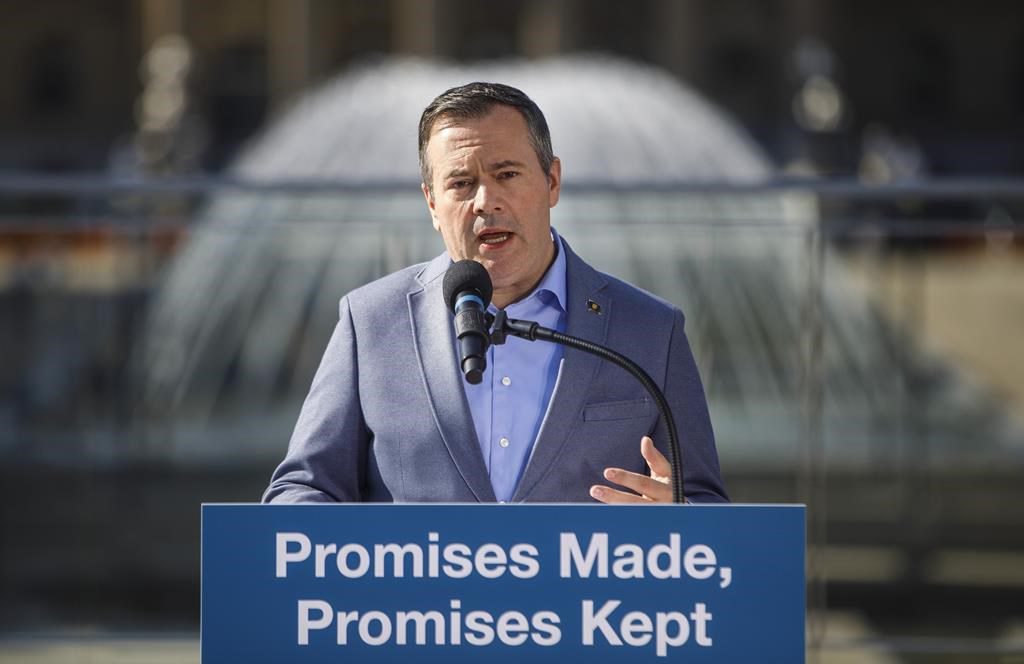 EDMONTON — Friday was the deadline for a public inquiry into what the Alberta government says is foreign funding of environmental groups who want to curtail energy development — an investigation lauded by Premier Jason Kenney as principled but derided by critics as a buffoonishly sinister political witch hunt.

“We have not yet received the (final) report but expect to have it delivered to the minister’s office sometime today,” Jerry Bellikka, chief of staff to Energy Minister Sonya Savage, said in an email.

The inquiry was given five deadline extension stretching back a year to July 30, 2020. Its budget was set at $2.5 million, but later increased to $3.5 million.

Savage has up to three months to release the report once she receives it from forensic accountant Steve Allan.

“They don’t want the public to realize they have been receiving massive amounts of money from foreign sources to shut down the largest job-creating industry in Canada,” Kenney said on July 22.

“They don’t want the disinfectant of transparency to come down on them. That’s why they went to court … Thankfully, the Court of Queen’s Bench threw their case out.”

In recent days, leaked sections of Allan’s draft report show he has concluded that eco-groups have not in any way broken the law. But critics say Allan exceeded his mandate by linking any opposition to resource development as being “anti-Albertan.”

Allan, in a letter this week to Greenpeace Canada, made it clear that “anti-Alberta” is meant simply as a “a non-pejorative geographic modifier.”

University of Calgary law professor Martin Olszynski said “anti-Alberta” is not an innocent term but a broad-based slur, easily weaponized by political opponents. He said it turns those concerned with the pace of resource development and its effect on the environment into scapegoats and depicts them as traitors to the community.

“The precedent (is) anything can become anti-Alberta, essentially anything that the premier disagrees with,” said Olszynski.

“To some extent a government has a democratic mandate, but it only goes so far. It can’t go to the point where opposition to that mandate –dissent — is branded as treason and sedition.

The inquiry has been criticized for operating in secret: no witnesses called publicly, little to no evidence on its website and those investigated being given little time late in the game to respond. Its terms of reference have also been altered twice.

“This has been something out of ‘Alice in Wonderland,’” said Keith Stewart, a senior energy strategist with Greenpeace Canada. “We got funding from international foundations. It was about two per cent of our revenue over a decade.

“We got a lot more money from Albertans.”

He said Greenpeace Canada has been one of the inquiry’s targets and that letters to Allan asking for information and details have been ignored.

“We don’t even get to publicly defend ourselves or even see the evidence against us. (Allan) says, ‘I interviewed 100 people.’ He won’t tell us who they were. How are we supposed to respond to evidence that we’re not allowed to see?”

Allan, on his website, noted that his inquiry sent out 40 invitations in mid-June for participants to respond by mid-July.

“Some participants did not accept the commissioner’s invitation until some weeks after June 18, and they were then granted access to the (inquiry) dataroom to review content,” Allan said in a statement July 21.

Olszynski said there’s a “good chance” Allan’s final report will be challenged in court on the grounds it was procedurally flawed and reached unqualified conclusions.

“Inquiries are not courts of law … but it’s not the Wild West,” he said.

Kathleen Ganley, energy critic for the Opposition NDP, said Savage should release the report immediately upon receiving it.

“Leaked drafts of the report show the inquiry relied on misinformation found in Google searches and ‘research’ conducted by the UCP’s own ridiculous war room,” said Ganley.

“But despite putting their thumb on the scale with this shoddy research, the inquiry was still forced to conclude there was no wrongdoing or illegal activity.”