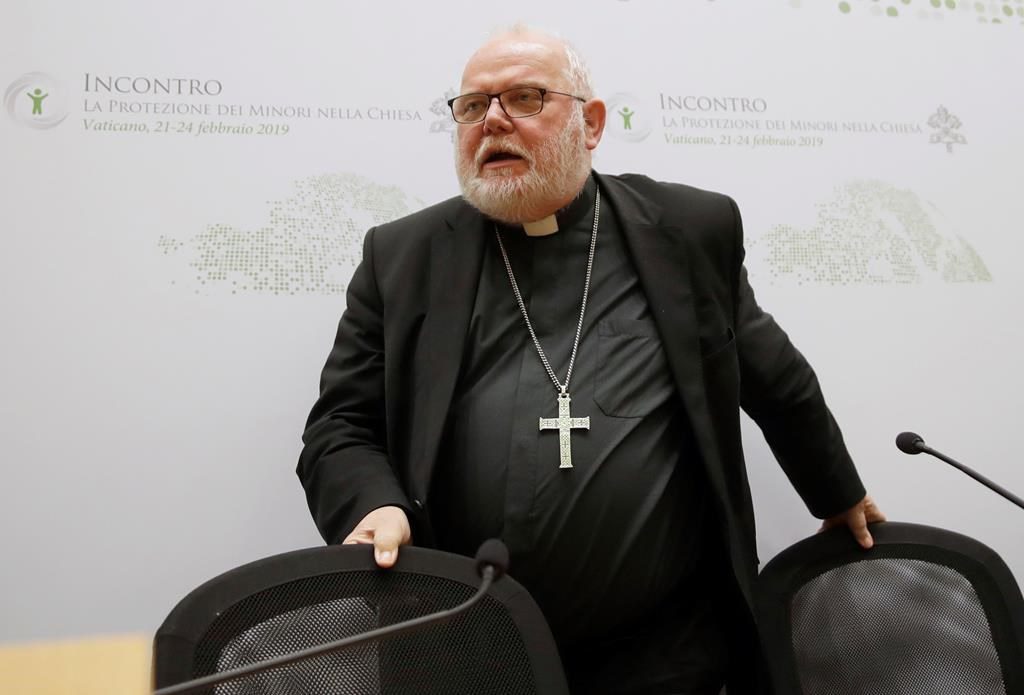 BERLIN (AP) — A leading German cardinal and confidante of Pope Francis, Cardinal Reinhard Marx, offered to resign as archbishop Friday over the Catholic Church’s mishandling of clergy sexual abuse cases, declaring in an extraordinary public gesture that the church had arrived at “a dead end.”

The archdiocese of Munich and Freising published Marx’s resignation letter to the pope online, in multiple languages, and the cardinal said Francis had given him permission to make it public.

“It is important to me to share the responsibility for the catastrophe of the sexual abuse by Church officials over the past decades,” the 67-year-old Marx wrote in the letter. But he also issued a challenge of sorts for his fellow bishops to use the opportunity of the scandal to save the church and reform it.

There was no immediate comment from the Vatican, where Marx sits on powerful financial and political bodies.

Marx, who led the German Bishops’ Conference from 2014 until 2020, wrote that investigations during the last decade showed there had been “a lot of personal failures and administrative mistakes but also institutional or ‘systemic’ failure.”

In 2018, a church-commissioned report concluded that at least 3,677 people were abused by clergy in Germany between 1946 and 2014. More than half of the victims were 13 or younger when the abuse took place, and nearly a third of them were altar boys, according to the report.

Earlier this year, another report came out about the church officials’ handling of alleged sexual abuse in the country’s western Cologne diocese. The archbishop of Hamburg, a former Cologne church official who was faulted in that report, offered his resignation to the pope and was granted a “time out” of unspecified length.

Marx wrote in his letter that his offer could also be seen as “a personal signal for a new beginning, for a new awakening of the Church, not only in Germany.”

“I would like to show that not the ministry is in the foreground but the mission of the Gospel,” he added.

Marx’s offer to resign was an extraordinary gesture and laid bare the credibility crisis that the sexual abuse scandal created in Germany, as it has in other countries. To try to recover that credibility, Marx has spearheaded a process of reform and debate with the powerful German laity to address the structural problems that contributed to abuse being allowed to fester unchecked for decades.

But the so-called “Synodal Path” has sparked fierce resistance inside Germany and out, primarily from conservative bishops and priests opposed to opening any debate on issues such as celibacy, women’s role in the church and homosexuality.

Resistance has also come from the Vatican and bishops outside Germany, including culture warriors in the United States who have broken with church protocol to pen essays critical of the reform process under way in Germany.

In his letter, Marx made no mention of his status as a member of Francis’ kitchen cabinet, a group of cardinal advisers who have been meeting regularly to draft a new reform of the Vatican hierarchy and who advise the pontiff on other matters.

Marx’s offer to resign shocked Vatican watchers, who noted his closeness with the pope and important roles in the Vatican. In addition to his position as one of Francis’ top advisers, he heads the Council for the Economy, the board of religious and laypeople who helps oversee the Vatican’s finances.

Theologian Massimo Faggioli of Villanova University said he was saddened by Marx’s offer to resign.

“But his decision sets the bar for many other church leaders in the Catholic Church today,” Faggioli tweeted.