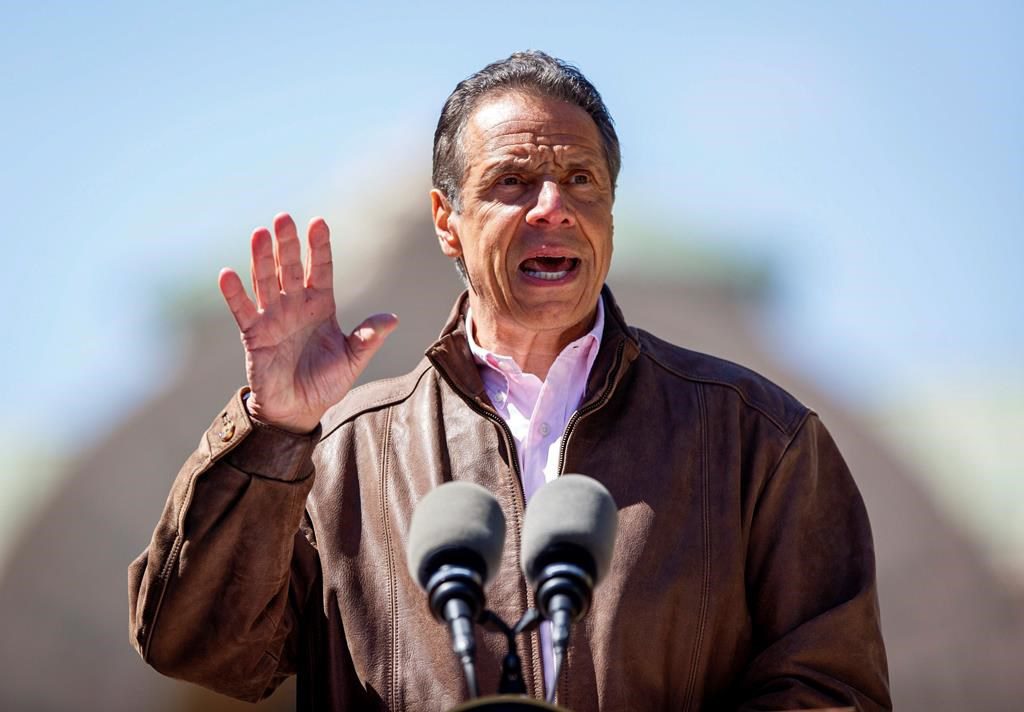 ALBANY, N.Y. â€” In his first face-to-face encounter with journalists in months, Gov. Andrew Cuomo on Monday flatly denied he had done anything inappropriate with any of the women who have accused him of sexual misconduct and harassment.

Speaking to reporters at the New York State Fairgrounds in Syracuse, the Democrat abandoned his past approach of expressing contrition for some past behaviour, while declining to address whether specific allegations were true.

"You were in those rooms. You know the truth. So can you tell the people of the state of New York yes or no? Did you do the things you were accused of?" asked New York Times reporter Jesse McKinley.

“To put it very simply, no." Cuomo said.

"All the groping, the sexual harassment, you deny all of that?" McKinley said.

Several current and former state employees and other women have accused the governor of made unwanted sexual remarks and advances, giving them unwanted kisses or touching them inappropriately.

One female aide said Cuomo groped her breasts after summoning her to his official residence last year.

Before Monday, Cuomo had repeatedly denied that he touched anyone inappropriately, but he’d used past public appearances to say he is sorry for making some people uncomfortable with comments or gestures he intended to be playful banter.

He’s blamed his penchant for hugging and kissing people on his Italian-American heritage.

Asked if he would consider disciplining himself or resigning if the state attorney general, who is investigating the claims, reports he did harass women, Cuomo dismissed that as a possibility.

"The report can't say anything different because I didn't do anything wrong," Cuomo said.

This was the first time Cuomo has allowed a group of journalists to question him in person since the sexual harassment allegations surfaced in December.

For months, citing COVID-19 safety precautions, he has been taking questions only via telephone or internet conference calls â€” forums where his staff is somewhat able to control who asks questions or whether journalists are allowed to ask follow-up queries.

The governor has defied calls for his resignation from many of New York’s most influential Democrats, including from most members of the state’s congressional delegation. A majority of state lawmakers have also said he should quit.

Cuomo has urged the public to await the results of investigations being conducted by Attorney General Letitia James and the state Assembly’s judiciary committee, which is exploring whether there are grounds to impeach him.