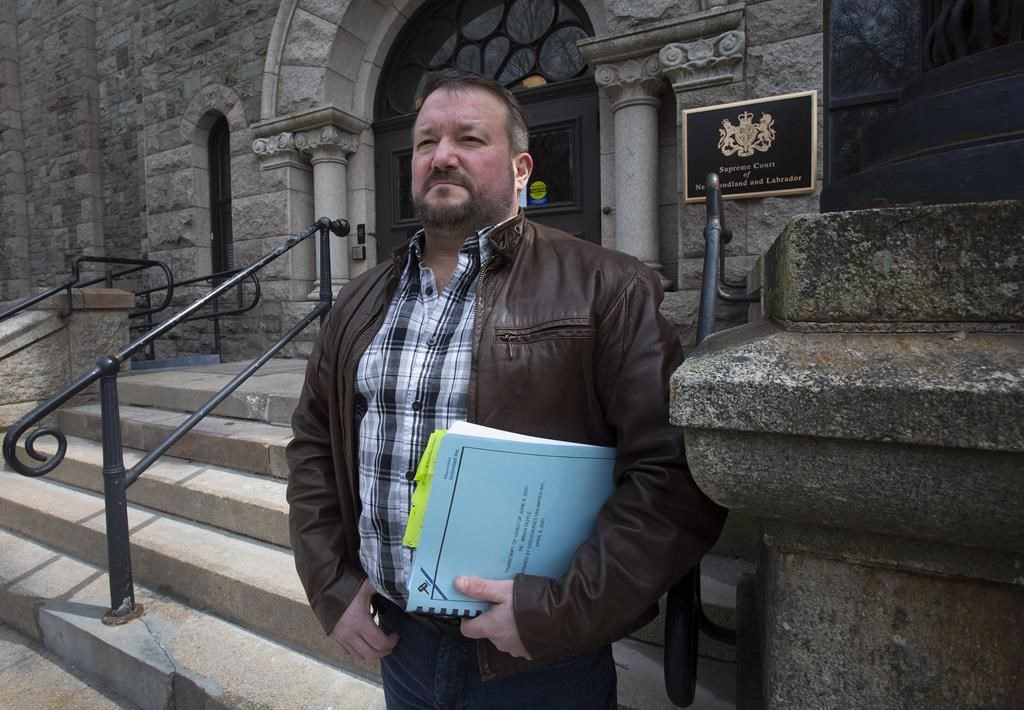 The parole hearing for the man who killed Parsons’ mother, Catherine Carroll, had just ended, and Parsons was pacing around his house, elated and electrified. He’d read out a gut-wrenching, 30-page victim impact statement that he’d worked on for weeks, and it seemed to have been successful: Brian Doyle, the man convicted of stabbing his mother 53 times on Jan. 2, 1991, had his day parole revoked.

But the decision will be revisited in 90 days. That means Parsons could wind up delivering yet another emotional statement at yet another hearing.

“It takes a terrible toll,” he said in an interview Tuesday. “I have PTSD, I can’t function, I’m not going to be able to go into work.”

Parsons is one of nearly 1,500 people so far who have signed a petition to the House of Commons launched last week asking that a parliamentary committee review the federal Victims Bill of Rights. The bill was created in 2015 with the stipulation that a committee would be formed in 2020 to review it. That hasn’t happened, according to advocates for victims’ rights.

Parsons said victims like him need more support, from mental health help to deal with the trauma exposed by each impact statement to legal advice to better understand the parole system and what to expect from it.

The statement he delivered last Friday was his fourth, and this time the hearing was unexpected. He said the parole board contacted him a few weeks ago, saying they were concerned about Doyle’s behaviour and were reviewing his day parole privileges.

That message was like a bomb falling from the sky, Parsons said.

Lisa Freeman said she can relate to that feeling. Her father, Roland Slingerland, was murdered in Oshawa, Ont., in 1991. The parole process for his killer, Terrance Porter, began in 2012 and he was granted day parole last April, she said. He’ll be up for full parole in October.

“I did very well all my life until parole started to unfold,” Freeman said in an interview Wednesday. While there is help for victims during a trial, when it comes to the parole process, Freeman said, “there (are) no supports in place.”

Freeman said she wound up having to go to her doctor for mental health support in order to deal with the impact statements and the uncertainty about when the next hearing would be. “I live my whole adult life with somebody in prison, and just the thought of that somebody being released from prison,” she said. “I knew I needed help.”

Like Doyle, her father’s killer was convicted of second-degree murder and is now serving a life sentence. Both were recently eligible for parole, and both will be under the watch of the parole board for the rest of their lives. If they fall out of line, they could be subject to a hearing. Freeman says that means she and Parsons are always waiting for an unexpected letter from the parole board inviting them to give a statement at a hearing and relive their traumas all over again.

Any victim can refuse to give a statement, and some do, she said. But for many, “it’s like an obligation … to the people who have been taken from us,” she said. “I know I worry that my words aren’t enough.”

Freeman now runs a support group in Ontario for people who’ve lost loved ones to homicide. She is trying to get a bill passed that would strengthen the Victims Bill of Rights, particularly around the board’s obligation to disclose information about parole hearings to victims. It wasn’t until the bill was enacted in 2015 that victims had a right to be told if a hearing was scheduled, but that right can still be undermined, she said.

A spokesman for the federal Justice Department said launching a review of the bill is the independent responsibility of Parliament.

“The government of Canada is committed to implementing and strengthening victims' rights and continues to work collaboratively with other governments across the country that share responsibility for addressing and meeting the needs of victims and survivors of crime in the criminal justice system,” Ian McLeod said in an emailed statement Wednesday.

A spokeswoman for the Parole Board of Canada said victims can apply to the federal Justice Department for financial assistance to attend a board hearing.

In an email Wednesday, Lisa Saether said the board does not automatically inform victims about an offender’s case, as some don’t wish to have that information. “Once registered, victims can receive information about the offender who harmed them, including the date of parole hearings,” she said. “Victims who have registered will be kept informed until the end of the offender's sentence, or until they ask to no longer be notified.”