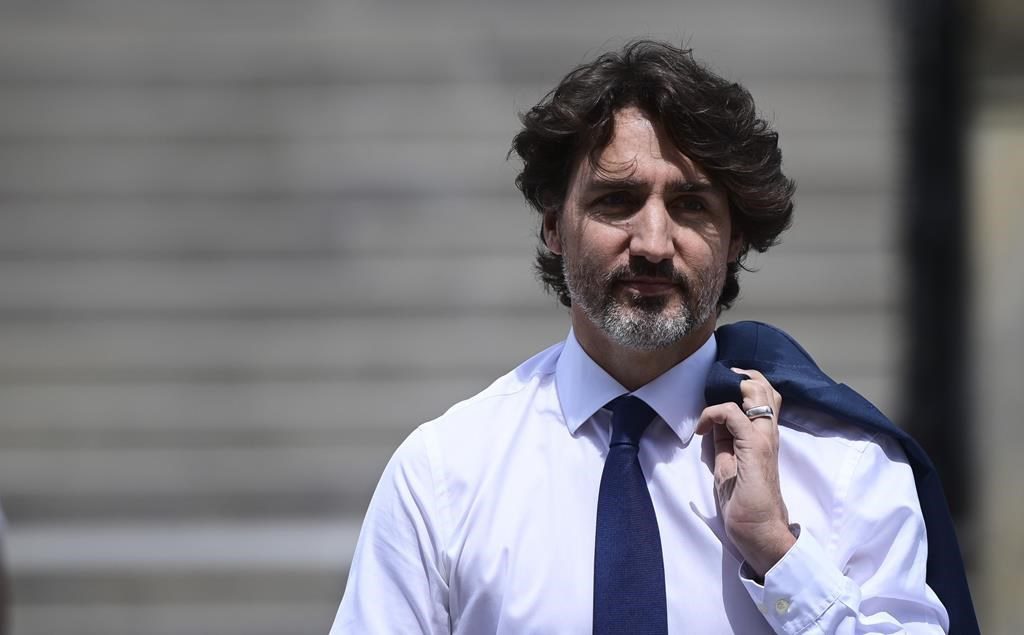 OTTAWA — Prime Minister Justin Trudeau will on Friday begin to meet with counterparts from the world’s most powerful democracies at the G7 Leaders’ Summit to discuss overcoming COVID-19 and its economic reverberations.

Chief among the decisions Canada faces is how it will help poorer countries secure vaccines, the life-saving elixir that promises to subdue the global health crisis, which has shaken national economies and left millions sick and more isolated.

“The first thing I think (Trudeau’s) going to have to roll the dice on is whether Canada wants to be on the right side or stay on the wrong side on COVID,” said John Kirton, director of the University of Toronto’s G7 Research Group.

“At the core is: will we give our doses to the folks who are dying 700 times as much as we are in Canada?”

The pandemic and absence of Donald Trump from the international table sets the tone for the first summit held since 2019 between Canada, the United States, the United Kingdom, France, Germany, Italy and Japan, which together comprise the G7, along with the European Union.

Shaping the leaders’ agenda is what Kirton calls the four c’s: COVID-19 and its affects on commerce, climate change and competition from anti-democratic actors, like China.

“Never before has a G7 summit confronted such a severe, swift, widespread and sustained set of shocks that really have shown them the vulnerability of their countries,” he said, having watched these gatherings since 1988.

The international trip marks Trudeau’s first since early 2020, before the novel coronavirus was declared a pandemic. While in Europe, he will also travel to Brussels for the NATO Leaders’ Summit, which experts say will be where alliance members discuss concerns around Russia, cybersecurity and ongoing modernization efforts — also the first in several years without Trump.

As host of the G7 gathering in Cornwall, U.K., Prime Minister Boris Johnson made clear in a statement what he wants the leaders to pack for England: “Concrete commitments to vaccinate the entire world against coronavirus by the end of 2022.”

One way wealthy nations can help is through sharing their doses directly with other nations or through COVAX, the global initiative established to provide shots to 92 low and-middle income countries.

Canada has yet to announce that it will donate any of the 122 million doses it has in guaranteed deliveries for the year. To ensure every resident gets their two shots, the country needs 76 million.

Officials with the World Health Organization and other vaccine-sharing programs ask that Canada send shots now instead of waiting, as the virus threatens less vaccinated parts of the world.

Sen. Peter Boehm, who served as a representative for Trudeau and former prime minister Stephen Harper at past summits, believes there is likely to be agreement among G7 countries on the general thrust of initiatives to stop COVID-19.

“Where there may be some disagreement and some negotiation that has to take place is on the how,” he says.

One area that could happen is on the question of supporting a temporary waiver from the World Trade Organization on COVID-19 vaccine patents.

Advocates of waiving intellectual property rules say doing so would allow these shots to be  more easily manufactured in developing countries.

U.S. President Joe Biden supports the move, while the U.K. and Germany are against. Somewhere in the middle sits Canada, which Trudeau confirms is in on the WTO talks, but hasn’t specified on which side.

Boehm says next to German Chancellor Angela Merkel, Trudeau enters the summit as having been in power the second-longest.

But the world will be watching Biden, who is making his first trip abroad as president to attend.

He too comes in experienced, having served for eight years as the right-hand to former U.S. president Barack Obama.

Perhaps most memorable was in 2018 when Trudeau hosted the G7 leaders. After reaching agreement on that summit’s issues, Trump tweeted from his plane that he wouldn’t endorse their statement because he had become incensed by comments the prime minister made during a news conference.

“All eyes will be on (Biden) in terms of the tone that he sets and the collegiality that he might want to project,” said Boehm.

With Biden in the White House, he says there is more harmony between G7 leaders on tackling climate change — all countries pledge to reach net-zero emissions by 2050, for example — which may make reaching consensus easier on the message they want to send to the world about the planet.

Observers say what gets discussed at these summits often carries influence for agendas at future international talks and with global institutions.

Kirton adds the act of world leaders meeting at all in the flesh communicates a powerful statement: the fight against COVID-19 is being won.

On a more practical level, Boehm says, it provides a rare chance for heads of state to have frank, informal conversations face-to-face and one-on-one under a blanket of confidentiality not achievable online.

“In international diplomacy, there is no substitute for that.”

The leaders’ summit comes after a string of earlier meetings between the G7 ministers of foreign affairs, environment, health and most recently finance.

The finance ministers say they agreed “in principle” to a tax reform that would set a global minimum corporate tax of at least 15 per cent to deter multinational companies from avoiding taxes by slashing profits in low-rate countries.

The reform also includes a call to make some of the world’s richest companies, like the U.S.-based tech giants, pay taxes in countries where they operate, not only where their offices are located.