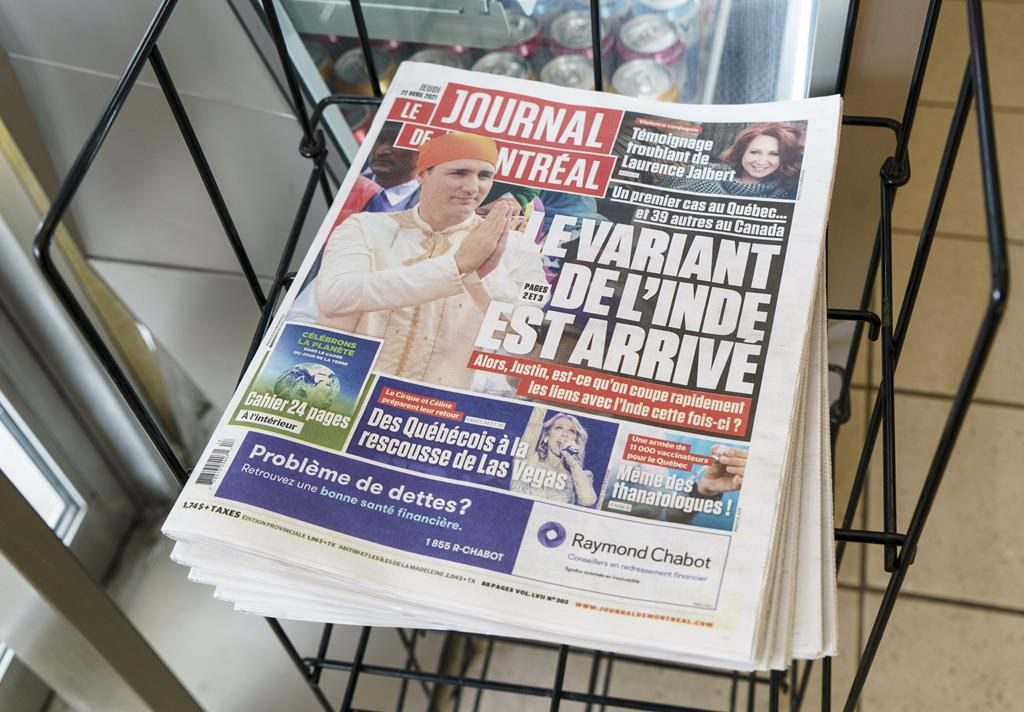 MONTREAL â€” The Journal de Montreal newspaper is being criticized for running a photo from Prime Minister Justin Trudeau’s 2018 trip to India on its front page today to accompany a COVID-19 story.

Trudeau is wearing traditional Indian clothes and holding his hands together in prayer beside a caption that reads, “The Indian variant has arrived.”

The cover refers to Quebec’s first case of a novel coronavirus variant that emerged in India, and it asks “Justin” whether ties with India will be cut quickly.

Benoit Charette, the provincial minister responsible for fighting racism, said today on Twitter he fears the cover photo could fuel prejudice in the province.

The Journal’s cover drew criticism from other politicians in Quebec City, including Liberal Leader Dominique Anglade, who called it “very dangerous.”

Dany Doucet, editor-in-chief of the newspaper, said the photo was chosen to illustrate Trudeau’s attachment to India and the difficult choice he faces regarding flights from that country.

“Those who didn’t understand this certainly haven’t read the stories inside, as too many commentators sometimes don’t,” Doucet told QMI Agency, which is also owned by the Journal de Montreal’s publisher, Quebecor Inc.