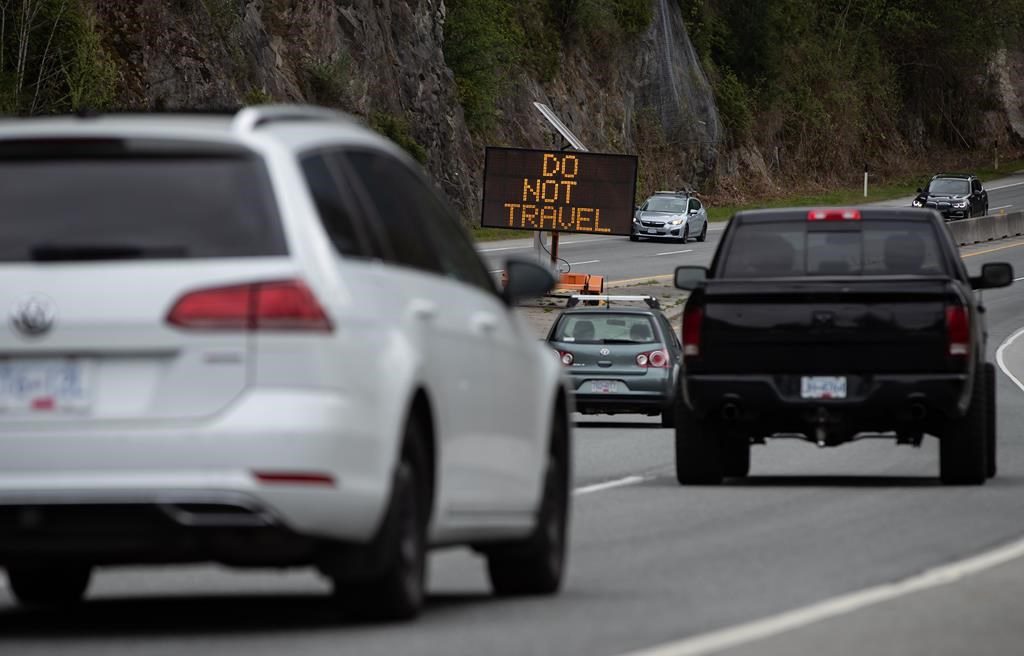 Nova Scotia hit a new single-day record number of COVID-19 cases on Sunday, even as there were hints that Canada’s two biggest provinces were making fragile progress in the fight against the pandemic.

Nova Scotia reported 63 new cases of COVID-19, the highest single-day figure recorded since the onset of the global pandemic.

Most of the cases were found in the province's central zone, which includes Halifax. Premier Iain Rankin introduced a month-long lockdown for the city and its surrounding communities last week.

Rankin took to Twitter on Sunday to urge residents to get tested for the virus.

“The more we test, the better we protect our families, communities (and) province,” he wrote.

While the virus appeared to be gaining steam out east, the news was more positive in two of Canada’s biggest COVID-19 hot spots.

New cases in Ontario were once again below the 4,000 mark on Sunday after hitting record highs throughout mid-April.

Hospitalizations also declined by 151 over the last 24 hours, although the number of people in intensive care rose by 18 over the same period. Numbers show 851 of the province’s 2,126 hospitalized COVID-19 patients are in intensive care.

Quebec, meanwhile, reported its fourth straight decline in hospitalizations, as the province’s seven-day average continued to drop slightly with the report of just over 1,000 new infections.

Health Minister Christian Dube said the situation in the province remains fragile “but hope is on the horizon.”

“Let’s stick together in the coming weeks,” he wrote, noting that the province expects to open vaccination to the remaining adult population at the end of May.

Dr. Theresa Tam said in a statement that the vaccine has already had a positive impact on caseloads in a number of groups, including older populations, health-care workers and Indigenous communities