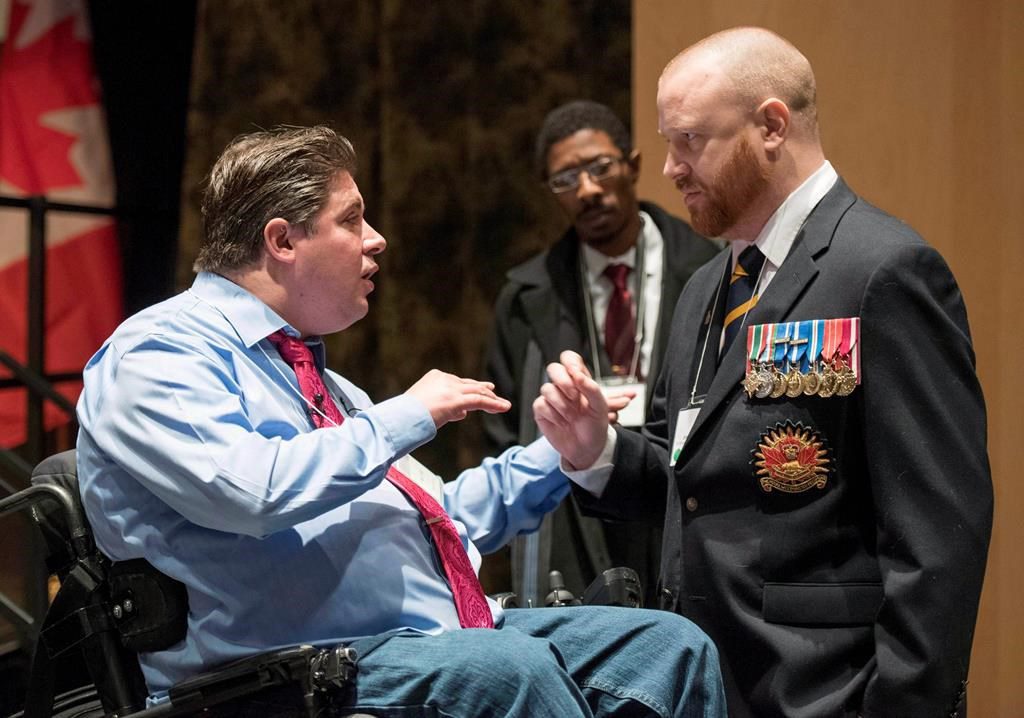 OTTAWA — It wasn’t until psychologist number three that retired warrant officer Brian McKenna was able to find someone who, in his words, “had a clue.”

McKenna, a veteran of the war in Afghanistan now living in Vancouver, had been diagnosed with post-traumatic stress disorder and had been trying unsuccessfully for years to find a mental-health professional who could understand and help him.

“A lot of the questioning coming out of the practitioner was more to the effect of: ‘Well, if you got blown up this day, why did you go back out next day?'” he recalls of his first stab at finding assistance.

“They were approaching it from a shift workers’ point of view where you’ve got a union backing you up and all these health protocols that say what you can and cannot do. Rockets don’t care about that stuff. Neither do suicide bombers.”

McKenna’s experience speaks to what experts say is a problem that many veterans and first responders face when trying to find help for psychological injuries and illnesses: a lack of understanding about their unique challenges and needs.

“There are many veterans out there seeking mental-health care with a range of providers across Canada, and this is a recognized knowledge gap among many providers,” said MaryAnn Notarianni of the Atlas Institute for Veterans and Families in Ottawa.

Many veterans, first responders and other trauma-exposed professionals already struggle to seek mental-health assistance. For example, some continue to worry about the potential impact on their careers, or even of being judged by their peers.

The concern is that if they do meet with a health-care professional and that person doesn’t understand where they are coming from, or how to help them, it will drive the veteran or first responder away.

“You can have the best course in the world in a handbook,” he said. “But if the clinicians are not culturally competent, the program dies on the table. And I’ve seen it. It’s unbelievable.”

Conversely, Maxwell said having a psychologist or other mental-health professional who understands the unique needs of veterans and first responders — and how to relate to them — can have a hugely positive effect.

“When you find the right people and they know how to speak and work with these people, it changes their lives,” he said.

It was in that context that Wounded Warriors turned to Dr. Tim Black, one of Canada’s leading experts on mental-health support for veterans and first responders, to develop a course to train mental-health practitioners on how to work with such clients.

Maxwell said nearly 800 health-care providers have accessed the online course since it was launched last May with financial support from the Atlas Institute. He hopes others will follow suit.

The course is particularly topical now as Veterans Affairs Canada only recently signed a contract with a company that boasts a network of 9,000 health-care professionals across the country to work with veterans in different communities.

The contract has been controversial for several reasons, but one question has been the degree to which those professionals are actually trained and cognizant of the special needs of veterans.

While post-traumatic stress disorder and other psychological injuries have become better understood in recent decades, Black said the training that mental-health professionals receive contains a blind spot when it comes to veterans and first responders.

“That’s the biggest complaint we hear is civilians just don’t get it,” he said.

“One quote from someone I worked with says: ‘The worst day of your life is every day for me. The one event that you go through where that really bad thing happens that shapes the trajectory of your family? Well, that’s my morning shift.’”

Black said therapists have been trained for decades to be very gentle at the start of their work with patients, which includes speaking softly and tentatively and treating them with kid gloves to make them comfortable and help them open up.

One of the first lessons that he wanted to convey in the course was that such an approach often doesn’t work with people who are exposed to trauma on a regular basis, and that it can even turn them off.

Notarianni said her organization, which is based out of the Royal Ottawa Hospital and was created by the federal government to act as a centre of excellence for veterans’ mental health, is hopeful this will help address a significant gap in the field.

“It’s not necessarily going to do everything to build up everyone’s skill set all at once,” she said of the training course. “But it’s a starting point. And it helps build some of that awareness and hopefully will encourage providers to want to continue learning.”