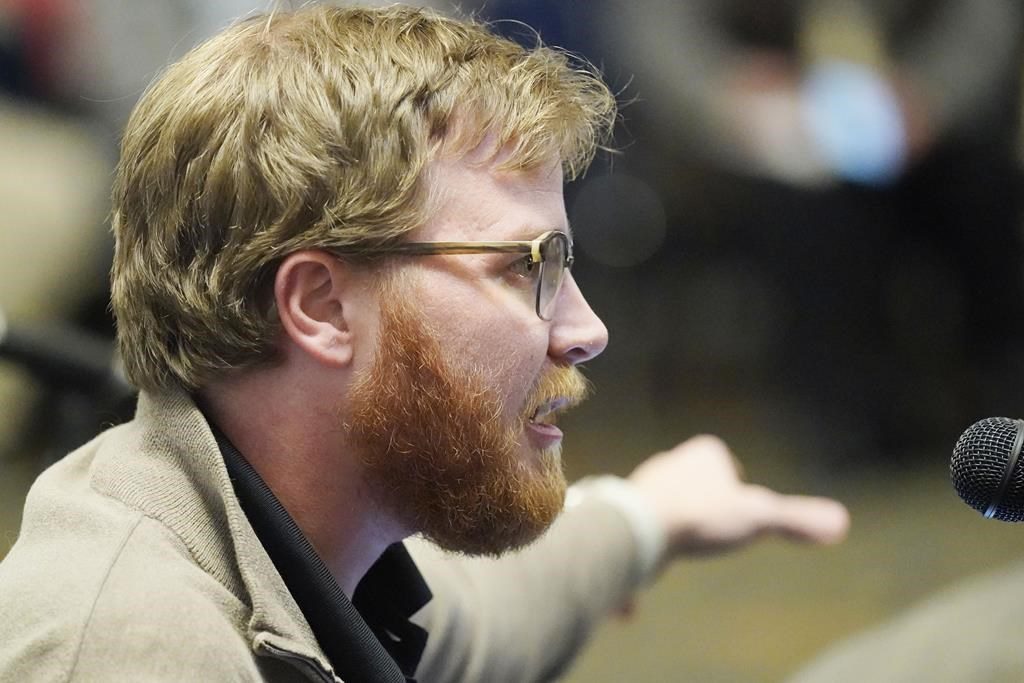 JACKSON, Miss. (AP) — Officials in Mississippi’s capital city are scheduled to vote Thursday on a proposed agreement with the federal government for how to fix the city’s water system, which came dangerously close to collapsing more than two months ago.

Details of the proposal had not been revealed Wednesday. EPA Administrator Michael Regan said Tuesday in Jackson that if the Jackson City Council approves the agreement, Mayor Chokwe Antar Lumumba would sign it. The Justice Department would then file a case in federal court in Jackson and ask a judge to approve the proposed path forward.

Regan’s appearance was his fourth visit to Jackson during the past year and his third since the city’s latest water crisis began in late August. Jackson has had water problems for years.

“The EPA and the United States Department of Justice want to develop a judicially enforceable solution — one that is approved by and overseen by a federal court, that will deliver safe and reliable drinking water for Jackson,” Regan said during a meeting a Jackson State University. “That’s something that we’ve been working hard on since September, and I’m optimistic about the progress that we’re making.”

Regan said he would return to Jackson and meet with the mayor and representatives from the state for a discussion about longer-term solutions that would include an opportunity for more public engagement. Officials will also look at funding sources available to assist the city and work with state agencies to help the city access federal money through the bipartisan infrastructure law and the American Rescue Plan, he said.

Jackson is set to receive $71.3 million to upgrade its water system with funds from the American Rescue Plan and a state dollar-for-dollar match program. Lumumba has said that it could cost as much as $1 billion to fix the water system. State leaders say the system needs far less.

“I’m confident, working with the state and the city, that we can continue to identify resources currently and in the future to help stabilize Jackson’s water system,” Regan said. He said the EPA, Mississippi and Jackson have a confidential agreement that prohibits him from talking in-depth about the plan.

On Wednesday, the EPA’s Office of Inspector General said it had launched two new probes into federal, state and local decisions that might have impacted the crisis that left 150,000 people without running water for days in Jackson in late summer.

Federal investigators will review the EPA’s oversight of drinking water contamination in Jackson and whether funding decisions at the state and local levels contributed to the city’s water woes. The review of the EPA’s response to the city’s possible noncompliance with federal water regulations will focus on 2015 onward.

The probes stem from an inquiry launched Sept. 13 by the EPA Inspector General’s Office. The inquiry examined whether government officials complied with policies for oversight of Jackson’s water system and administration of a federal-state partnership intended to provide communities low-cost financing for water quality infrastructure projects.

“Based on what we learned through an initial inquiry on the ground there, my office now will pursue formal, comprehensive reviews to understand fully how the EPA conducted oversight of the water system and how Drinking Water State Revolving funds were awarded and expended,” Inspector General Sean O’Donnell said in a news release Wednesday.

O’Donnell said the probes would be similar to the agency’s response to the water crisis in Flint, Michigan and the Red Hill fuel spill.

The OIG anticipates issuing final reports from the probes between July and September.

Michael Goldberg is a corps member for the Associated Press/Report for America Statehouse News Initiative. Report for America is a nonprofit national service program that places journalists in local newsrooms to report on undercovered issues. Follow him on Twitter at twitter.com/mikergoldberg. Follow Emily Wagster Pettus on Twitter at http://twitter.com/EWagsterPettus.