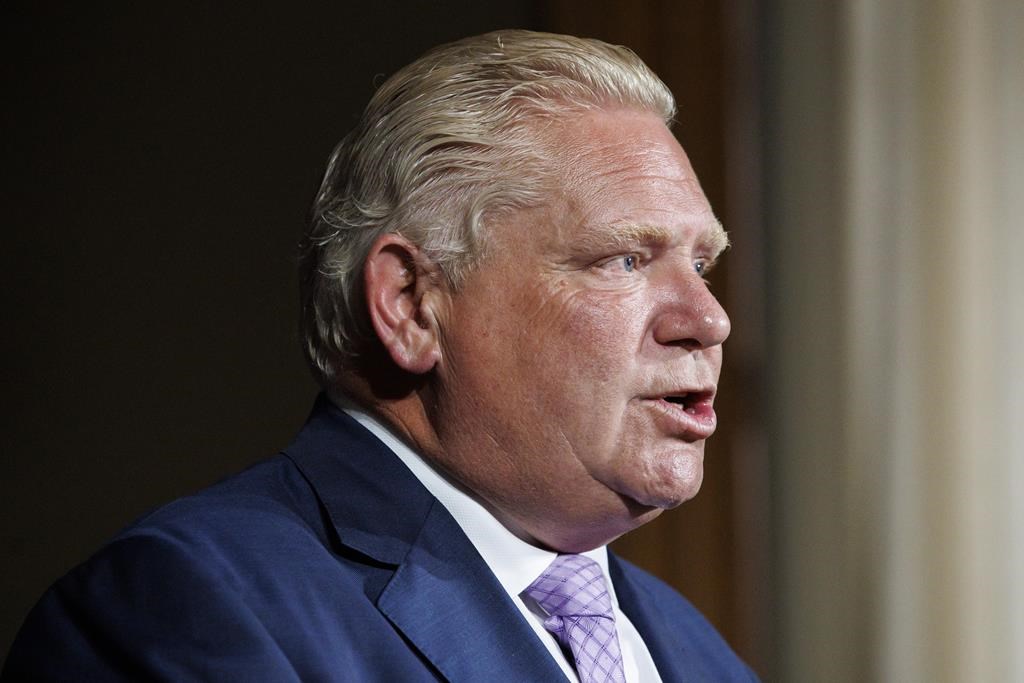 Canadian political pundits seem to spend a lot of time sifting the detritus of the US political scene to explain Canadian trends. But there may be better insights offered from surveying a system closer to home – the UK Westminster’s scene.

While Donald Trump still maintains a stranglehold on broad sectors of his own party and success in reinforcing institutional power for its ideology, recent developments in the UK shows how quickly a government’s fortunes can shift in a parliamentary system.

In 2019, Conservative Party leader Boris Johnson, running on a narrow populist platform of “getting Brexit done” won a massive landslide victory in the UK Parliament. He was one of the first post-ideology leaders, weaving his Conservative party indiscriminately to the right and left, in pursuit of votes.

Johnson’s victory was the final straw in the leadership demise of Labour’s Jeremy Corbyn and Jo Swinson of the Liberal Democrats. His campaign appealed to the traditional Labour trade union voters that had been the foundation of the ‘Red Wall’, the Northern UK geography that had protected the Labour party’s parliamentary fortunes for decades.

Johnson’s personal style was bombastic yet appealed to everyman, despite his elite background; his so-called ‘authenticity’ offered a unique shield in politics. A failure to grasp facts or the willingness to misinterpret data cavalierly, if not to outright mislead or lie, was dismissed as a nothing more than awkward by his mostly ardent supporters.

Because of the size of his parliamentary victory, and the initial weakness of his political opponents, it was hard to imagine that a time would come within Johnson’s first term of elected office that he would be on the verge of being turfed out by his own party.

Challenged over “partygate’ during the pandemic and scandalous behaviour of key staff and Ministers thriving in a culture of a  lack of accountability, Johnson deflects but rarely apologizes. He evinces little sense of responsibility for what those surrounding him are doing.

In May, the Conservatives suffered a series of catastrophic local council elections where Tory strongholds were smashed as well as two by-election losses in ultra safe Tory seats. Public opinion has soured on Boris’ antics.

Labour and Liberal Democrats party organizers worked closely behind the scenes to maximize votes for those non-Tory candidates most likely to win.

At Westminster, 41% of Conservative backbenchers challenged Boris ongoing leadership and  voted no-confidence, despite no clear leadership alternative in sight.

The cumulative cause has been that Johnson’s greatest claim to retaining office and the support of his own caucus, has not been his ideology but rather his re-electability.

Last week, two of his most prominent Ministers, Health and the Chancellor of the Exchequer, resigned, citing the need  to ‘conduct the business of government properly, competently and seriously.’

They had lost confidence that Johnson can mend his ways and see a real threat to their own electoral future. As Health Minister Javid wrote in his letter of resignation, ‘the non confidence vote … was a moment for humility, grip and new direction. I regret to say, however, that it is clear to me that this situation will not change under your leadership and you have therefore lost my confidence too.’ Boris Johnson subsequently tendered his resignation as Prime Minister later in the week.

In Canada, the ideological divides are much cleaner at the federal level and certainly in most provinces. Efforts by Erin O’Toole or some of the current crop of leadership candidates [ Charest and Brown] to maintain the political centre right in the Conservative Party remain under attack by former leader Scheer and front runner Poilievre.

Trudeau’s Liberals agreement with the NDP suggests a continued centre -left approach for the federal government.

In Alberta, the UCP is facing a divisive ideological battle between Conservatives and Wildrose elements. The extreme language and tone of the exchanges suggest an even further rightward shift.

In Quebec, Premier Legault’s CAC has dusted off the older elements of Quebec’s ‘nation’ rhetoric and linguistic goals as it gets set for its forthcoming campaign.

Could Ontario pose a parallel to both how Boris Johnson’s government gained power and an object lesson of what can happen in the future, depending upon how issues are managed over the next two years?

In 2022, Premier Ford won a a massive provincial victory, running on a narrow populist campaign of ‘getting it done’. Ford’s team boasts of being a post-ideology government, weaving the Conservative policies indiscriminately to the right and left, in pursuit of votes.

Despite an elite background, Mr. Ford has cloaked himself in a cloak of the everyday man; his authenticity provides a unique shield for his bombastic style and willingness to take risks- such as shoving a nephew into his cabinet. His successful outreach to trade unionists secured important seat gains in Windsor, Hamilton and Toronto.

Ford’s triumph pushed out the Liberal and New Democratic leaders. Their organizers are left to toy whether an informal progressive alliance in some seats might be the best way to defeat the Conservative juggernaut at the next election.

So far, political analysts can imagine few circumstance where Ford’s authority and control of the provincial government could be successfully challenged, given that so many of his caucus are personally dependent upon Ford’s electoral appeal.

In the absence of any ideology, the key to the situation will be Mr Ford’s ability to retain his re-electability. The bragging rights Mr Ford rightfully earned in 2022 will be put to the test by the twin spectres of stagflation and a looming recession.

In the interim, a return to his initial governance style remains his first challenge. Appointing his young nephew to Cabinet has reignited the debate about Mr. Ford’s political judgment.