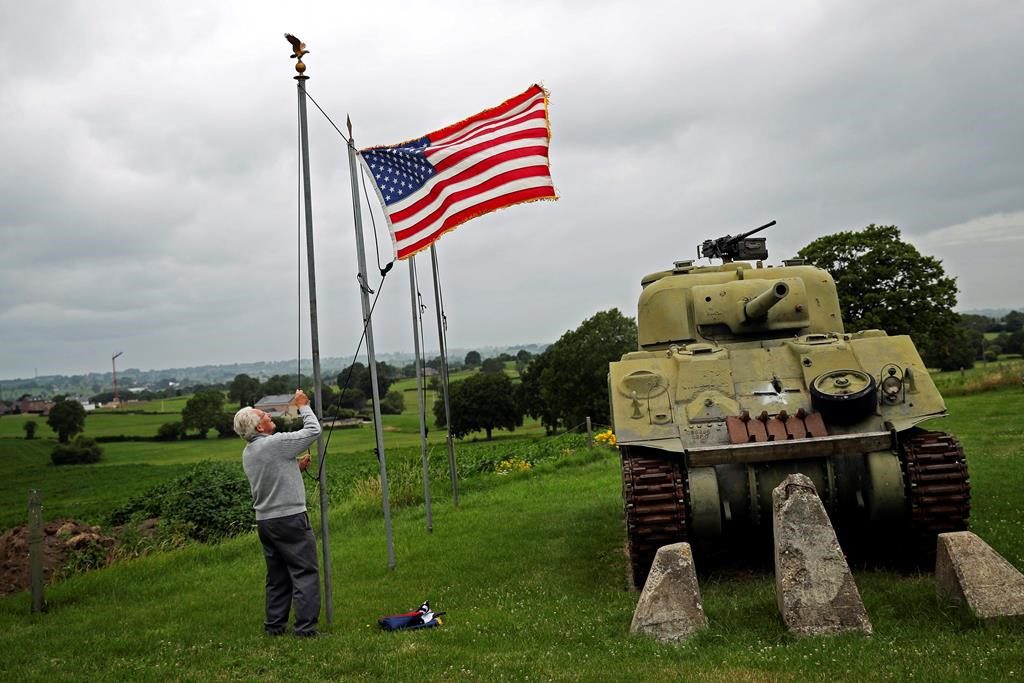 BRUSSELS â€” American tourists could soon be visiting continental Europe again, more than a year after the European Union restricted travel to the 27-nation bloc to a bare minimum to contain the coronavirus.

EU officials said Monday they are completing plans to allow Americans back this summer, depending on the course of the outbreak on both sides of the Atlantic.

The EU Commission, the EU’s executive arm, will make a proposal soon to its member states but didn't say when exactly leisure travel could resume or whether a reciprocal approach will apply to Europeans wanting to visit the U.S., which has closed its doors to tourists from the continent.

Also, it was not immediately clear whether all U.S. tourists would have to produce proof of vaccination for entry, or whether a negative test for the coronavirus or proof of recent recovery from COVID-19 would be acceptable instead.

"These are among the questions we'll still need to figure out," European Commission spokesman Adalbert Jahnz said. Jahnz said the EU's executive body is hoping to restore trans-Atlantic leisure travel “as soon as it is safe to do so."

On Sunday, The New York Times quoted Commission President Ursula von der Leyen as saying that fully vaccinated Americans will able to visit EU countries this summer since all coronavirus vaccines used in the U.S. have also been approved by the EU's regulator, the European Medicines Agency.

"This will enable free movement and the travel to the European Union,” she said. “Because one thing is clear: All 27 member states will accept, unconditionally, all those who are vaccinated with vaccines that are approved by EMA."

With more than 15 million Americans a year visiting Europe before the crisis, the prospect of U.S. travellers once more flocking to such attractions as the Eiffel Tower, the canals of Venice or Germany’s Brandenburg Gate is welcome news for the continent’s hard-hit tourism industry.

EF Go Ahead Tours, a Boston-based company that offers small group tours to Europe and elsewhere, said it expects demand to be extremely high once Americans can visit Europe again.

When Iceland reopened its borders earlier this month, bookings surged, and most summer tour dates are now sold out, the company said. Over the last month, as more Americans got vaccinated, the company also saw double-digit growth in European tour reservations for dates in 2022 and 2023.

The International Air Transport Association, a trade group that represents 290 airlines in 120 countries, applauded the news.

"This is a step in the right direction," IATA General Director Willie Walsh said in a statement. "It gives hope to people for so many reasons â€” to travel, to reunite with loved ones, to develop business opportunities or get back to work."

The group said people who test negative for COVID-19, not just those who get vaccinated, should be allowed to travel freely. IATA also said it is critical to develop globally recognized standards for vaccine certification. IATA is among groups testing a vaccine passport system.

Last week, the U.S. State Department urged Americans to reconsider any international travel they may have planned. It issued specific warnings not to visit roughly 80% of the world's countries due to risks from the coronavirus pandemic, including many European countries.

Rick Steves, who has written guidebooks and television shows about European travel, said he is glad European countries are working together and are eager to rekindle tourism. But he doesn't expect his company, Rick Steves' Europe, will offer its popular bus tours through Europe until late 2021 at the earliest to make sure travel restarts safely. Last March, Steves had to cancel and refund 20,000 tours.

"To avoid repeating that disappointment, I plan to be very conservative about restarting our tours," Steves said. "We will do so only when we believe it is safe, when Europe is able to provide the kind of experiential travel that is fundamental to our tour program and when we are reasonably confident that things will remain stable and open."

Jahnz said the EU has been following closely the vaccination drive in the U.S, where more than 94 million people 18 or older, or about 36.5% of the adult population, have been fully vaccinated.

The slow rollout of vaccines in the EU has left the bloc lagging well behind the U.S. But Von der Leyen said Monday that the region, home to around 450 million people, has already passed 123 million vaccinations and is on track to have vaccinated 70% of all adults by July.

The EU is putting the finishing touches to a system of certificates that would allow EU residents to travel freely across the region by the summer as long as they have been vaccinated, tested negative or recovered from the disease.

Under the plan discussed with their U.S. counterparts, certificates issued in the United States could be integrated into the program.

As for Britain, no longer an EU member, Americans visiting the United Kingdom have to isolate for 10 days and take coronavirus tests before and after travel.

Travel to the EU is extremely limited, confined mostly to a few countries with low infection rates, such as Australia and New Zealand. But Greece, which is heavily reliant on tourism, has already lifted quarantine restrictions for the U.S., Britain, the United Arab Emirates, Serbia, Israel, and non-EU members Iceland, Liechtenstein, Norway and Switzerland that are part of a European travel pact.

"Uniliteral approaches, from our perspective should be avoided," Jahnz said. "The objective is to continue to have a co-ordinated approach on the European level."

Meanwhile, the EU said Monday it has launched legal action against AstraZeneca, accusing it of failing to meet its vaccine delivery commitments under its contract with the bloc. The slow pace of the EU vaccination campaign has been blamed in part on the delays.

The British-Swedish drugmaker had hoped to deliver 80 million doses in the first quarter of 2021, but only 30 million were sent. According to the EU, the company is set to provide 70 million in the second quarter, rather than the 180 million it had promised.

AstraZeneca said in a statement that it will "strongly defend" itself in court.

Associated Press writers Dee-Ann Durbin in Detroit, Jill Lawless in London and Lorne Cook in Brussels contributed to this story.