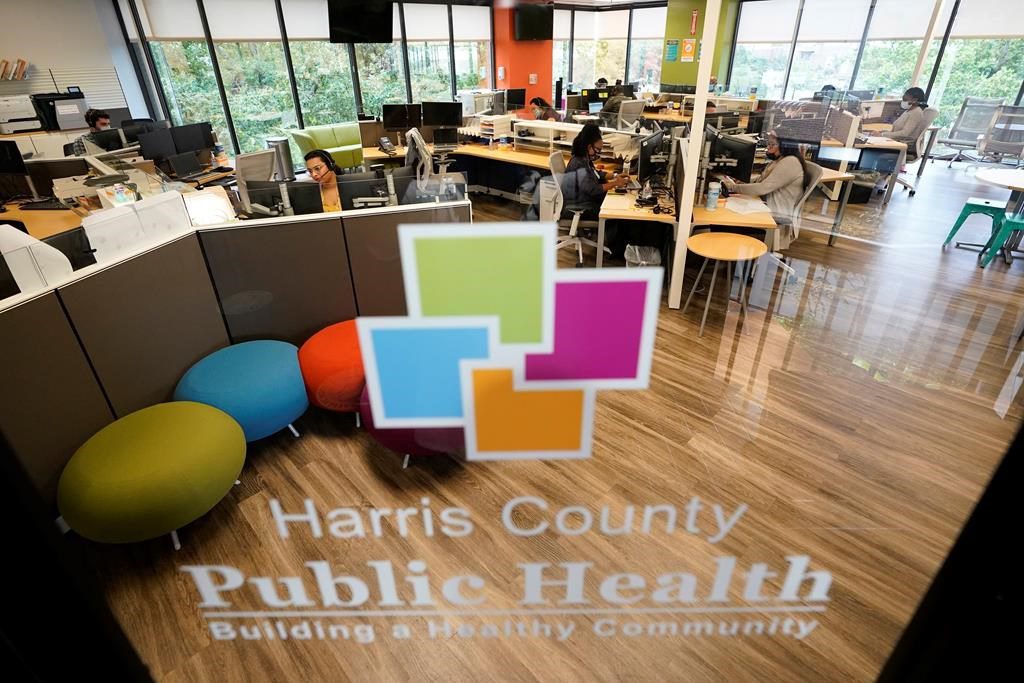 Health investigators across the U.S. are finding it nearly impossible to keep up with the deluge of new COVID-19 infections and carry out contact tracing efforts that were once seen as a pillar of the nation’s pandemic response.

States are hiring new staff and seeking out volunteers to bolster the ranks of contact tracers that have been overwhelmed by surging coronavirus cases.

Some states trimmed their contact tracing teams this spring and summer when virus numbers were dropping and are now scrambling to train new investigators. Others have triaged their teams to focus on the most vulnerable, such as cases involving schools or children too young to be vaccinated.

Texas got out of the business entirely, with the new two-year state budget that takes effect Sept. 1 explicitly prohibiting funds being used for contact tracing. That left it up to local health officials, but they can’t keep up at a time when Texas is averaging more than 16,000 new cases a day.

Mississippi has 150 staff working full time to identify people who have had close contact with an infected person, but they are swamped, too.

“A lot of times by the time of cases are reported, transmission has already occurred by the time we reach that person,” state epidemiologist Dr. Paul Byers said.

Since the pandemic began, states have been relying on the practice of contact tracing to track down, notify and monitor those who were exposed to someone who tested positive for the coronavirus.

Dr. Yvonne Maldonado, a professor of global health and infectious diseases at the Stanford University School of Medicine, said that while contact tracing can be time-intensive, especially if one person potentially exposed a lot of people, “it does in the end prevent additional cases.”

Maldonado said it’s a “staple of public health” and can be the only way someone can find out a stranger may have potentially exposed them to the disease.

The contact tracing response has varied from state to state throughout the pandemic.

New York, which has had a robust team, has adjusted its contract tracing staff with the pandemic’s waves. The state had more than 8,000 contract tracers in February and March of this year but now has 3,860 staff working on contract tracing. That does not include New York City, which has its own $600 million tracing initiative with thousands of staff.

Arkansas has hired two outside firms, General Dynamics Information Technology and Arkansas Foundation for Medical Care, to handle the investigations for the state. The firms have about 257 people working right now and are each trying to add about 100 more.

In Louisiana, another virus hotspot, state officials have added 130 people in recent weeks to their staff working on contact tracing. They now have more than 560 people working on tracing efforts.

In Idaho, a new public health website, VolunteerIdaho.com, encourages people with health care skills or a simple willingness to volunteer for Idaho’s Medical Reserve Corps. Among the volunteers they are seeking are people who can with contact tracing and data entry

Health officials say with the overwhelming number of new cases, they’re not able to track every case and instead try to focus on infections that could have exposed large numbers of people or vulnerable groups.

That’s the case in Alabama. Dr. Karen Landers with the Alabama Department of Health said her agency encourages anyone who tests positive or is exposed to follow isolation and quarantine guidelines and notify anyone they had close contact with, but the health department is focusing its resources on bigger outbreaks, clusters and group settings.

In Nevada, the investigators are prioritizing their efforts around cases involving children or schools, according to Julia Peek, Deputy Administrator of Community Health Services at Nevada’s health department.

In Texas, Gov. Greg Abbott last year approved a $295 million contract with a firm to run contact tracing for the state, but the deal drew conservative backlash and a lawsuit from lawmakers who said the governor overstepped his authority by approving the deal with the Legislature was not in session.

Abbott eventually won the lawsuit, but contact tracing funds were stripped from the new budget.

Local governments say they’re continuing the effort and trying to ramp up staffing as cases climb. In Austin, for example, the local health department had about 50 investigators working on contact tracing at the peak of the pandemic. But when cases dropped, they reduced their staff to 12, according to Austin Public Health spokesman to Matt Lara.

In California, state workers have been dispatched to help county health department teams working on contract tracing. At the peak of the pandemic, Los Angeles County had about 2,800 people working on the effort until this spring, when cases began falling, said True Beck, a public health worker who manages a team of contract tracers for the county.

Beck said some staff in the spring were reassigned to make calls encouraging people to get vaccines and others were sent back to their regular jobs at other county departments, but lately they’ve been bringing people back and have about 1,000 working.

She said the work is relentless and the calls, which can last an hour, can be emotional. Workers making contract tracing calls not only help people learn about what they should do to keep themselves and others safe, but they can hear from people who are scared, lonely or grieving or in need of assistance, such as with paying rent or getting food. Beck said the staff on her team try to help and connect people with other resources.

“It’s hard to do this day in and day out calling perfect strangers,” she said.

She said people are not as eager to talk or do interviews as they were earlier in the pandemic, when there was a lot more fear and unknowns about the virus.

“Now I think people are a little tired of COVID. I think we all are, frankly.”