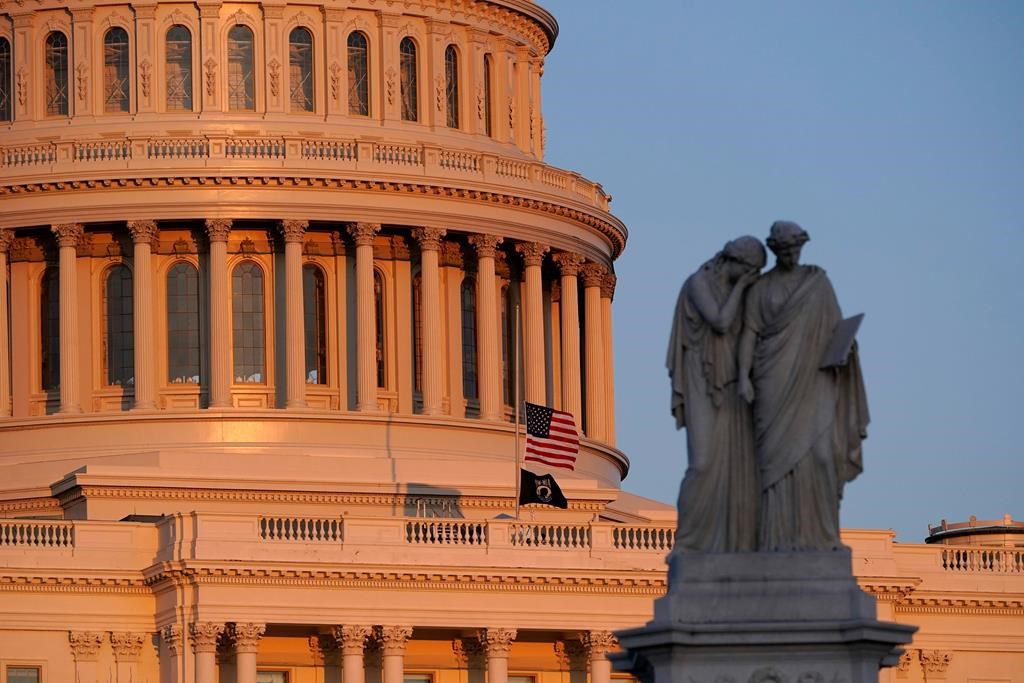 WASHINGTON â€” Slain U.S. Capitol Police Officer William "Billy" Evans will lie in honour in the Capitol Rotunda on Tuesday during the second such memorial ceremony this year for a force that has edged close to crisis in the wake of the Jan. 6 insurrection.

President Joe Biden and congressional leaders will attend a midday ceremony for Evans, 41, who was killed April 2 when a vehicle rammed into him and another officer at a barricade just 100 yards (91 metres) from the Senate side of the Capitol. The driver, Noah Green, 25, came out of the car with a knife and was shot to death by police. Investigators believe Green had been delusional and increasingly having suicidal thoughts.

Evans' death came just three months after a violent mob of President Donald Trump's supporters blew past security barricades and attacked the Capitol, injuring dozens of Capitol Police officers. Officer Brian Sicknick died after engaging with the rioters, though officials do not yet know exactly what caused his death. Two men have been arrested and charged with assaulting him with bear spray.

Sicknick and Evans are two of only six Capitol Police officers who have been killed in the line of duty in the force's nearly 200-year history, according to the department. Another officer, Howard Liebengood, died by suicide in the days after Jan. 6.

The three deaths in as many months have taken an unbearable toll on the force, which has been overworked and understaffed as leaders try to figure out how to move forward after the mistakes of Jan. 6. The Capitol Police were massively unprepared for the hundreds of violent Trump supporters who pushed past them that day, injuring them as they broke into the building. In the weeks and months since, top leaders have resigned and many have considered leaving the department. Officials have brought in trauma therapists, and lawmakers are considering what more they can do.

"This is a group of men and women who've been through an overwhelming amount of trauma over the last few months," said Rep. Tim Ryan, D-Ohio, who heads a spending committee that oversees the Capitol Police and has been investigating the response to the insurrection. "The loss of Officer Evans is yet another stark reminder of what our brothers and sisters in uniform risk every day to protect us. The honour of lying in state under the Capitol dome is befitting of this American hero."

Lawmakers, family and members of the police force will be invited to pay their respects to Evans after the ceremony with Biden and congressional leaders. He will be only the sixth person to lie in honour in the Capitol Rotunda, a designation for those who are not elected officials, judges or military leaders.

Evans, who had two young children, was an 18-year veteran of the force. He was remembered by colleagues and friends as a man with a sense of humour who loved baseball and golf.

Members of his family said in a statement through the police earlier this month that most important in his life were his two children, Logan and Abigail.

"His most cherished moments were those spent with them â€” building with Lego, having lightsaber duels, playing board games, doing arts and crafts, and recently finishing the Harry Potter series," the family said. "He was always so eager to show how proud he was of everything they did."

The family said Evans was proud of his job and his friendship with colleagues near the "North Barricade" of the Capitol complex was one of the best parts of it.

"We hold them in our hearts, as we know they acutely share our grief," they said.

Sen. Dick Durbin, D-Ill., said on the Senate floor Monday evening that Evans was a "familiar and friendly face" at that barricade where he died, a gate that is frequently used by senators and staff. Durbin said the three deaths this year are an "incredible hardship" for the department and Congress owes them a debt that can never be repaid.

"Every day it is incumbent on those of us who work in this building to remember this officer, and to thank him, and the men and women of the U.S. Capitol Police who have given so much to keep us safe," Durbin said.

Rep. Jennifer Wexton, D-Va., who represented Liebengood and has gotten to know his family since his suicide, has worked to find more mental health resources for the Capitol Police as they have worked extra shifts and dealt with the trauma of losing their colleagues. She said the current pace for the force is unsustainable.