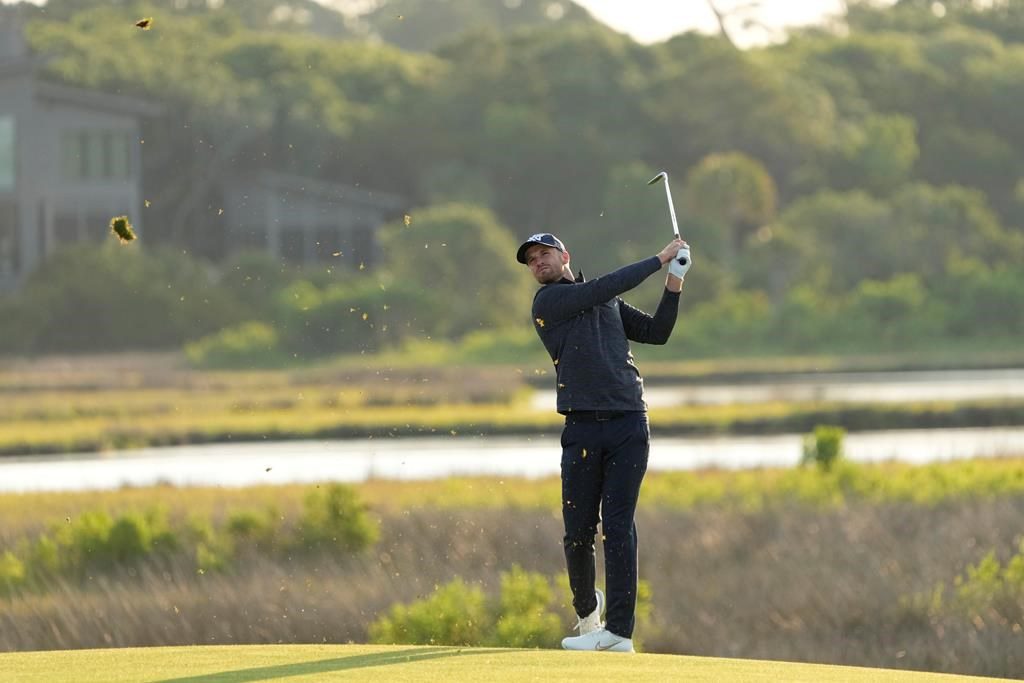 RIDGELAND, S.C. (AP) — Tucked in a remote location off I-95 in sparsely populated southern South Carolina, a hidden Tom Fazio layout is ready to show itself off to a national audience when the PGA Tour holds the Palmetto Championship at Congaree Golf Club this week.

It’s hard to tell the difference. There’s no signage pointing the way from the highway or a big, splashy entrance welcoming golfers and fans when they arrive. Still, the PGA Tour rushed to add Congaree to the schedule when COVID-19 concerns canceled the RBC Canadian Open.

“From the moment I stepped onto Congaree in 2019, I knew it was a special place,” Tour executive vice president Ty Votaw said.

The four-year-old course was built to challenge the world’s best, Davidson said. It had bid on the 2026 Presidents Cup matches, but lost out to Medinah Country Club in Illinois.

“We didn’t like that. We thought, ‘Why is it that we’re not giving us a chance? Do they see it as too remote?’” Davidson said. “We see this week as proof of concept.”

The club can certainly show it belongs among the country’s best courses this week. World No. 1 Dustin Johnson and four-time major champion Brooks Koepka are among those teeing off Thursday in the last event to tune up for the U.S. Open at Torrey Pines a week later.

The course ranks as No. 2 in South Carolina, according to Golf Digest’s 2021 ratings — behind only the Ocean Course at Kiawah Island, which hosted the PGA Championship last month.

Golf was only part of the club’s mission. It was started by billionaire businessmen Dan Friedkin and the late Robert McNair, who owned the NFL’s Houston Texans.

The two planned a place where members, some 200 who are referred to as ambassadors, spent significant time on philanthropy and growing the game.

The club established the Congaree Global Golf Initiative, which Davidson describes as a “junior boot camp” for those hoping to play or study the game in college. Davidson said there have been 68 boys and girls who’ve taken part and 27 have earned college scholarships.

Anthony Ford II from Atlanta now plays for North Carolina A&T. He remembers his time at the CGGI as intense. He had a full club fitting for the first time and discovered what he had to do to play in college.

There are guidance counselors who help with SAT preparation along with high-level golf instruction, including the business part of the game.

“These kids come and they work with experts in our field,” Davidson said.

The Congaree Foundation, the club’s charity arm, recently purchased nearby nine-hole Sergeant Jasper Golf Club with the goal to create a course for prep golf teams and young players to play and learn.

Davidson said club ambassadors are generous with their finances and their time. “The impact that they make to the kids by giving all their time as mentors has really allowed us to create a model which I think in the world today is unique,” he said.

Lucas Glover, the 2009 U.S. Open champion, is one such ambassador. He spurred fundraising to modernize the Sergeant Jasper course with his “Recharge The Sarge” initiative, which raised $30,000, according to course superintendent Bill Henderson.

The money went to a new irrigation system.

“I’ve been around the game a long time and you hear things about places and most don’t deliver,” Glover said. “This one delivers.”

Henderson, who’s spent his career in the golf industry, has seen plenty of high-end clubs filled with power members who promise big things. At Congaree, they’ve lived up to their promises, he said.

That was evident when Henderson was first clearing out the overgrown, 60-year-old public course. When he looked up, several golf carts filled with Congaree golf pros and officials, including John McNeely, the foundation’s executive program director, had arrived to help with the cleanup.

“They all wanted to know where they could start,” Henderson said. “So I gave them all shovels. These are guys used to owning companies that do this, and they’re getting it done themselves.”

Davidson said ownership hasn’t given up its chase for golf’s big events and plans to bid on another Presidents Cup match between the United States and an international squad.