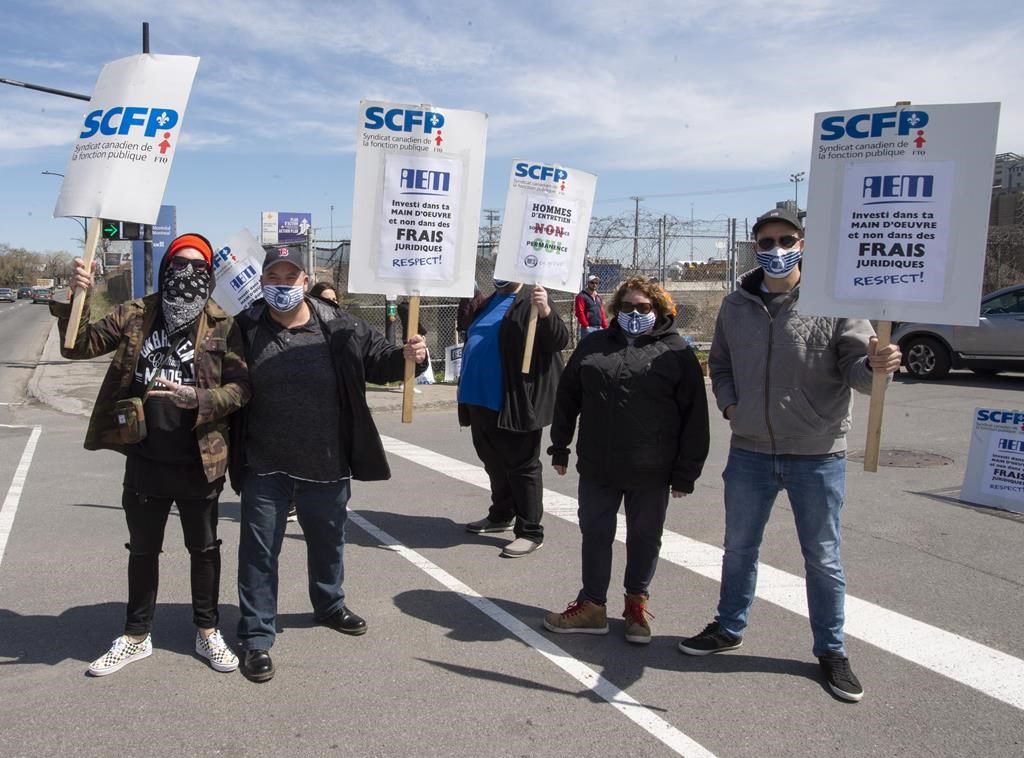 OTTAWA â€” The House of Commons was expected in the wee hours Thursday to approve legislation to put an end to a strike that has shut down one of Canada’s busiest ports.

Operations at the Port of Montreal, through which millions of tonnes of goods flow, came to a halt after 1,150 dockworkers began a strike Monday morning.

Labour Minister Filomena Tassi said if the strike is allowed to drag on it would cost the economy $40 million to $100 million per week, directly threaten 19,000 other jobs and indirectly affect hundreds of thousands of jobs across the country.

And she said it’s a matter of life and death because the strike has left essential medical supplies and pharmaceuticals sitting in shipping containers as the COVID-19 pandemic rages.

“I cannot impress upon you enough, this situation is dire,” she said Wednesday in the Commons, where debate on the bill was expected to continue past midnight before finally being put to a vote.

“The supply chains are critical and we have to keep goods moving. And this is really a situation where, for the health and safety of Canadians and the economy, we must take this action.”

Tassi said the back-to-work legislation is a last resort after more than two years of efforts to find a negotiated solution failed.

Workers at the port have been without a contract since December 2018 and started to refuse overtime and weekend work earlier this month.

The union previously held a 10-day strike in August.

The Canadian Union of Public Employees, which represents the dockworkers, said the current dispute was sparked by their employer, the Maritime Employers Association, imposing extended workday hours without consulting workers.

Bloc QuÃ©bÃ©cois Leader Yves-Francois Blanchet said the strike could be called off immediately if the federal government ordered the employers association to cancel the work schedule changes.

“Take your damn phone, call them,” he said.

NDP Leader Jagmeet Singh said the bill undermines the right to collective bargaining and will do long-term damage to relations between dockworkers and their employer that will cause tensions down the road.

The government has also been criticized by the Conservatives for not doing enough to avert the strike. But leader Erin O’Toole has said his party will support the legislation because of the potential damage a prolonged strike could cause Canada’s economy.

Manitoba Conservative MP Dan Mazier said he was “devastated” that government inaction had led to the strike. Nevertheless, he said putting an end to it is necessary to give assurance to farmers that they’ll receive needed shipments of seeds and fertilizer as they start planting their crops.

Conservatives abstained Wednesday on a vote to impose closure on debate over a motion setting out the procedural steps for fast-tracking the back-to-work bill.

That allowed the closure motion to pass by a vote of 152-58, paving the way for hours of debate on the procedural motion and, eventually, on the bill itself.

The Senate, which is currently adjourned, has been recalled to deal with the bill on Friday.

The legislation would require dockworkers to return to work immediately after the bill receives royal assent.

It would extend their previous collective agreement until a new one is negotiated and prohibit any strikes or lockouts in the meantime. If negotiations fail again, the bill would impose a mediator-arbitrator on both parties