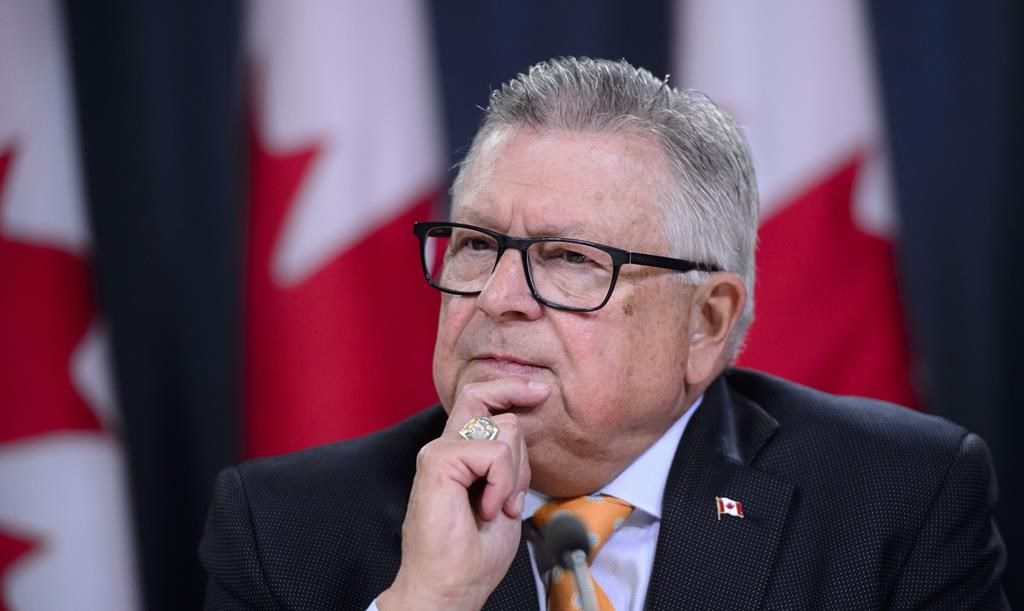 OTTAWA â€” A meeting of G7 leaders this spring and one involving scores of global delegates intent on tackling climate change later this year are going to be pivotal events for the reeling international community, says the newly appointed high commissioner for Canada in the United Kingdom.

Former Liberal cabinet minister Ralph Goodale will advise Prime Minister Justin Trudeau on how Ottawa and London should work together to beat the COVID-19 pandemic, fight climate change, pursue post-Brexit trade and build back after the pandemic.

“Canada’s in a very fortunate position in terms of the strength that we had going into the pandemic, and the economic downturn that was caused by the pandemic,” Goodale said Wednesday in an interview. “So we’ll be in an equally advantageous position coming out.

“But as a country that’s very dependent on trade, and successful international commerce, we obviously want to see the rest of the world recovering well, too, because they are our our friends, our allies and our customers,” Goodale added.

“So getting that that international co-operation and synchronization of various policies and initiatives will be important.”

Goodale pointed to the coming G7 summit and the United Nations Climate Change Conference in November â€” both to be hosted by Britain, possibly virtually â€” “that will be pivotal on all of this.”

The U.K. is one of Canada's largest trading partners. The Canada-U.K. Trade Continuity Agreement entered into force on April 1, preserving preferential market access for businesses in both countries.

“It’s a good arrangement, and it’s working well. But we we want to have a full-fledged Canada-U.K. agreement in place as quickly as we can get it,” Goodale said.

“I think there are a lot of hopes on both sides about what can be negotiated. Our relationship is already a very good one. But it can always be better. And we’ll be working on that, to try to achieve that that good result for for Canada.”

Goodale said International Trade Minister Mary Ng was in touch with him Wednesday to discuss the importance of bilateral trade with Britain in the post-Brexit era.

He said he received his first dose of COVID-19 vaccine and plans to head to London soon.

During the last year, Goodale has served as a special adviser for Canada’s ongoing response to Iran’s shooting down of Ukraine International Airlines Flight PS752 in January 2020.

“Goodale’s decades of experience will continue to serve Canadians well in his new position,” Trudeau said Wednesday in a statement.

“He will work to further strengthen the friendship between our two countries while we work together to tackle our greatest challenges, and continue to offer thoughtful and heartfelt advice on behalf of Canadians.”

Although he released his report on the PS752 tragedy in December, Goodale will continue to provide consultation on the issue, the prime minister’s office said.

Goodale was first elected to Parliament in 1974 at the age of 24, representing Assiniboia in Saskatchewan. In the 1980s, he served as leader of the provincial Liberal party, and was elected to the Saskatchewan Legislative Assembly in 1986.

He returned to the House of Commons in 1993 and was subsequently re-elected seven times including in 2015. He lost his seat in Regina-Wascana in the 2019 federal election.