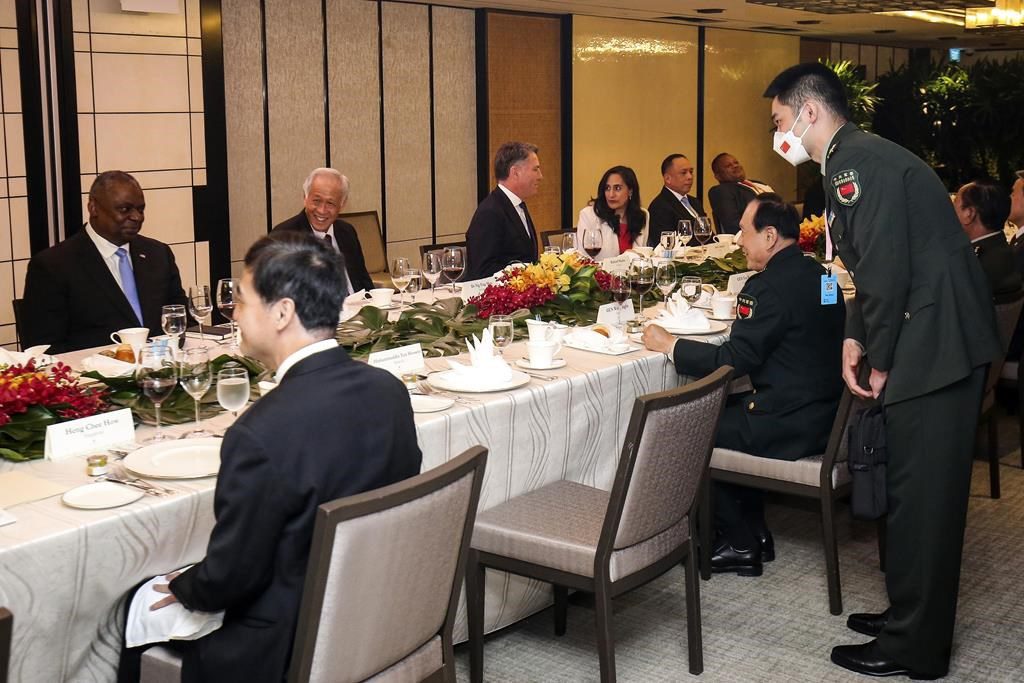 BEIJING (AP) — The defense chiefs of rival powers China and the U.S. will both attend next week’s expanded meeting of Southeast Asian security ministers in Cambodia, though it’s unclear whether they would meet face to face.

Both officials plan to meet with participants on the margins of the main gathering of ministers from the 10-nation organization known as ASEAN.

Their two countries are chief rivals for influence in the region, where China is seeking to smooth over disputes surrounding its determination to assert its claim to the South China Sea, including through the construction of artifical islands equipped with airstrips and other infrastructure.

The two countries are also at odds over Russia, which China has refused to condemn or sanction over its invasion of Ukraine, and the status of Taiwan, which China claims as its own territory and threatens to attack.

China’s Defense Ministry said Wei would address the assembly and meet with heads of other delegations to discuss “bilateral cooperation and issues of regional and international concern.”

It said he would also hold talks with civilian and military leaders of close Chinese ally Cambodia, with whom it is working on expanding a port facility that could give it a presence on the Gulf of Thailand.

China and four ASEAN members share overlapping claims to territory in the South China Sea, home to vital shipping lanes, along with plentiful fish stocks and undersea mineral resources. China and ASEAN have made little headway on finalizing a code of conduct to avoid conflicts in the area.

While China’s capacities are growing rapidly, the U.S. remains the region’s dominant military power and, while it doesn’t officially take a stand on sovereignty issues, it has refused to acknowledge China’s blanket claims. The U.S. Navy regularly sails past Chinese-held islands in what it calls freedom of navigation operations, prompting a furious response from Beijing.

The U.S. also has a security alliance with the Philippines and strong relations with other ASEAN members, with the exception of Myanmar, where the military has launched a brutal crackdown since taking power last year.

The U.S. Defense Department said that Austin would hold an “informal multilateral engagement” with his ASEAN counterparts and meet with officials from Cambodia and partner nations “to bring greater stability, transparency, and openness to the Indo-Pacific region.”

At a previous defense forum attended by both U.S. and Chinese ministers in June in Singapore, Austin delivered a speech saying China’s “steady increase in provocative and destabilizing military activity near Taiwan” threatens to undermine the region’s security and prosperity.

Wei said at the same conference that the U.S. is trying to turn Southeast Asian countries against Beijing and is seeking to advance its own interests “under the guise of multilateralism.”