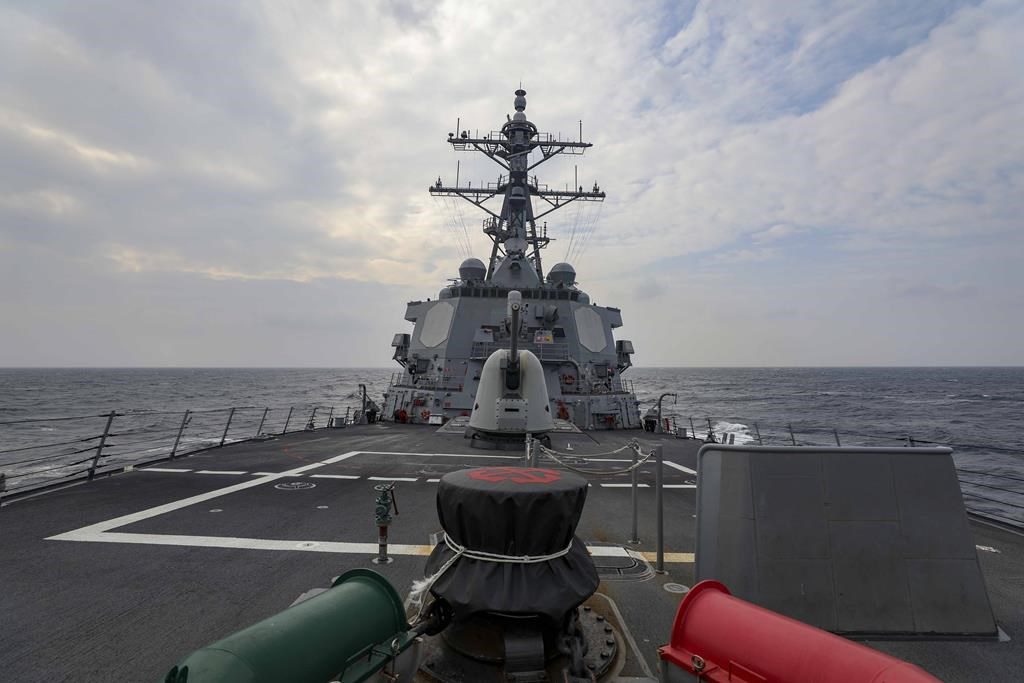 BEIJING (AP) — China toned down its rhetoric on Taiwan on Wednesday, saying it is inevitable that the self-governing island comes under its control but that it would promote efforts to achieve that peacefully.

The comments came one day after the U.S. and Canadian navies sailed through the strait between China and Taiwan.

They don’t appear to signal a change in policy as much as a broader attempt to calm the waters on multiple fronts in the run-up to a major meeting of the ruling Communist Party next month.

“I would like to reiterate that … we are willing to strive for the prospect of peaceful reunification with the greatest sincerity and utmost efforts,” Ma Xiaoguang, the government spokesperson on Taiwan, said when asked about growing concern that China might resort to force.

China conducted major military drills around the island last month in response to a visit by senior U.S. lawmaker Nancy Pelosi, the speaker of the House of Representatives.

China’s Defense Ministry for the second time in recent weeks noted the sailing of U.S. warships through the Taiwan Strait but refrained from calling it provocative, as it had earlier this year.

Chinese forces monitored the USS Higgins, a guided-missile destroyer, and a Canadian frigate, the HMCS Vancouver, spokesperson Col. Shi Yi said in a statement. He added that the military will resolutely defend national sovereignty and territorial integrity.

The U.S. Navy said in a statement that Tuesday’s joint maneuver “demonstrates the commitment of the United States and our allies and partners to a free and open Indo-Pacific.”