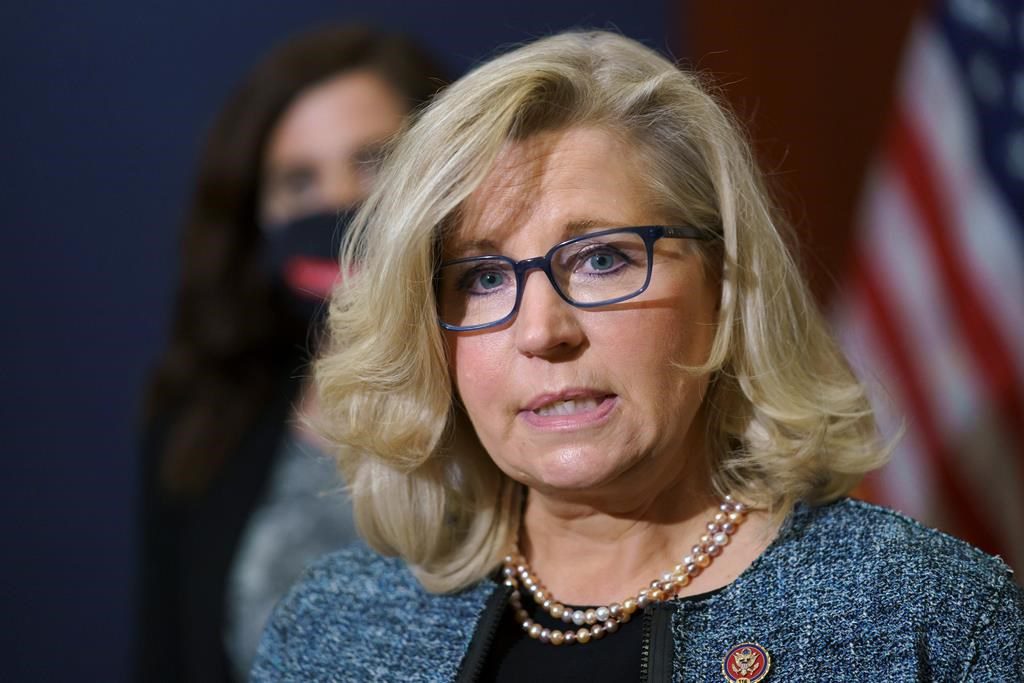 Trump suggested Tuesday that Wyoming’s congresswoman would become a lobbyist or "maybe embarrass her family by running for president" to save face amid criticism for her vote to impeach Trump for his role in the Jan. 6 riot at the U.S. Capitol.

Cheney struck down any such ideas in a call with Wyoming reporters.

"I am absolutely dedicated and committed to winning my primary and earning the votes of the people of Wyoming," Cheney said.

Cheney joined nine Republican representatives and all Democrats in the U.S. House in voting to impeach. She has called it a vote of her conscience against Trump’s betrayal of his office and oath to uphold the Constitution.

In February, the Wyoming Republican Party central committee censured Cheney for her vote. Four Republicans already are running against her in 2022.

They include two state legislators, Sen. Anthony Bouchard of Cheyenne and Rep. Chuck Gray of Casper, who aren’t well known beyond Wyoming’s two biggest cities. Two other Republican opponents are even less well-known. Wyoming’s top elected officials have either voiced support for Cheney or not weighed in on her impeachment vote.

Cheney insisted Republicans remain united on their goal of retaking House and Senate majorities in 2022.

"We have to return to being of ideas and substance an policy, give people hope. And also convey that people can trust us, they can count on us, that we are the party of responsible, confident, conservative leadership,” she said Wednesday. “I think on all of those issues we’ve got real unity."