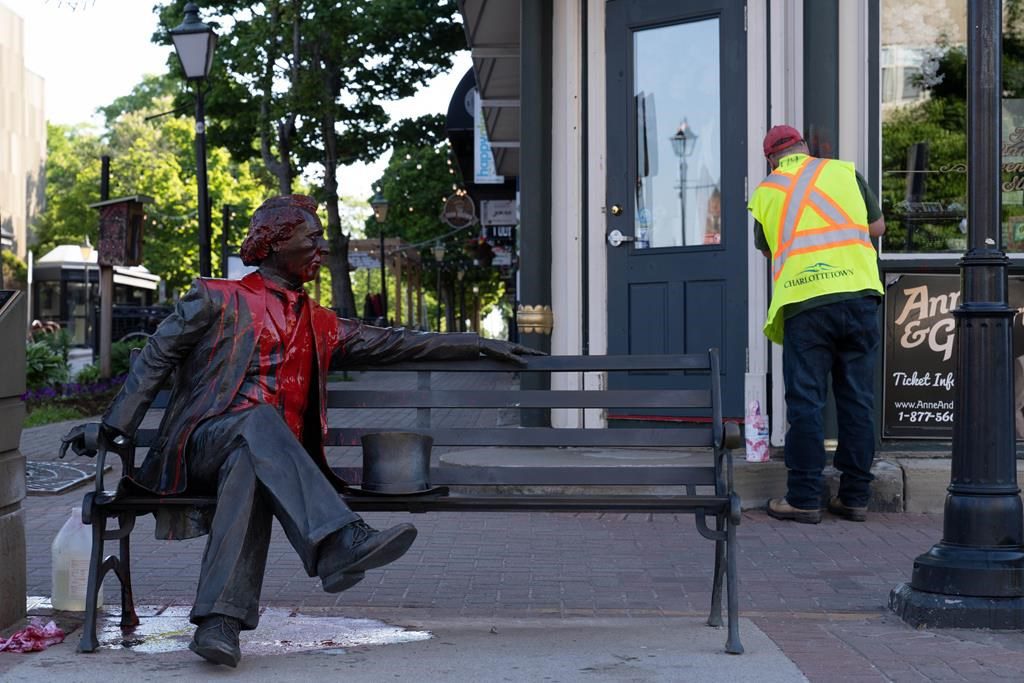 Charlottetown city council will decide Monday night how to proceed with possible changes to a statue of Canada’s first prime minister.

The artwork in Prince Edward Island’s capital, which features Sir John A. Macdonald sitting on a bench, has been vandalized three times in recent months.

Indigenous groups on the Island have asked for changes, with one recommendation calling for the addition of a sculpted Indigenous elder next to Macdonald to create the image of a conversation.

They also want a new plaque that tells more of Macdonald’s history, including his role in the creation of the residential school system.

Charlottetown Mayor Phillip Brown says reconciliation is important and he recognizes the need for council to work with the First Nations.

Brown says he hopes any changes approved by council can be made as soon as possible.

Note to readers: This is a corrected story. A previous version said the meeting was tonight.