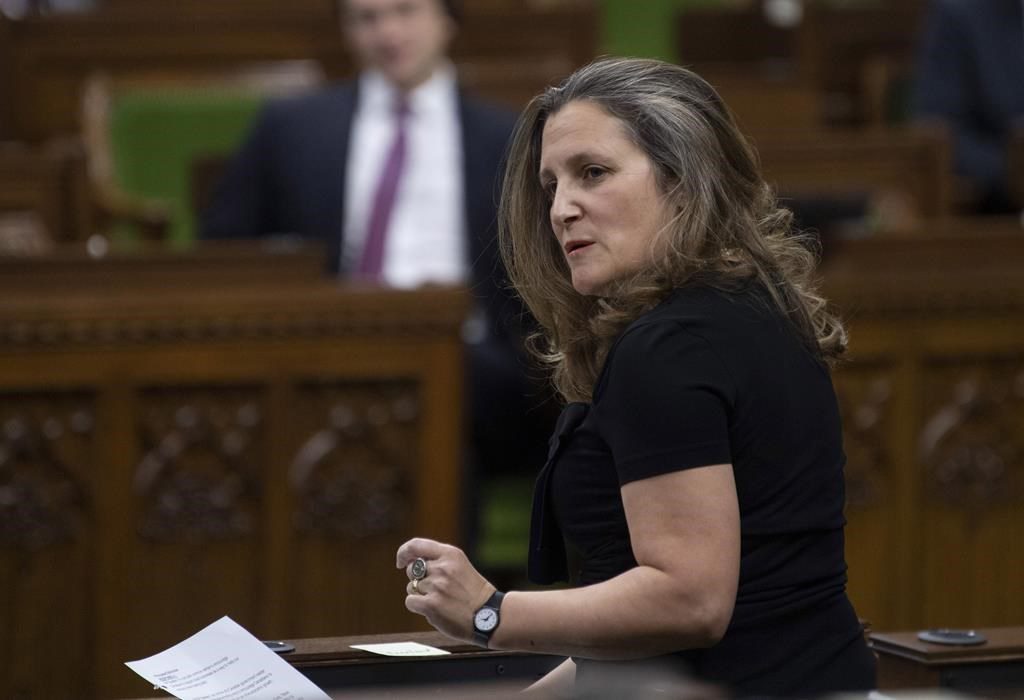 OTTAWA â€” Canada’s charities are hoping the Liberals extend them a helping hand in net week’s budget as the sector faces the possibility of a prolonged road to recovery, even after the economy reopens.

Charities and non-profits have been hit hard during the pandemic as donations have dried up while demand for their services spiked.

Imagine Canada, a charity that promotes the work of the sector, said groups have on average seen just over two-fifths of their earnings disappear due to the pandemic.

The organization’s CEO, Bruce MacDonald, said charities and non-profits are hoping the government extends and expands access to the rent and wage subsidies set to end in June.

He also said more targeted support is needed, including finding ways for the government to incentivize donations and federal grants to cover operating expenses.

Above all, MacDonald said the supports can’t end when the economy fully reopens because it will likely take far longer for revenues to rebound for charities than it will for private-sector businesses.

Canadians are sitting on about $200 billion or so in accumulated savings through the pandemic that businesses are banking will start being spent in the second half of the year as vaccination rates rise.

While Canadians may return to their favourite restaurant or feel comfortable hopping on planes to travel, charities would be looking at a much longer timeline for a return to pre-pandemic normalcy, MacDonald said.

Events, conferences or galas used to raise revenues take months of planning, he said, and donations may be secondary to consumer spending plans.

“This potential gap between the end of some of these large federal programs, and the whole restart of the economy, could in fact be the darkest time for charities in this country,” he said.

“Many will have already used up their their reserves and because our revenue models are likely to be slower to respond to a restart of the economy, having that kind of continued bridge support will be important so that, as we’ve made it this far, we don’t collapse before the economy restarts.”

Just over two-thirds of charities have seen a decline in donations since the onset of the pandemic. Those that rely on earned income through the sale of goods or services â€” which pre-pandemic accounted for 42 per cent of the sector’s funding pie â€” have reported revenue declines of nearly two-thirds.

Overall, Imagine Canada pegs the cumulative loss to charities and non-profits last year at between $9.5 billion and $15.7 billion.

The federal wage subsidy has been among the most used of federal aid programs, credited with preserving on average 55 per cent of paid positions at recipient charities and non-profits.

The sector has been in talks with the government for months about how support can be extended and reshaped to help more charities and non-profits qualify, not unlike calls from small businesses ahead of the budget.

Social Development Minister Ahmed Hussen said Wednesday that he recognized the challenges charities and non-profits have faced from COVID-19 and that conversations recently have looked at the “longer term resiliency of the sector.”

He noted the take-up of the wage and rent subsidies, then added the government will “continue that approach and we will continue to be there for the sector.”

Overall, the sector is estimated to contribute about 8.5 per cent to Canada's economic output, and employs 2.4 million people, four-fifths of whom are women.