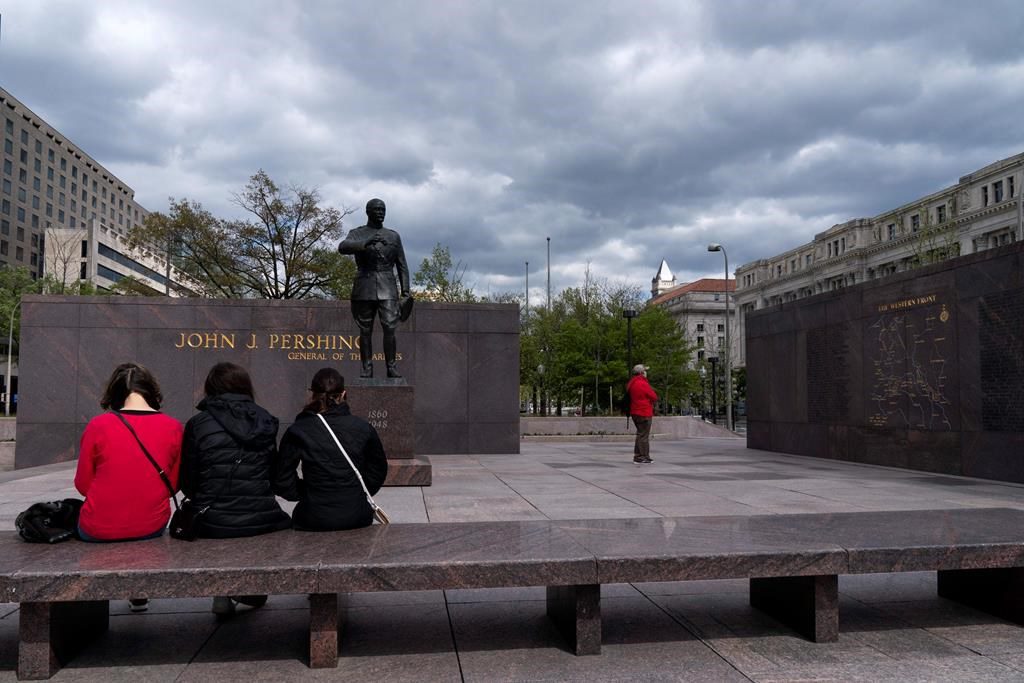 WASHINGTON â€” The new World War I Memorial in Washington, D.C., will open to the public Saturday, and its launch was marked by a ceremony and flag-raising in honour of the 4.7 million veterans who served in what’s known as America’s Great War.

In remarks during the virtual ceremony, President Joe Biden paid tribute to the 4.7 million who served in the war, and the 116,516 Americans who lost their lives in it.

"Let us remember all that was sacrificed, all that was sanctified by the proud brave Americans who served in World War 1," said Biden in taped remarks. "More than 100 years have passed, but the legacy and courage of those Doughboys sailing off to war and the values they fought to defend still live in our nation today."

In December 2014, President Barack Obama signed legislation authorizing the U.S. World War I Centennial Commission to establish the memorial. And it re-designated Pershing Park, an existing memorial to General John J. Pershing, commander of American forces in World War I, as the national World War I Memorial.

The First Colors ceremony on Friday included the raising of a flag by the U.S. military’s 3d Infantry Regiment, known as the Old Guard. The flag flew over the U.S. Capitol on April 6, 2017, the 100-year anniversary of the day the United States entered the war. World War I is the last of the nation’s four major 20th Century wars to be commemorated with a memorial in Washington, D.C.

The war, said Biden, was the first modern conflict, with the first use of planes and tanks.

"In some ways the Great War shifted America’s thinking about ourselves and redefined our place in the world," Biden said. "We grappled with what we stood for, what we were willing to fight and die for and to defend, principles of freedom and democracy."

The memorial features fountains and sculptures, and is just a short distance from the White House. The ceremony also included a flyover by two F-22 fighter jets.