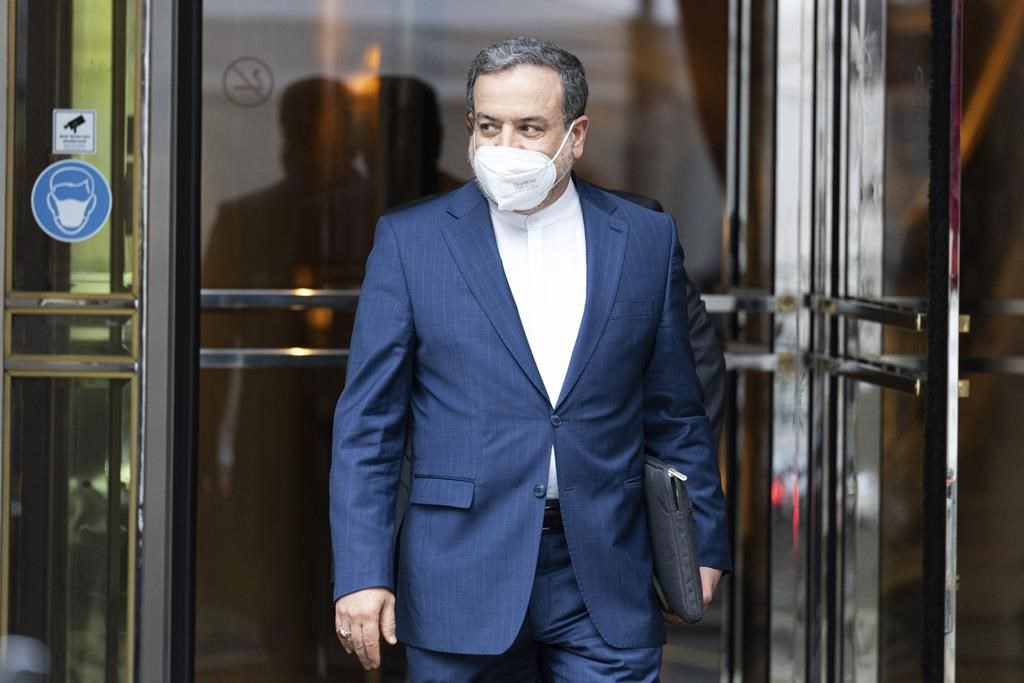 VIENNA (AP) — Diplomats from outside the European Union cautioned Sunday that negotiations with Iran to salvage a landmark nuclear deal still need more time, as leaders of the Group of Seven wealthy nations reaffirmed a commitment to stop the Islamic republic from building nuclear weapons.

Iranian envoys held another round of negotiations with international delegations in Vienna a day after EU coordinators suggested that differences over the 2015 accord limiting Iran’s nuclear activities had narrowed further. But Iranian Deputy Foreign Minister Abbas Araghchi told Iranian state media he thought a deal was unlikely to emerge in the coming week. A diplomat from Russia also said more time was needed to work out details.

The Vienna meetings are aimed at rebuilding a nuclear containment agreement between Iran and major world powers that the Trump administration withdrew the United States from in 2018.

U.S. President Joe Biden and other G-7 leaders expressed support for the Vienna process after a three-day summit in southwest England that ended Sunday. The G-7 nations are Canada, France, Germany, Italy, Japan, the United Kingdom and the United States.

“We are committed to ensuring that Iran will never develop a nuclear weapon,” the leaders said in a joint statement.

“A restored and fully-implemented (nuclear deal) could also pave the way to further address regional and security concerns,” the statement said.

A resolution would see Iran return to commitments made in 2015, aimed at making the development of a nuclear weapon impossible, in exchange for lighter U.S. sanctions.

U.S. Secretary of State Antony Blinken said Sunday on CBS’ “Face the Nation” that Iran had been “galloping forward” with its nuclear ambitions and violating the terms of the accord since the United States pulled out of the deal.

“I think puts some urgency in seeing if we can put the nuclear problem back in the box,” Blinken said.

An Iranian pro-opposition group held a small protest outside the famed Vienna Opera House, near the downtown hotel where the talks are taking place. Organizers said local police in Austria’s capital instructed them not to protest outside the hotel. The event ended peacefully. ___

A previous version corrected the spelling of the surname of Iran’s deputy foreign minister to Araghchi, not Araqchi.