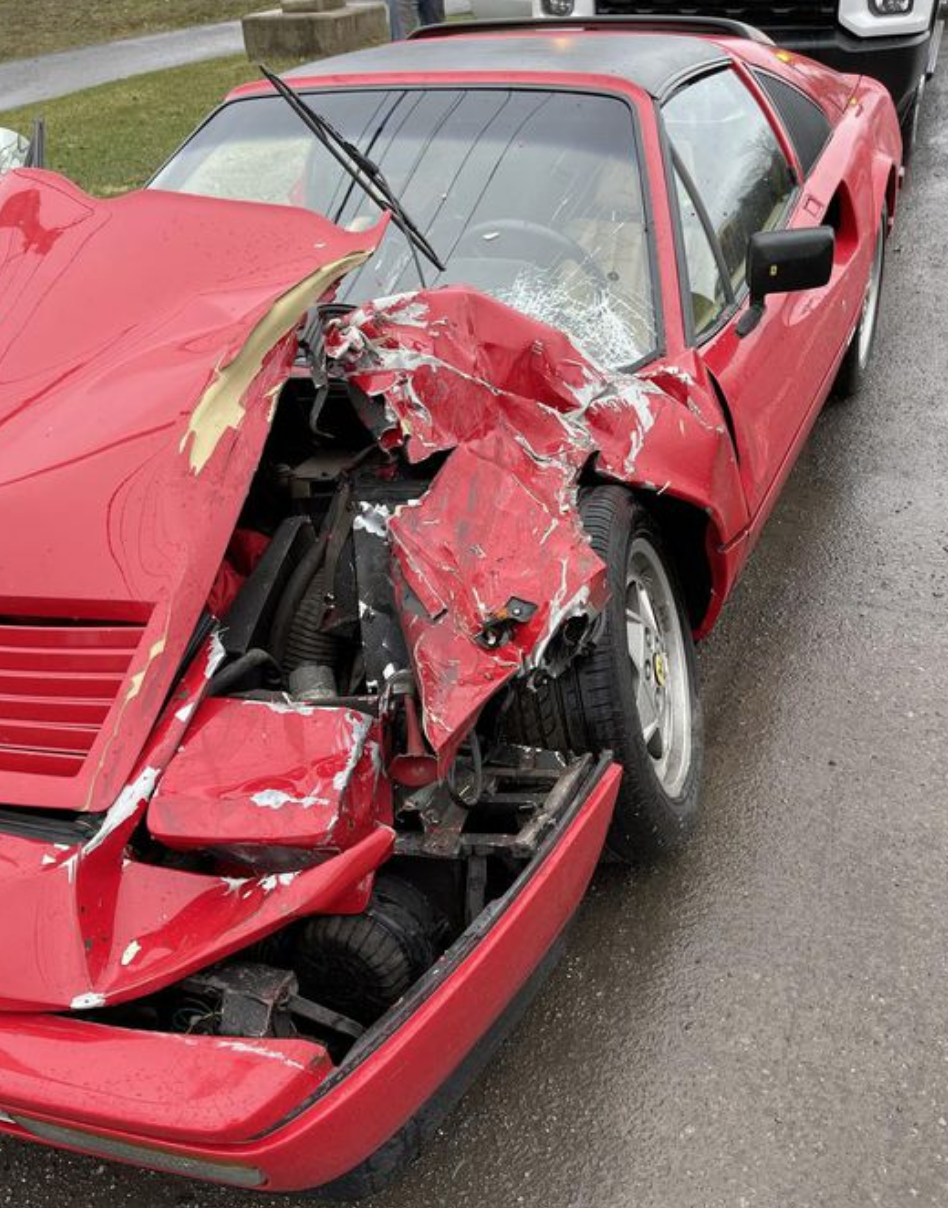 What news reports about a traffic accident can reveal about the challenges facing Canadian political reporting today.

A t-boned Silverado, a crashed Ferrari and the confessions of a contrite high profile political adviser who admitted to a mistake in running a red light are at the epicentre of this media tempest.

What started as a traffic accident story has grown to become something bigger.

But the reporting does not reflect well on the health of political journalism today.

With the Ontario provincial election looming on June 2nd, there is little surprise about the political media appetite to cover a traffic accident involving Premier Ford’s campaign manager.

Add in a flash ‘ vintage Magnum PI ‘ sports car, and all the elements of a story were in place to distract from the awful daily double news of COVID and the Ukraine.

If not for these factors, the story would likely have hardly gained much attention.

Robert Benzies , the well regarded Queen’s Park Bureau Chief of the Toronto Star, broke the car crash news to his audience in print and Twitter.

His colleague, Rob Ferguson, helpfully tweeted that ‘fortunately, he [the politico] was not seriously injured’.

While journalists repeatedly note that  they do not write the headlines over their copy, the initial Toronto Star and Saint Catharines Standard stories based on Benzie’s reporting summed up the article’s contents neatly in “Premier Ford’s campaign manager crashed vintage Magnum P.I. sports car.” The sub-headline continued that the politico ‘is recovering at home’.

The politico’s perspective was covered to a depth most non-fatal traffic accident coverage fails to attract. Instead readers were treated to details about how he had bought the car, why he had misinterpreted the traffic signals and the medical issues he had faced.

Benzies was doing his job when he linked the social media post to dash cam footage which clearly showed what happened. The politico had run a red light and slammed into a truck.

That dash cam footage once again proved that a picture is worth more than a thousand words. It ‘appears’ to demonstrate to our current generation of media followers the reality of what happened, without, of course, the background context.

The Twitterati universe was quick to denounce what appeared to them to be one-sided coverage. From their reaction, they could have been in the truck that got hit.

“Really? the headline of concern is about the Ford guy and not the victim truck driver? TRY BETTER FFS!!!”, replied one shocked commentator.

Others were equally critical of the seemingly cavalier dismissal of the real story. They asked whether the campaign manager was DUI or driving distractedly [perhaps looking at a text or involved in a call]. They were asking the questions that media would also normally probe before the rush to report one side of an accident

Once launched in the media, I have heard references based on more cynical speculation, conspiratorially suggesting that the politico was a ‘valued source’ and that the media was seeking to protect him either as a quid pro quo or to gain future credit in the bank.

Or that the journalist was being spun by the politico who was following the first rule of crisis management, get your side of the story out first.

This episode is revealing about the challenges facing political reporting today.

Citizen commentators have the capacity to share their critiques of political journalists to a broad audience. They can add and shape the story- the dash cam footage. They are also quick to categorize what they have been told.

The initial coverage may have started focusing on pure and simple politics, not about an accident. One can imagine Benzies searching for any impact the accident might have on the functioning of the upcoming provincial campaign and its leadership.  As a sidebar, how did a politico promoting a populist regime own such an expensive and unique vehicle?

Once the incident got treated as a traffic accident story first and foremost, was it truly worthy of uncritical in-depth attention tied to a private citizen not even running for political office?

Because journalists are human beings first, they are willing to give the benefit of doubt to those with whom they work on a regularly basis. That should be no surprise to anyone. But the need to report without fear or favour also requires that they need to step back and ask tougher questions especially with those with whom they already have a relationship.

For example, the article could have provided context about the particular intersection and whether, as the politico had suggested, it was confusing to drivers and had led to other incidents.  Or commentaries from other witnesses or the police?

There also remains the overarching pressure to break a scoop quickly. The danger in the rush to judgement remains, even for the most experienced of reporters, of sloppiness and lack of balance, something that tighter editing might have prevented.

The net result has been an unnecessary assault on the credibility of competent reporters.

Once the police and the courts determine what happened at the intersection, we shall learn whether charges will be laid. There may yet be a political outcome from this unfortunate episode.

But the process will not address the ongoing consequences for media credibility. That is the equally relevant story emerging out of this fender bender.