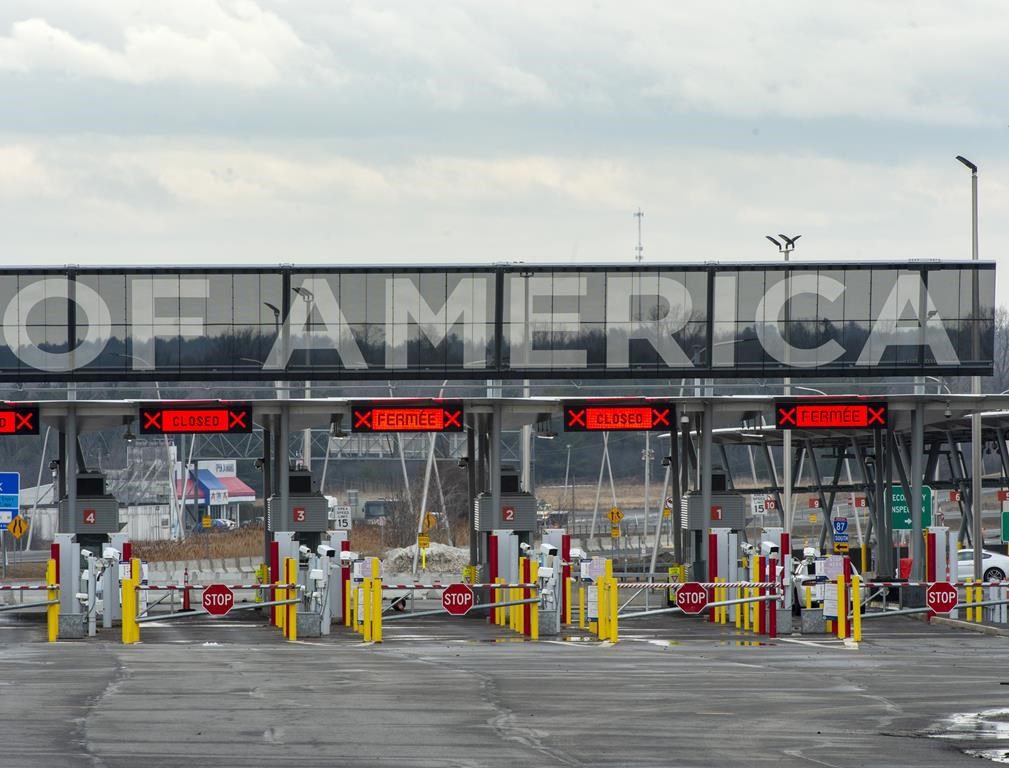 WASHINGTON — Tiny cracks of daylight are beginning to appear in the barriers that have kept people from casually crossing the Canada-U.S. border for the last 13 months — but they mostly seem to be on the American side.

Businesses and lawmakers in both the United States and Canada, perhaps sensing a shift in the narrative that has dominated the issue of cross-border travel for more than a year, are ramping up the pressure to ease their mutual restrictions.

Even Canadians themselves, whom polls have long suggested were wary about opening the border, are getting antsy, Foreign Affairs Minister Marc Garneau acknowledged Wednesday.

“We are very aware that people are becoming impatient” about being able to travel stateside, Garneau said in French during a virtual conversation with the CEO of the Montreal Chamber of Commerce.

“You are impatient, like me, to restart and return to normal.”

But he refused to describe in any detail what conditions would need to be in place for the border to reopen.

When asked about the border, Prime Minister Justin Trudeau has often said that 75 per cent of Canadians would need to be vaccinated before widespread restrictions could be eased, although it’s never been clear whether that meant more than a single dose.

On Wednesday, however, the Prime Minister’s Office tweaked that message, insisting that Trudeau never meant to suggest that it would take a 75 per cent vaccination threshold to reopen the border.

Garneau said he and his cabinet colleagues are in discussion with the provinces, but that authorities remain wary of opening the floodgates to a fourth wave of COVID-19. “Predictability” is the watchword, but it’s hard to predict what the situation will look like a month from now, he said.

Such is no longer the case in the United States.

“The tables have turned,” said Scotty Greenwood, CEO of the Canadian American Business Council. Where Canada has often struggled to get the U.S. to acknowledge and address its concerns, the reverse is now true when it comes to the border, she said.

“You have the U.S. agitating for a return to normalcy with Canada, absolutely.”

Rep. Brian Higgins, a Democrat who represents western New York on Capitol Hill, has been pressing for months for a plan to let travel resume. He was joined in that effort Wednesday by two Canadian counterparts: Liberal MPs Wayne Easter and Nathaniel Erskine-Smith.

“Reopening our countries’ shared border must be a top priority for our respective governments at this point in the pandemic,” the trio said in a statement.

“It is time for our governments to listen to the experts and together release an evidence-based plan to reunite families, safely resume normal border operations and quickly restore our two countries’ deeply interconnected economies.”

Federal officials in Ottawa say assessments of the situation are constantly ongoing, and “officials-level” meetings on the border have been continuing, but that no decisions have been made.

Higgins has been pointing to recent guidance from the U.S. Centers for Disease Control and Prevention that effectively allows fully vaccinated Americans to resume their normal lives, mask-free, in virtually any public setting, indoors or out.

In Canada, stakeholders are similarly seizing on a recent report from a government advisory panel of medical experts that recommends doing away with the requirement that fully vaccinated travellers  spend time in quarantine upon their arrival.

The Canadian Travel & Tourism Roundtable, a coalition of business leaders from airlines, chambers of commerce and other travel-industry agencies, said the time has come to put a plan in place to allow cross-border travel to safely resume.

“Just as it was important to quickly put in place measures to protect the health and safety of Canadians at the start of the pandemic, it is of equal importance to remove restrictions that are no longer necessary,” the coalition said this week.

A bilateral group called the Future Borders Coalition also added its voice, calling for a co-ordinated approach on “digital solutions” for verifying vaccinations that are “secure, interoperable and protect the privacy of users.”

Both the CDC and the advisory panel report, Higgins said, make it clear: “individuals with proof of immunity can travel safely and should not be subject to quarantine requirements.”

The Canadian report, which also calls for an end to the policy of quarantining air travellers in hotels, recommends that changes to border measures be implemented in phases, and that they take into account the fact that Canada is still working to fend off a third wave of COVID-19.

The State Department last week named Ambassador Arnold Chacon to the post of chargé d’affaires in Ottawa, an interim posting likely aimed at easing staff pressures in the absence of a full-time U.S. ambassador to Canada.

Chacon will have a lot on his plate, but the challenge of getting the border reopened will likely be high on the list of priorities, Greenwood said. But until Canada is good and ready, it’s possible it will only be open to Americans for at least a chunk of the summer.

“Up until recently, I would have said it’s inconceivable for the U.S. and Canada to act independently of each other on a decision of the border opening or closing. I now don’t say it’s inconceivable,” she said.

“I could imagine a world in which the U.S. reopens — you know, to allow Canadians that want to to come to their summer places in Maine and Vermont and everywhere else — and it’s not reciprocal for a couple of months.”

— With files from Christopher Reynolds in Ottawa