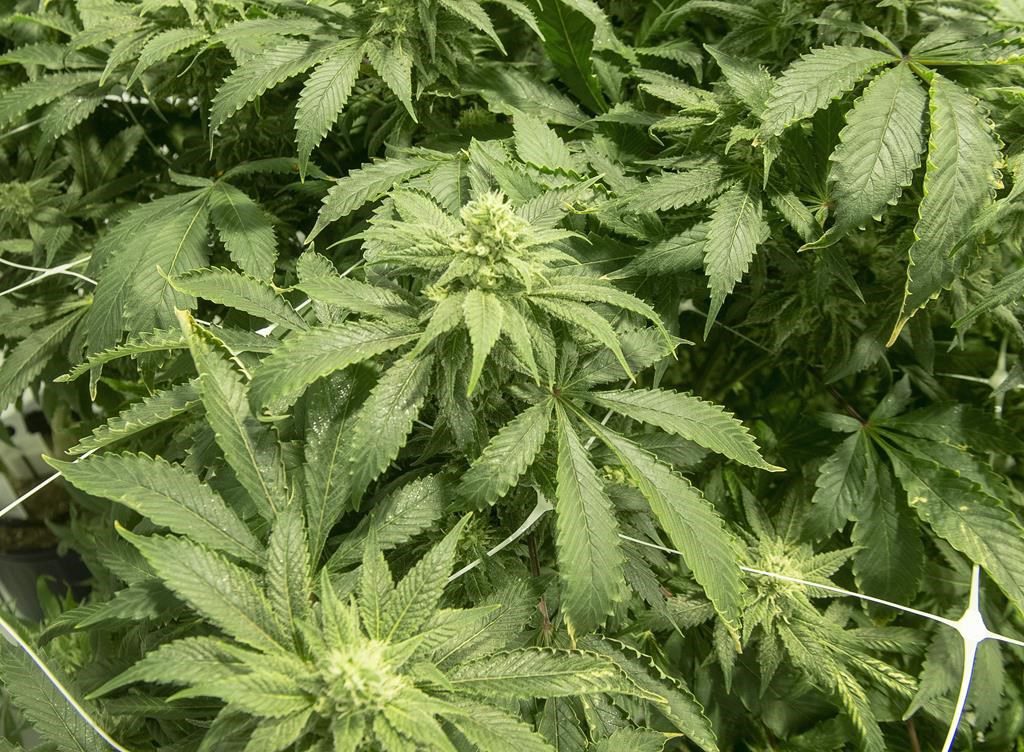 WASHINGTON — Canada’s cannabis industry, banking on the chance to expand into the United States, is nervously eyeing the American political calendar and the Biden administration’s narrow legislative window to ease federal prohibitions on recreational marijuana.

The White House has said President Joe Biden supports decriminalizing cannabis, legalizing pot for medicinal purposes and changing how marijuana is classified by the Department of Justice to allow for further study of its potential positive and negative effects.

But while Democrats currently hold all the political cards on Capitol Hill, their control of Congress remains precarious, and progressives fear the Republicans are likely to take over the House of Representatives following the 2022 midterms.

That means if change is going to happen in the United States, it needs to happen soon, said David Culver, vice-president of global government relations for Canopy Growth Corp., one of the largest players in Canada’s legal cannabis market.

“We were literally dealt, in my opinion, the perfect political hand for cannabis reform to occur during this Congress,” Culver said in an interview.

“The White House made it very clear when they took office, at least to our industry, that they needed to get this pandemic under control. We’ve been sitting with this perfect political hand for almost six months now … and we’re still waiting patiently as it relates to the administration.”

The cannabis landscape in the U.S. is an ever-changing patchwork; the drug is or will be allowed for medical use in 36 states and for recreational use in 13, as well as the District of Columbia. But federal law still considers it a Schedule I controlled substance with high risk of abuse and no accepted medical use, alongside drugs like heroin, LSD and peyote.

As a result, it’s impossible for companies operating in a legal state landscape like California or Colorado to make use of institutional banking or financing services, access capital markets or do business outside their respective state lines. Nor can they take advantage of tax writeoffs for routine business expenses, capital equipment like computers or payroll costs.

Still, there is rampant enthusiasm among Canadian players looking for opportunities to expand into the U.S., where the prospect of a legal market that could soon top US$40 billion annually offers a salve for what have been largely disappointing results at home.

“The United States is going to be a core market for Canopy Growth,” CEO David Klein said in a statement announcing the amended deal.

Aphria Inc. CEO Irwin Simon said much the same in April of his Ontario company’s acquisition of SweetWater Brewing Co., an Atlanta craft beer purveyor that aligns its brands with a “cannabis lifestyle.” Aphria merged last month with B.C. giant Tilray, which now controls more than 17 per cent of Canada’s retail cannabis market.

Kelowna, B.C.’s Valens Co. agreed in April to spend US$40 million to buy out Green Roads, a Florida-based producer of oils, topical ointments, edibles and supplements infused with cannabidiol, or CBD, a non-intoxicating component of the marijuana plant.

As long as the COVID-19 pandemic continues to wane in the U.S., Culver said expects the Biden administration and Congress to get serious about cannabis reform at some point in the fall.

That could happen in a number of ways: Senate Majority Leader Chuck Schumer is planning a comprehensive legislative effort to remove cannabis entirely from the federal schedule of controlled substances. Failing that, the SAFE Banking Act — a bill that aims to make financing more accessible — has already passed the House of Representatives and is currently before a Senate committee.

In February, Schumer and Democratic allies Sen. Cory Booker of New Jersey and Sen. Ron Wyden of Oregon vowed to begin drafting their legislation “in the early part of this year” and that it would be a top priority for the Senate.

The politics, however, are complicated. Schumer has said he fears U.S. lawmakers on the fence about full-blown legalization would see the SAFE Banking Act as a more reasonable compromise should it come up for a vote in the Senate first.

“There is a huge political challenge in getting all the reform advocates to agree on the right model,” said Douglas Berman, an Ohio State University law professor and expert on marijuana policy.

“It becomes dangerously easy for the status quo of no reform to persist, even if there’s widespread affinity for reform in general.”

Not everyone in the sector in the U.S. is keen to see the federal laws change.

Living inside a walled garden has its advantages, said Frank Knuettel, the chief executive of Terra Tech Corp., a high-tech grower and dispensary operator with facilities in California and Nevada.

“I actually like the fact that it’s federally illegal right now, because we have a competitive moat around the business,” said Knuettel.

“We have an opportunity to build our company and our industry without the outside competition from really large consumer packaged goods companies or beverage or tobacco companies.”

Knuettel said he’s more worried about those heavy hitters — Big Tobacco in particular — than he is about the prospect of a Canadian invasion of the U.S. cannabis sector.

“Tobacco consumption’s declining, and while it’s still a really good cash cow, they’ve got to be looking down the road and wondering how long that cash cow’s going to last,” he said.

“I think the threat from Big Tobacco is potentially the largest threat that our industry and any company in it would see.”

There’s another firewall, said Knuettel. Canadian operations that work directly with cannabis — so-called “plant-touching” companies — are allowed to list their stocks on U.S. exchanges because they do business in a foreign jurisdiction where their product is legal.

That listing ability goes away as soon as they buy a plant-touching company in the U.S. — a wrinkle that Knuettel said has kept some would-be Canadian suitors at bay while American companies have been able to take advantage of recovering capital markets and a widening legal landscape.

“As a result, the large U.S. suppliers and companies are now on a much more equal footing than the large Canadian counterparts,” which have been struggling domestically, he said.

Eventually, those would-be Canadian suitors could find themselves becoming the hunted instead of the hunter.

“At some point, the script is going to flip,” Knuettel said.

“Canada represents one of the largest non-U.S. markets, and I could envision a scenario where some of the largest players pick up on the large Canadian players at some point in the future, if the current dynamic continues.”