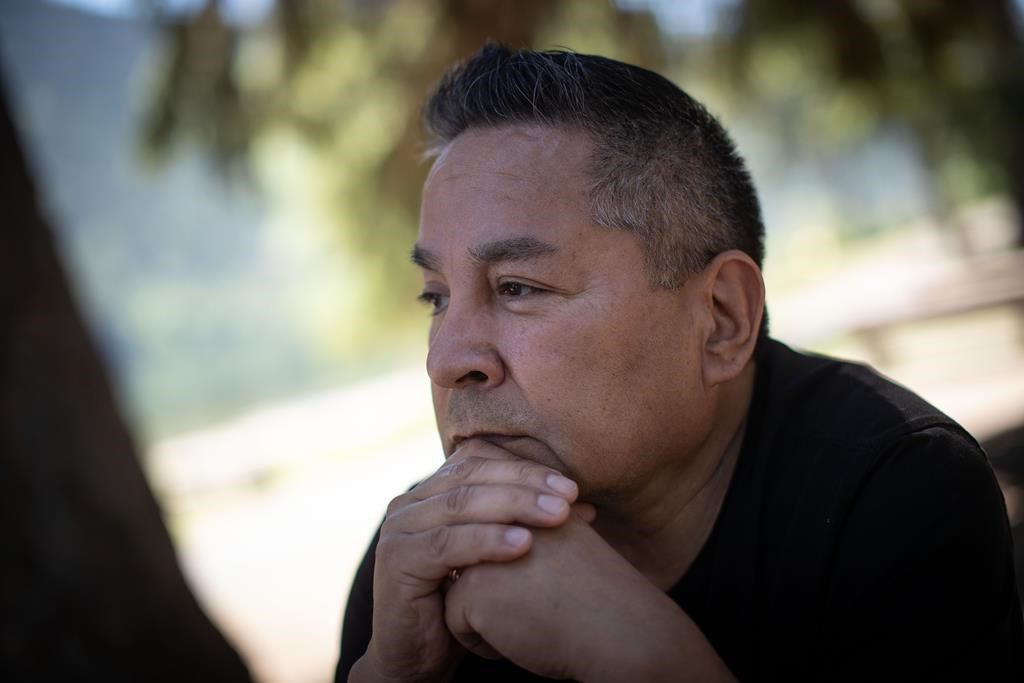 KAMLOOPS, B.C. — The shock being expressed about the discovery of the remains of 215 children at the site of a former residential school in British Columbia could be a force to bring long-awaited change, says an author and school survivor.

Garry Gottfriedson, whose poems and books explore Indigenous identity, says the reaction to the news about the former Kamloops Indian Residential School is uplifting and could force governments and the Catholic Church to address the past and face the future.

“I never expected it. I did not expect it,” Gottfriedson said in an interview at a provincial park near his Kamloops home. “That shows the spirit of true Canadians that they really want to learn. They really don’t want to hide anything anymore.”

Canada’s history has established and perfected policy that hides the colonization of Indigenous people, but what is happening in Kamloops is showing Canadians the reality, he said.

“I’ve gotten phone calls from people from all over the world and from Canada expressing their sympathies, expressing their support and I just hope it doesn’t die out,” said Gottfriedson. “At least make the government and the church accountable. If we can get that done as citizens of this country, that is something major. It’s going to really, truly heal.”

He said his faith is with the federal government to drive change and not the church.

Gottfriedson, who provides counsel and curriculum advice to Thompson Rivers University in Kamloops on Secwepemc Nation protocols and cultural practices, said his residential school experiences formed the basis of his life’s work.

American beat poet Allen Ginsberg took him under his wing after reading his poems about the fear and rage drawn from the residential school experience, said Gottfriedson, who studied creative writing at the Naropa University in Boulder, Colo. He said the anger, horror and determination to rise above the circumstances facing Indigenous people in his poems appealed to Ginsberg, who taught at the Naropa University.

The Kamloops school operated between 1890 and 1969, when the federal government took over operations from the Catholic Church and operated it as a day school until it closed in 1978.

The National Truth and Reconciliation Commission has records of at least 51 children dying at the school between 1914 and 1963. The commission noted in its 2015 report that officials in 1918 believed children at the school were not being adequately fed, leading to malnutrition.

The commission’s nearly 4,000-page account details the harsh mistreatment including the emotional, physical and sexual abuse inflicted on Indigenous children at the institutions, where at least 3,200 children died amid neglect.

Gottfriedson, 67, who attended the Kamloops residential school from kindergarten to Grade 3 between 1959 and 1963, said he witnessed abuse, but he was largely protected by his older brothers at the school.

He said his eight other siblings, his mother and up to 30 aunts, uncles and cousins from the well-known Secwepemc First Nation ranching and rodeo-riding family attended the school.

“I remember Grade 3 very clearly,” said Gottfriedson, describing how a nun would beat and humiliate students who could not speak English. “That year was hell. The woman, who was our teacher, was so cruel.”

He said students talked about a graveyard, but as a young boy, thoughts of who left the school and never returned were not something he pondered deeply until later in his writings.

“Everybody at that school knew there was a gravesite somewhere,” Gottfriedson said. “It was always talked about. Nobody really actually knew where they were buried.”

Chief Rosanne Casimir of the Tk’emlups te Secwepemc First Nation said the remains of the children, some believed to be as young as three, were confirmed with the help of ground-penetrating radar.

At the former school site, people continue to drop off flowers, stuffed animals and tiny pairs of sneakers, sandals and rubber boots at a monument dedicated to the children who attended the school.

Gottfriedson said the First Nation often debated demolishing the building where so much pain occurred, but decided to keep it standing as a symbol.

“Our community decided to keep it as a constant reminder that we don’t want our children to go through this,” he said. “We will teach our children, always be aware. Never forget. Never forget that this happened.”