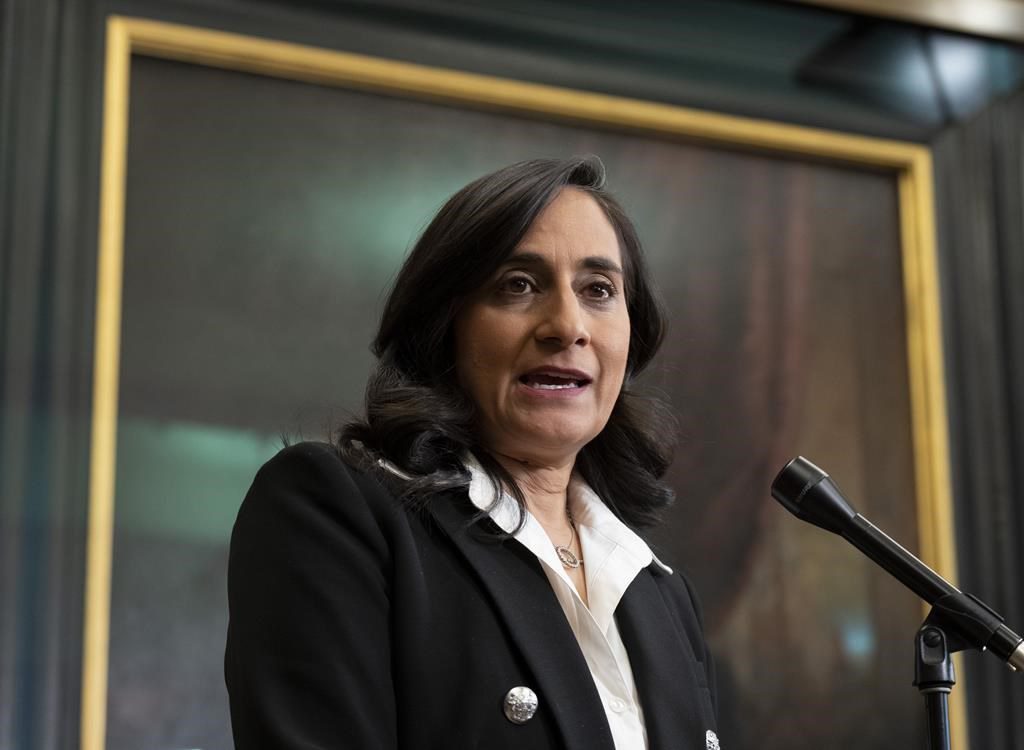 OTTAWA — Defence Minister Anita Anand says Canada can walk and chew gum at the same time, as she faced questions today about whether the Canadian military is stretched too thin.

The questions followed Prime Minister Justin Trudeau’s announcement in Thailand that Canada’s new Indo-Pacific strategy will include increasing the military’s role in Asia.

The government has already started to move in that direction by deploying two warships to the Pacific since the summer.

At the same time, Canada doesn’t have any warships in European waters for the first time in eight years.

Anand also defended Canada’s continued refusal to spend two per cent of its GDP on the military, a target that all NATO members have agreed to meet in the face of growing security threats in Europe and elsewhere.