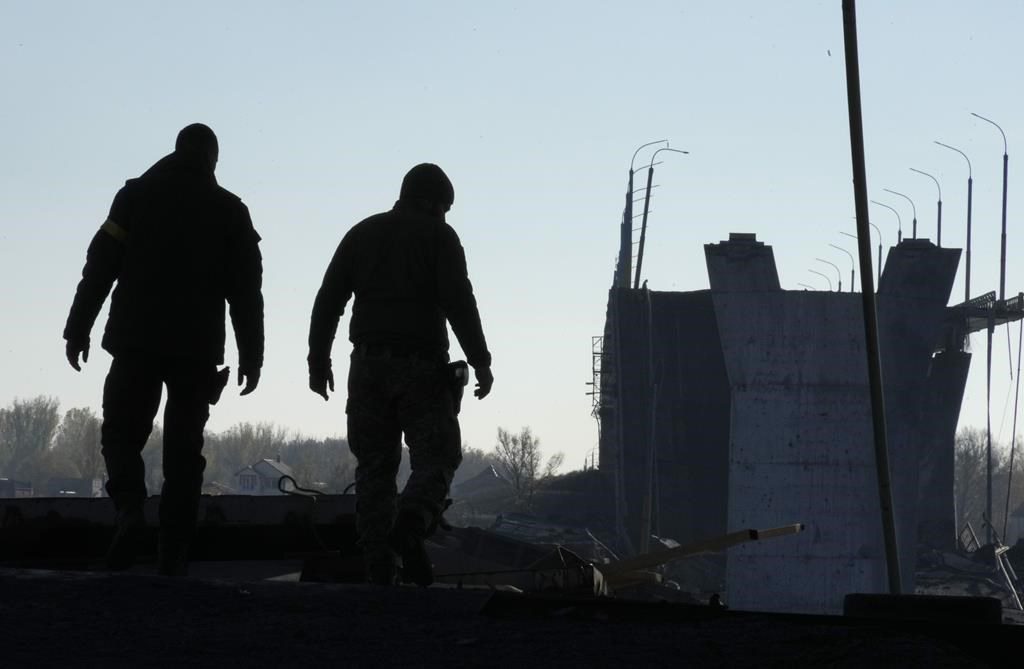 Tower Solutions has factories in Granby, Que., and in Brechin, Ont., producing transmission towers that the company says could be exported to Ukraine and rapidly installed to restore power in the war-ravaged country.

During a press briefing last month, a Tower Solutions representative pitched the company’s emergency replacement pylons to Maxim Timchenko, the president of DTEK, Ukraine’s largest private energy company. The representative noted the towers can be erected in a matter of minutes as opposed to the 90 minutes it takes for other pylons.

“It is definitely what we need now,”Timchenko replied.He invited the Tower Solutions representative to contact the people responsible for DTEK’s equipment. The representative of the Canadian company also offered other electrical equipment.

Ciro Pasini, the president of Tower Solutions, did not deny that his company is in discussions with DTEK but referred questions from The Canadian Press to the company representative involved with the file. The Montreal-based representative did not respond to repeated interview requests.

Pasini suggested the issue was delicate and that government authorities were involved. He was reluctant to discuss publicly his company’s offer to the Ukrainian energy provider.

The G7 announced on Nov. 4 that it was going to establish a “co-ordination mechanism” to help Ukraine “repair, restore and defend its critical energy and water infrastructure.”

Ukraine’s grid was designed according to a Soviet-era model, so the Russians are familiar with it and are able to strike the network’s nerve centres, paralyzing large areas of the country. Even if his company’s transmission towers and transformers are constantly targeted by the Russians, Timchenko said the company has the capacity to resist and rebuild.

DTEK has lost its Zaporizhzhia nuclear power plant, the largest in Europe, which fell into Russian hands. Its capacity of 6,000 megawatts has been diverted and no longer supplies Ukrainian territory, representing more than a tenth of Ukraine’s electricity consumption of 52,000 megawatts.

Timchenko said the Russian army is systematically targeting the power grid to sap the morale of the Ukrainian population and crush economic activity, for example by interrupting production at vital coal mines. Nevertheless, the head of DTEK says his company will be able to provide power to Ukrainians during the coming winter.

DTEK, which employs 70,000 people in Ukraine, also has a hydroelectric dam it can draw on. It built wind power facilities as well, but they are in territory currently occupied by the Russians.

A key problem confronting the country, Timchenko noted, is that production facilities are primarily in the west of the country. Getting power to consumers in the east is a major challenge when the transmission infrastructure is frequently attacked.

— Patrice Bergeron is a Quebec-based journalist with The Canadian Press. In addition to two decades of political and general news experience, he was a CP war correspondent in Afghanistan in 2009.