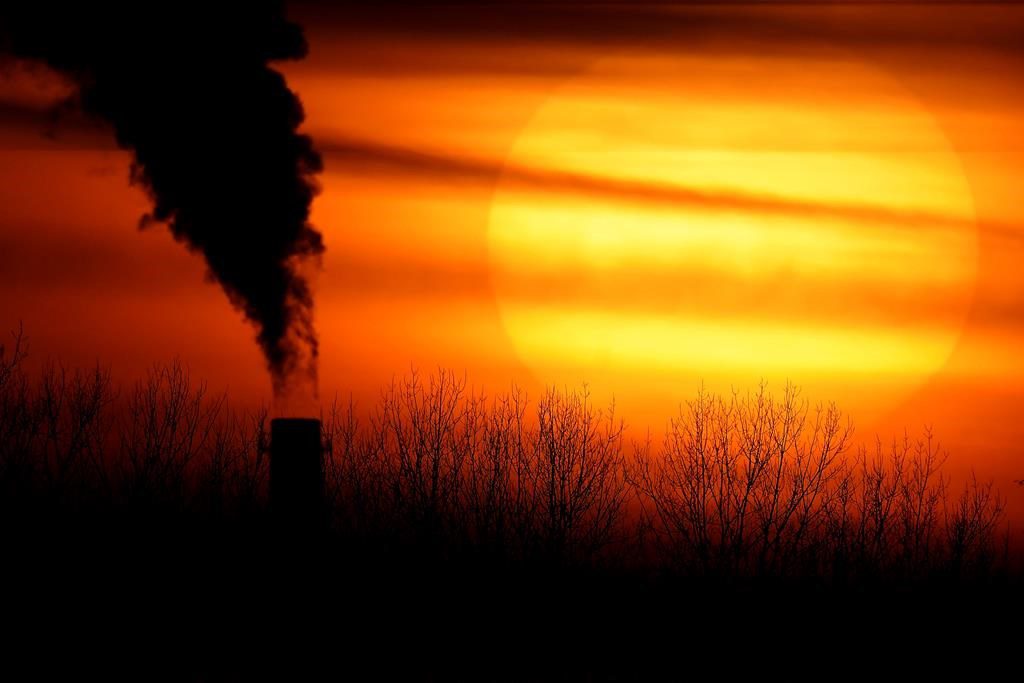 Greenhouse gas emissions from Canada’s oil and gas industry will make up an outsized share of the remaining carbon the world’s atmosphere can take, a new analysis suggests.

“Canada is no small player here,” said Angela Carter of the University of Waterloo, who released the research in advance of U.S. President Joe Biden’s meeting on climate change next week.

“Let’s tell the truth about what we’re actually doing and what that global impact is,” said Carter, a political scientist who specializes in environmental policy.

Scientists have concluded that if global warming is to stay within the 1.5 degrees prescribed in the Paris agreement, there’s only so much more carbon that can go into the atmosphere. That so-called “carbon budget” is about 230 billion tonnes.

Carter and co-author Truzaar Dordi, a doctoral candidate, decided to look at what Canada’s contribution to that budget would be.

In a paper released by the Cascade Institute, a sustainable growth think tank, they used government projections of Canadian oil and gas production, accounting for increasingly stringent carbon regulation. That production is to rise until 2039 and remain above current levels to 2050, when Canada has promised its emissions will be net zero.

The team combined those numbers with official estimates of how much carbon is released in the production and consumption of Canadian oil and projected how much would be released between now and 2050. They compared that to the global carbon budget.

“When I ran the numbers, I quadruple-checked them,” said Carter.

Canada, with 0.5 per cent of the world’s population, would account for 16 per cent of all the carbon that could be emitted while keeping climate change manageable.

“It’s frightening to see that and infuriating to see the federal government depict itself as a global environmental leader,” Carter said. “The evidence doesn’t support that.”

She’s skeptical of federal Environment Minister Jonathan Wilkinson’s promise Tuesday that 2019 will prove to be the last year Canada sees a rise in greenhouse gas emissions.

“It is not a statement based in reality.”

Environment Canada was not immediately able to respond to Carter’s research.

Carter said increases in fossil fuel production will require other parts of the economy to take up the slack if Canada is to meet its reduction targets.

“To get to a position where we see declining emissions from Canada would mean heroic emissions reductions across all other sectors.”

Capturing carbon dioxide from large emitters and piping it permanently underground, one of the solutions often pointed to, has limitations, Carter said.

Her paper points out the industry already enjoys considerable public support â€” from Ottawa’s $12.6-billion purchase of the Trans Mountain pipeline to the $1.7 billion committed to clean up abandoned energy infrastructure.

“In the last year, we can really see that advocacy coming out in full force,” she said.