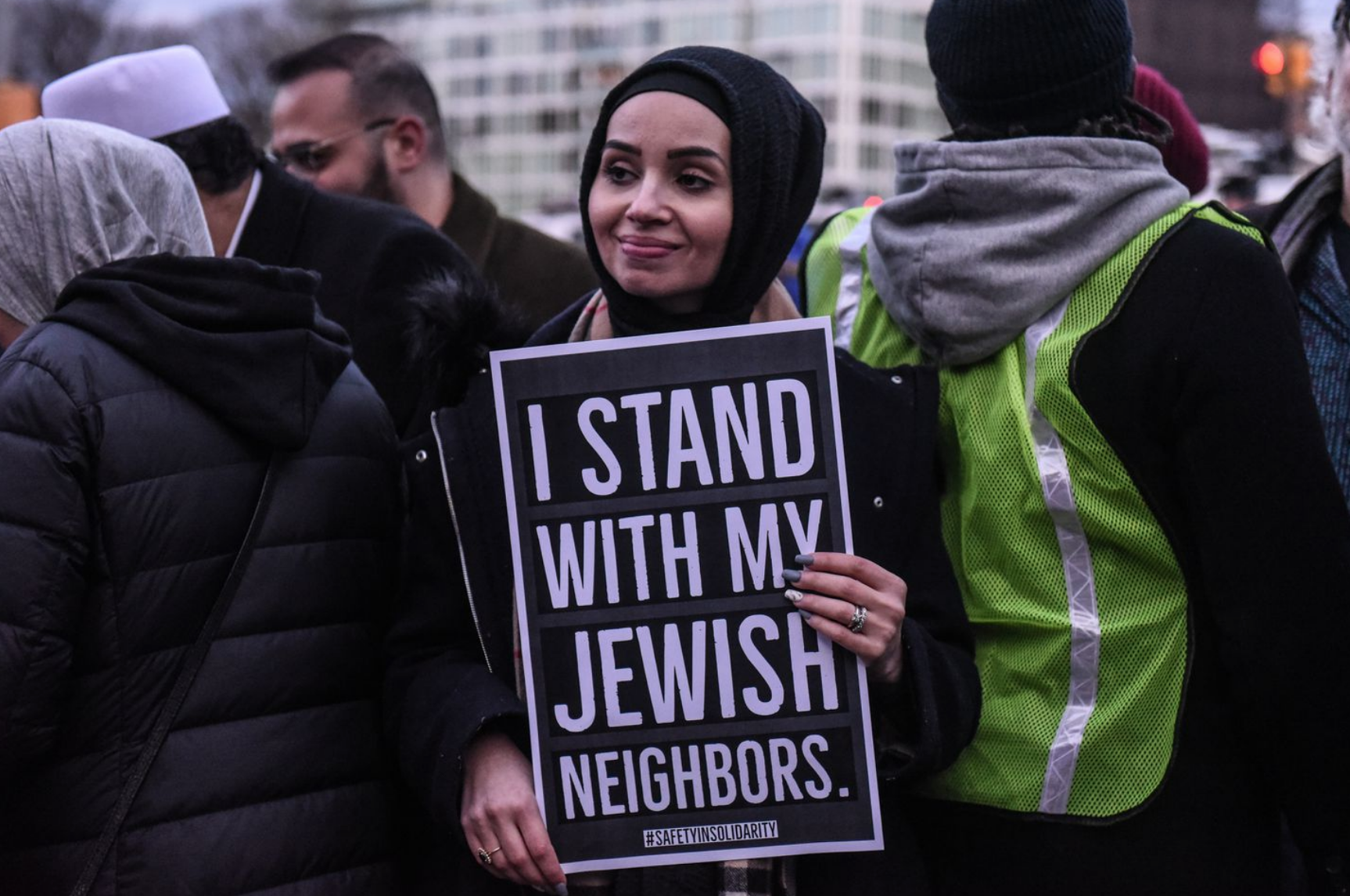 I am not referring to COVID’s seemingly endless impact, but rather to the world’s oldest hatred, antisemitism, that continues to rear its ugly head.

The hostage taking at Sabbath services in Colleyville, Texas ended safely for Rabbi Charlie and his congregants, as they escaped thanks to prior ‘tactical training’.

The hostage taker, who may have been mentally ill, apparently bought into the antisemitic trope that Jews had undue influence in the world and that he could achieve his ends in freeing a prisoner by using Jewish hostages.

The lingering message left for both observant as well as secular Jews is sadly clear. Antisemitism continues to thrive on both the left and the right. Irwin Cotler, Canada’s special envoy for preserving Holocaust remembrance and combating antisemitism, has noted that ‘Jews are threatened and targeted in their neighbourhoods’.

There is no safe space, even in North America.

Rabbis across the continent called on Jewish community members to attend services in solidarity and to demonstrate that Jews would not be deterred from practicing their faith.

This is a tragic but necessary response to a spate of hate motivated crimes in Canada and around the world: recent synagogue shootings in California and Pennsylvania, attacks and vandalism against Jewish cemeteries, schools and homes in Canada and Europe.

B’nai Brith Canada, a Jewish human rights organization, says that the number of 2020 antisemitic incidents were the fifth consecutive record-setting year in Canada.

The organization says 44 per cent of violent antisemitic incidents in 2020 were COVID-19-related, driven in part by antisemitic conspiracy theories.

Over the past twenty years, non-Jewish Canadian citizens have taken action to fight antisemitism, arguing that it is up to non-Jews in the community to address hate and intolerance.

After a series of high profile antisemitic events in 2004, Tony Comper, former CEO and President of BMO Financial Group, and his wife Elizabeth created FAST, together with a coalition of non-Jewish business leaders. FAST is dedicated to speaking out and using education programs  against all intolerance, with antisemitism as a specific manifestation of it.

Speaking to a national antisemitism summit hosted by the federal government in 2021 as hate crimes against Jews continued to mount in Canada and globally, Prime Minister Trudeau echoed a similar theme.

“Antisemitism isn’t a problem for the Jewish community to solve alone, it’s up to everyone to take on this challenge,” he said.

Governments of all stripes have sought introduced programs to improve community security infrastructure  defraying the cost of security improvements, such as surveillance cameras and alarm systems, for vulnerable groups. Funding has been made available for basic security training for staff to respond to hate crimes.

While governments and caring citizens have tried different strategies to combat these ongoing antisemitic trends, there are other steps which could address the impact on Canada’s Jewish community and its sense of security.

The Centre for Israel and Jewish Affairs [disclosure: I was the co-founder and CEO of CIJA’s predecessor organization] has argued that “the infrastructure program fails to provide support for training at-risk community members to engage in unarmed patrols, situational awareness and threat prevention, as well as to partner with the police. The program could easily be enhanced to include those measures”.

The UK’s Community Security Trust (CST), whose mission is to provide safety, security and advice to British Jews, has long been recognized by UK police and Government as a model of best practice, and works in close partnership with a range of social multinational bodies.

CST notes the value of such efforts more broadly. “CST believes that building better relations across communities is key to reducing prejudice and bigotry of all forms. CST uses its expertise to make practical contributions across society. This includes our having given security advice to Hindu Temples, Sikh Gurdwaras, Churches and Mosques around the UK. CST helped in the creation of Tell MAMA, a Muslim community initiative to measure and combat anti-Muslim hate crimes.”

Irwin Cotler has recently articulated a 10 point plan to fight Canadian antisemitism by enhancing security and protection for Jewish institutions. The plan would also provide more resources for Holocaust and antisemitism education, as well as learning from the best practices and failures of European countries seeking to combat antisemitic hate crimes.