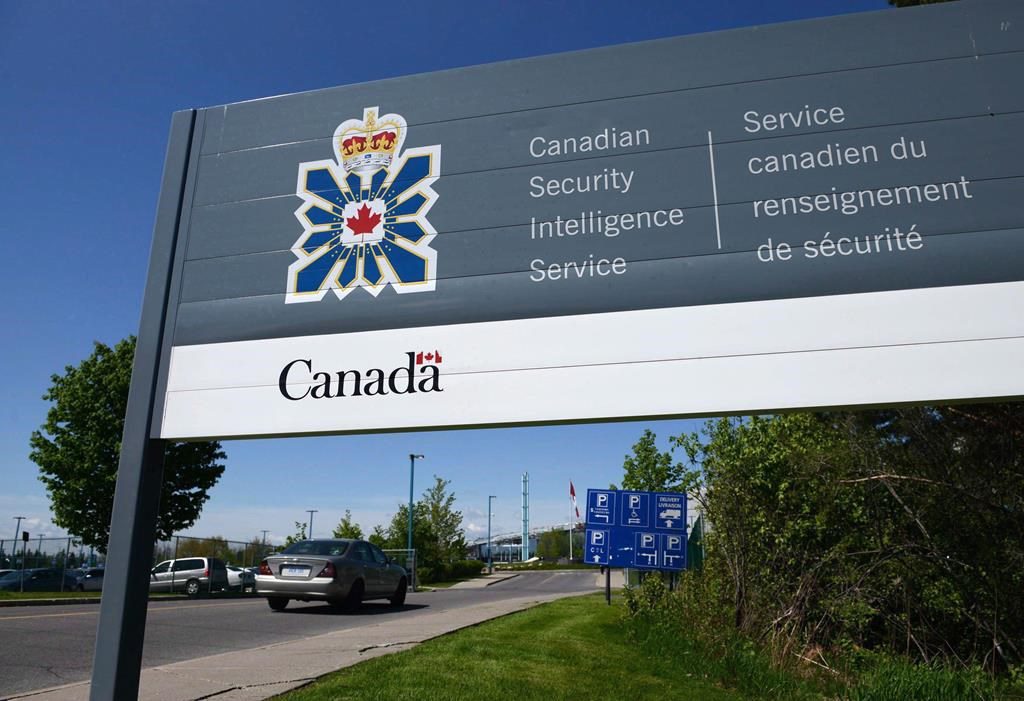 OTTAWA â€” Canada’s spy agency is asking a court to toss out the claim of an employee who alleges he endured racial discrimination and physical abuse from colleagues.

The Canadian Security Intelligence Service says Sameer Ebadi should have turned to internal grievance and harassment processes instead of filing a suit in Federal Court.

Ebadi, who uses a pseudonym due to the sensitive nature of his work, says he pursued his claim in court because he has no faith the spy service’s internal procedures will provide anything close to a fair and impartial hearing.

“I have tried on multiple occasions, with varying levels of CSIS management, to address my well-founded issues of workplace harassment and discrimination,” Ebadi says in an affidavit filed with the court.

“With each effort, I was met with resistance and, what is worse, faced increased discriminatory treatment for blowing the whistle on my fellow employees and managers.”

Ebadi, a practising Muslim who fled to Canada from a repressive Middle Eastern country, has worked as an analyst since 2000 in the Prairie region.

Ebadi’s statement of claim, filed in January of last year, says he was passed over for promotion despite an excellent work record, and that he suffered bullying, discrimination, emotional and physical abuse, and religious persecution from fellow employees.

Ebadi believes CSIS put him under surveillance following the Sept. 11, 2001, terrorist attacks on the United States, even though he worked for the agency. He recounts being covertly followed and discovering a GPS tracking device in his car.

The claim says Ebadi was later shunned by many fellow employees and subjected to endless rumours, gossip and innuendo, most of which involved his Muslim faith.

It also alleges employees would quickly open Ebadi’s office door when he was at prayer, smashing it into his body or head. “They would then feign surprise that Sameer was at prayer, but would laugh outside the door afterwards.”

In his recently filed affidavit, Ebadi says the discrimination and harassment caused severe stress and led to the breakdown of his marriage. He is on permanent sick leave.

“Knowing what I would face going back to the workplace leaves me with unbearable levels of dread.”

CSIS has filed a notice of motion with the court asking that Ebadi’s claim be thrown out, saying the terms of his employment are subject to intelligence service procedures.

The availability of internal grievance and harassment resolution processes preclude the Ebadi from initiating “a civil action for matters that could be subject to a grievance or harassment complaint,” the notice says.

The notice is supported by an affidavit from CSIS’s chief of labour relations.

In his affidavit, Ebadi says he believes CSIS has an established history of protecting harassers “who are white and non-ethnic” from responsibility for their religious or racially motivated behaviour, and that CSIS has a workplace culture of discrimination.

“I do not believe that internal CSIS processes can be trusted to provide me with a fair hearing and to protect me against reprisals for bringing forth concerns about the breaches of my rights, including my charter rights.”

He points to the experience of other CSIS employees, including five staff who went to court in 2017 alleging discrimination. Ebadi also cites a Federal Court ruling last year that chastised the spy service for a lack of candour about surveillance warrants.

“Given that CSIS is willing to hide information from this Court, I have concluded that it is even more likely to hide relevant information from a grievance process that it controls,” Ebadi’s affidavit says.

CSIS spokesman John Townsend, while stressing he could not comment on specifics of the case, said CSIS takes any allegation of inappropriate behaviour in the workplace very seriously.

“Our employees are always encouraged to report incidents of harassment, discrimination or bullying without fear of reprisal and all of our managers are required to act promptly on any issues brought to their attention, and if necessary, request a formal investigation,” he said.

In the case of founded harassment or discrimination, appropriate disciplinary and corrective measures, which can include firing, are determined by a separate discipline committee, Townsend added.

“Our commitment to diversity and inclusion is at the core of CSIS. We make every effort to ensure that all employees feel respected and valued,” he said. “It is our diversity that allows us to better understand all the Canadian communities we protect.”