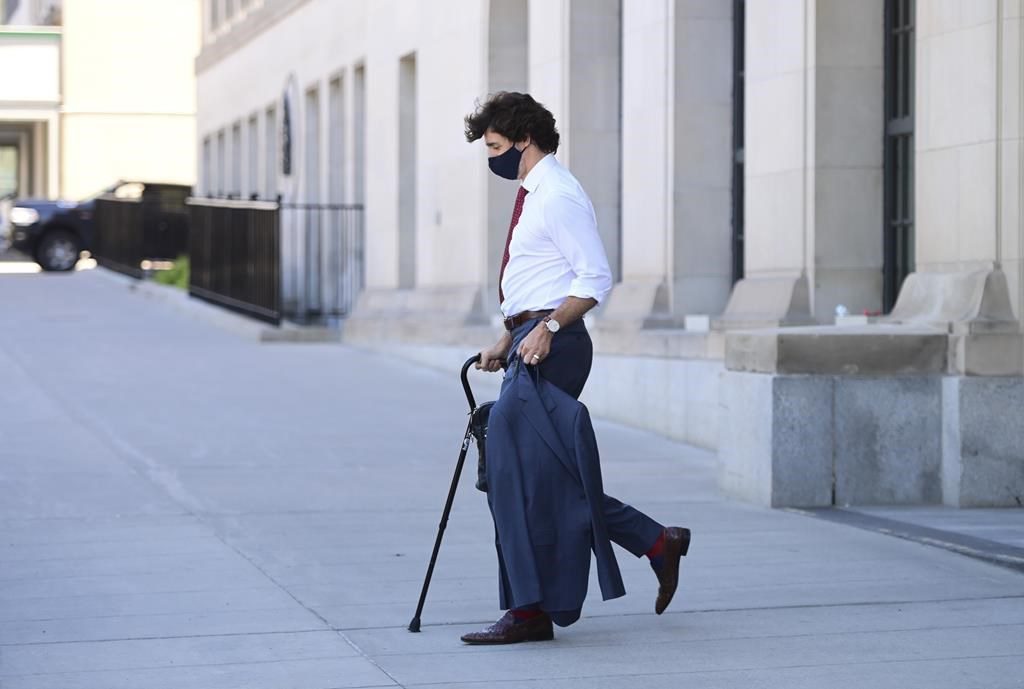 OTTAWA — It seems Justin Trudeau has picked up a new accessory, though this one is not by choice.

The prime minister known for his snazzy socks and styled hair was spotted Monday walking with a cane after leaving an event announcing federal loans for Black entrepreneurs.

Spokesman Alex Wellstead says Trudeau sprained his ankle while playing Frisbee with his children at home over the Victoria Day long weekend.

There was no word on the severity of the sprain or how long the prime minister will need to use the device, which was nowhere to be seen during the actual announcement.

Trudeau, who was sworn in as Canada’s second-youngest prime minister ever in 2015, turns 50 on Christmas Day.