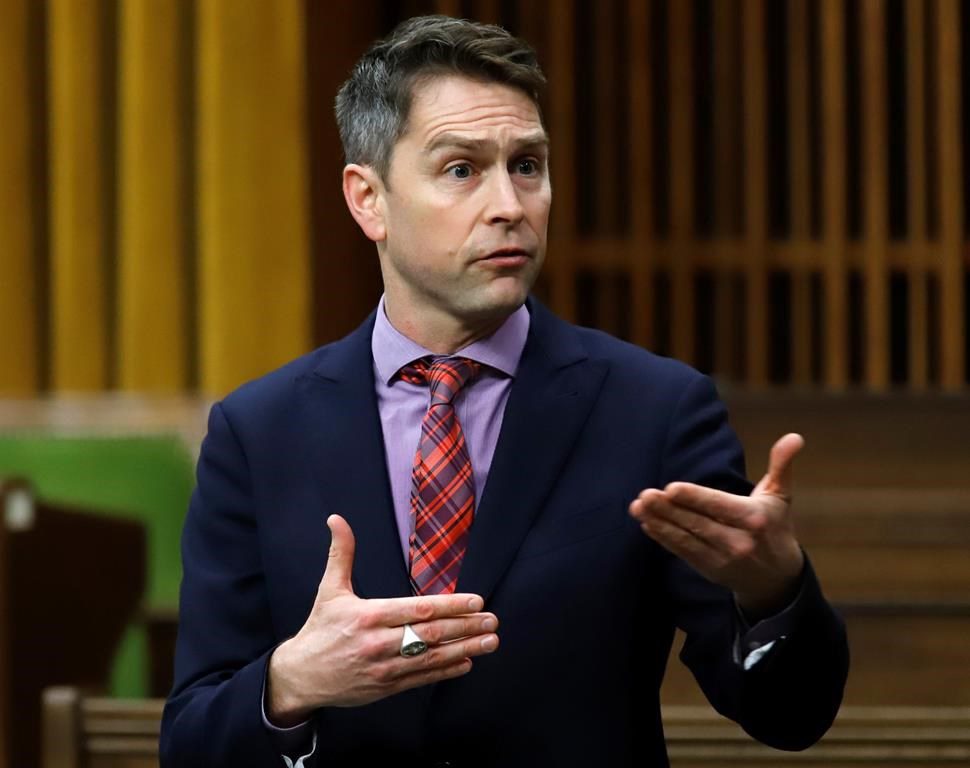 OTTAWA â€” The Liberal MP who inadvertently flashed his parliamentary colleagues says the fact that a screenshot of him in the nude was leaked to the media sends a troubling message about the corrosive state of politics in Canada.

“It sends a terrible signal,” William Amos said in an interview.

“It says if there’s partisan gain to be achieved, then anything goes and that’s not acceptable,” he said, adding that it also sends a terrible message to young people.

“What does that tell our children and what does it tell society about the nature of proper behaviour in a digital society?”

The MP for the Quebec riding of Pontiac said he had just returned from a jog and was changing his clothes in his office Wednesday. He did not realize the camera on his laptop was turned on and that his image was being beamed to fellow MPs tuned in to an internal parliamentary feed of virtual proceedings in the House of Commons.

No one watching the public feed saw Amos, since he was not addressing the Commons at the time.

He’d just sat down at his desk to watch the remainder of question period when he started getting text messages from colleagues advising him to turn off his camera.

Amos, the parliamentary secretary to Industry Minister FranÃ§ois-Philippe Champagne, said at first he was hopeful that the embarrassing faux pas would go unremarked when no one raised it during question period.

When Bloc QuÃ©bÃ©cois MP Claude DeBellefeuille, the party whip, did raise it as a point of order after question period was over, he still hoped it might not blow up into a news story because she did not identify the MP involved.

Those hopes were shattered shortly afterward, however, as a screen grab of him standing naked by his desk was leaked and began circulating on social media.

His first thoughts were about the impact on his family.

“The conversation (about the incident) with my wife, which I’d been sort of delaying, had to happen right away,” Amos said. “And then you start thinking about your parents and your in-laws and your relatives â€¦ Your mind is racing.”

The story, and the mortifying screenshot, has since made headlines all around the world, from Malaysia to England. Amos has been the butt of jokes from popular U.S. late-night television show hosts Jimmy Fallon and Jimmy Kimmel. And his Twitter and Facebook feeds have been deluged with “an avalanche” of reaction from around the globe.

“I have relatives in England who found out via The Guardian,” he said.

“It’s corrosive, it’s destructive and it’s all because of one or multiple people’s decision that this was a good idea (to leak it),” Amos said.

Amos stressed: “I’m resolutely not casting myself in a victim posture here â€¦ I made a mistake. I’m accountable for not being aware that my camera was on â€¦ I have to integrate that into the rest of my life.”

But Amos, an environmental lawyer before first being elected in 2015, said the issue is bigger than the impact on him personally.

He argued that the leak of the screen shot violates parliamentary rules “and without those rules you have a compromised democracy,” in which fewer people will want to run for Parliament or have trust in democratic institutions.

Parliamentary rules prohibit any taking of video or photographs of parliamentary proceedings, including the non-public portions.

Government House leader Pablo Rodriguez asked Thursday that Commons Speaker Anthony Rota investigate who took the screen shot of Amos and who shared it publicly and suggested there could be serious implications.

“Taking a photo of someone who is changing clothes and in the nude and sharing it without their consent could very well be criminal,” Rodriguez said at the time.

Rota took the request under advisement.

Amos said he’s determined not to let the international humiliation distract him from his job. He attended meetings with two snowmobile groups in his riding Wednesday evening and took part in an announcement Friday about an $87-million investment in rural internet service.

But he noted that the same thing could happen to any MP, including someone struggling with mental health issues or who is more vulnerable than he is.

“Maybe I can bear up better than others. Maybe another parliamentarian wouldn’t be able to integrate this tsunami of attention on one’s private self as well as me.”

That’s why, he said, it is so important to investigate and make sure such a thing never happens again.

To let it drop would be “an invitation to corrosive, democratically destructive behaviour.”