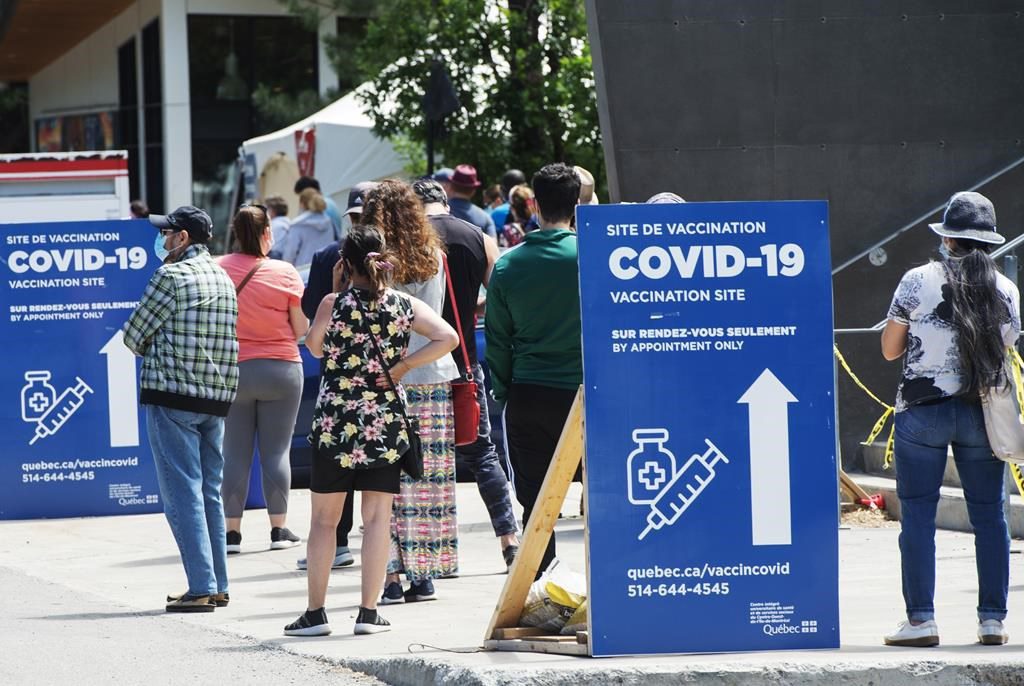 OTTAWA — Canada is poised to receive around 9.5 million COVID-19 vaccine doses this week thanks to a massive infusion of shots from Moderna.

The federal government says the Massachusetts-based pharmaceutical firm will deliver a total of 7.1 million jabs in two separate shipments this week.

Another 2.4 million doses are also due to come from Pfizer and BioNTech, which have been consistently delivering large weekly shipments since mid-March.

The shipments expected over the next seven days will more than double the number of shots Moderna has sent Canada’s way. The company had only delivered 6.2 million by the end of last week, according to the Public Health Agency of Canada.

The federal government has received more than 22.5 million Pfizer-BioNTech doses and nearly 2.9 million Oxford-AstraZeneca jabs, with another 1 million of the latter scheduled for delivery later this month.

Around 330,000 doses of the single-shot Johnson & Johnson vaccine were also delivered, but Health Canada has decided not to distribute them over concerns they may have been tainted.

The government also says it will not accept anymore Johnson & Johnson doses until an inspection of a Baltimore production facility that produced the previous batch.

While Canada is poised to receive millions of vaccine doses this week, Prime Minister Justin Trudeau announced at the conclusion of the G7 summit in Britain on Sunday that Canada would be donating 13 million surplus jabs to poorer countries struggling to vaccinate their populations.

Trudeau said the donations would not affect Canada’s own immunization efforts.

“This global commitment on vaccines is in addition to and in parallel with our vaccine rollout at home,” he said. “We have millions of doses being delivered into the country each week, and every day more and more people get their first and second shots.”

The Prime Minister’s Office later provided a breakdown showing more than 7 million of the doses being donated are from pharmaceutical firm Novovax, whose vaccine has yet to be approved for use in Canada.

The remainder are AstraZeneca doses and shots from Johnson & Johnson that Canada bought through COVAX, an international vaccine sharing initiative.

All told, G7 leaders confirmed their intent to donate more than 1 billion doses to low-income countries in the next year.

That commitment falls far short of the 11 billion doses the World Health Organization said is needed to vaccinate at least 70 per cent of the world’s population and truly end the COVID-19 pandemic.

Canada has secured delivery of more than 100 million doses for the year — more than what’s needed to give its population of nearly 38 million two doses per person.