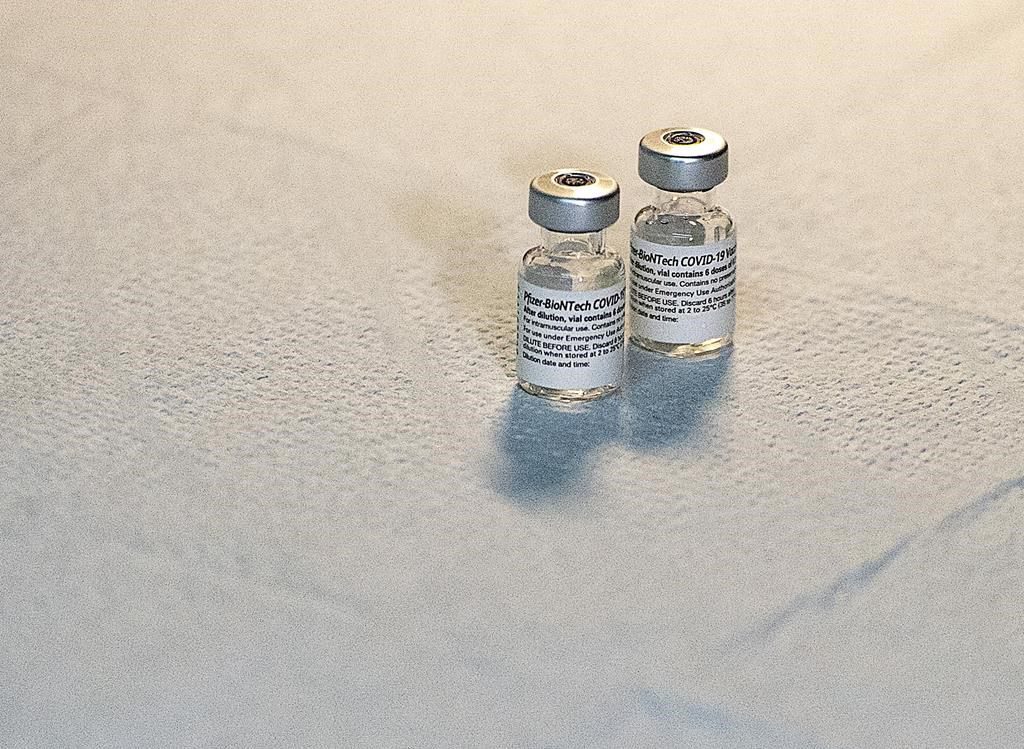 OTTAWA — Canada is set to receive 2.9 million COVID-19 vaccine doses this week thanks in large part to an increase in planned deliveries from Pfizer and BioNTech.

The two pharmaceutical companies had been delivering about 2 million shots per week through the month of May, but will increase that to 2.4 million doses per week starting on Monday.

The federal government says the other 500,000 shots due to arrive this week will come from Moderna, which will deliver the jabs in two separate shipments.

The first will arrive in the middle of the week while the second is due for delivery next weekend, with the doses set for distribution to provinces and territories next week.

The government is also expecting another 1 million doses of the Oxford-AstraZeneca vaccine by the end of June, though a detailed delivery schedule has not been confirmed.

The fate of more than 300,000 shots from Johnson and Johnson that were first delivered in April remains unclear as Health Canada continues reviewing their safety following concerns about possible tainting at a Baltimore production facility.

The arrival of more Pfizer-BioNTech and Moderna shots comes after Health Canada’s Saturday decision to extend the expiry date of tens of thousands of AstraZeneca doses by one month. Many Canadians had been scrambling to get a second shot before the original best-by date of May 31.

The department stressed in a statement that the move was supported by ample scientific evidence.

News of the extension came as pharmacists and physicians in Ontario planned to work through the weekend to use up 45,000 shots expiring on May 31 and 10,000 more with a best-before date in June.

Any injections formerly set to expire on Monday can now be used until July 1, according to Health Canada’s new guidance.

Some provinces have paused their use of the vaccine over supply issues and concerns around a rare but deadly blood clotting disorder linked to the shots.

There were just over two dozen confirmed cases of vaccine-induced immune thrombotic thrombocytopenia, also known as VITT, in Canada as of last Thursday, with another 14 under investigation.

Five people had died of the condition, the Public Health Agency of Canada said.

Ontario resumed the use of the AstraZeneca vaccine for second doses this past week, citing evidence that the likelihood of developing the condition is even lower after the follow-up shot than it is after the first injection.

As of Sunday night, provinces reported administering more than 23 million doses, with more than half the population having received at least one shot. Nearly 2 million Canadians, or about five per cent of the population, have been fully vaccinated.