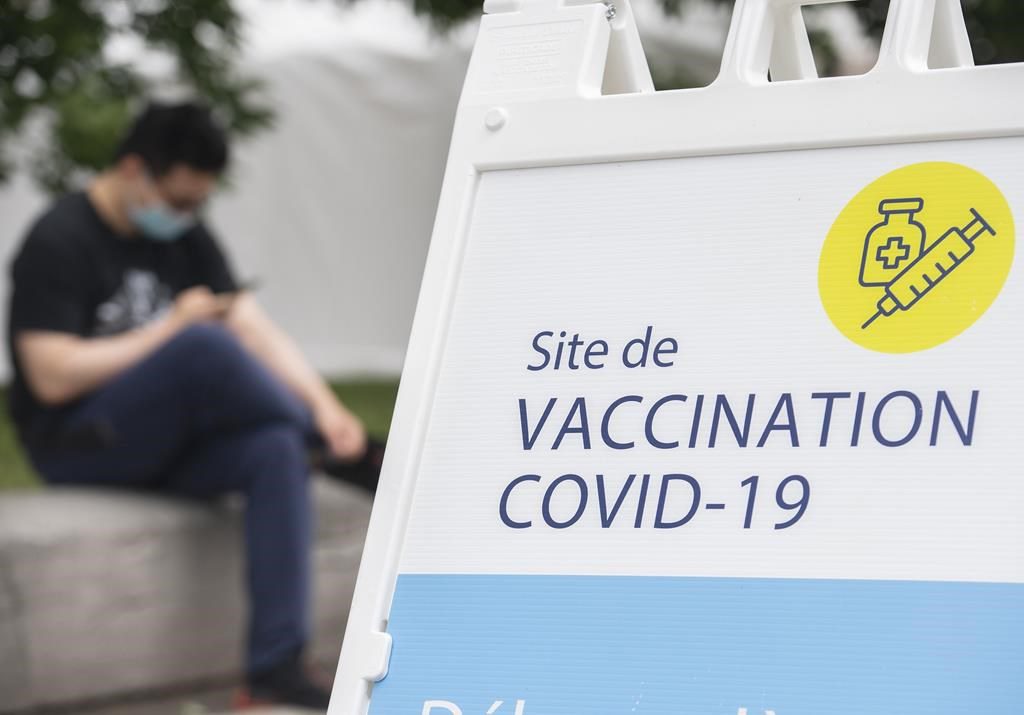 OTTAWA — Canada is scheduled to receive 2.4 million doses of the Pfizer-BioNTech COVID-19 vaccine this week as more Canadians get their first and second jabs.

Those shots are the only expected shipments in what should be a comparatively quiet week of vaccine deliveries.

Moderna shipped 500,000 doses last week, with another 1.5 million shots due to arrive next week.

Ottawa is also expecting another one million doses of the Oxford-AstraZeneca vaccine by the end of June, though a detailed delivery schedule has not been confirmed.

The fate of more than 300,000 shots from Johnson and Johnson that were first delivered in April remains unclear as Health Canada continues reviewing their safety following concerns about possible tainting at a Baltimore production facility.

The federal government says more than 60 per cent of Canadians have received at least one dose, and the number fully immunized with two shots is rising.