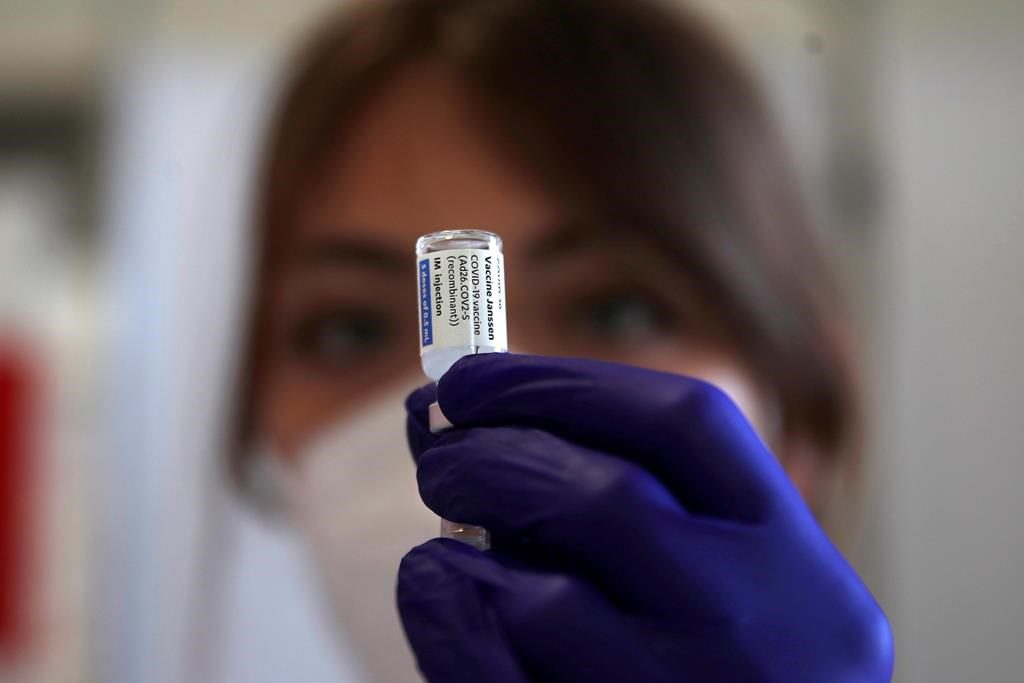 OTTAWA â€” The federal government says it expects Canada to receive around 1.9 million doses of COVID-19 vaccine this week, including its very first shipment of single-dose shots from Johnson & Johnson.

Canada is set to receive about 300,000 doses of the J&J vaccine, which will come in addition to more than 1 million Pfizer-BioNTech shots and around 650,000 jabs from Moderna.

The country is not currently scheduled to receive additional supplies of the Oxford-AstraZeneca vaccine, which has been in heavy demand after the eligible age for the shot was dropped to 40-plus in several provinces.

That demand is only expected to increase after the National Advisory Committee on Immunization adjusted its age recommendation for the shots, announcing on Friday that Canadians 30 and older should get the AstraZeneca vaccine.

Some provinces, however, have said they don’t have enough supply to expand eligibility any further.

Federal Public Procurement Minister Anita Anand said last week the government is in talks with the United States to secure additional AstraZeneca doses after President Joe Biden suggested his country might share the shots with Canada.

The U.S. has stockpiled tens of millions of AstraZeneca shots, but health officials there have not approved the vaccine for use.

Anand said earlier this month that Canada still expects to receive 4.1 million doses of AstraZeneca from all sources by the end of June.

The expected arrival of the first Johnson & Johnson doses later in the week follows the end of an 11-day pause in the U.S. as health officials looked into six cases of rare blood clots.

There have also been questions and concerns about possible contamination of AstraZeneca and Johnson & Johnson doses at a Baltimore factory.

Health Canada released a statement on Sunday offering assurances that the two vaccines are safe.

“Health Canada has verified that the 1.5 million doses of AstraZeneca vaccine imported into Canada from this facility meet quality specifications,” it said.

“The department reviewed test results of all vaccine lots that came into Canada, as well as the company’s quality control steps implemented throughout the manufacturing process to mitigate potential risks of contamination.”

The Johnson & Johnson vaccines expected this week do not come from the Baltimore facility, it added.

This week will also mark the last in which Canada will receive less than 2 million doses of the Pfizer-BioNTech vaccine, as the pharmaceutical giants prepare to ramp up deliveries for the foreseeable future.

The government expects the Pfizer-BioNTech shots to arrive early in the week, and the Moderna doses around mid-week.

Provinces reported 231,540 new vaccinations administered over the past 24 hours on Sunday, for a total of 12,044,741 doses given since the start of the vaccination campaign in the winter.