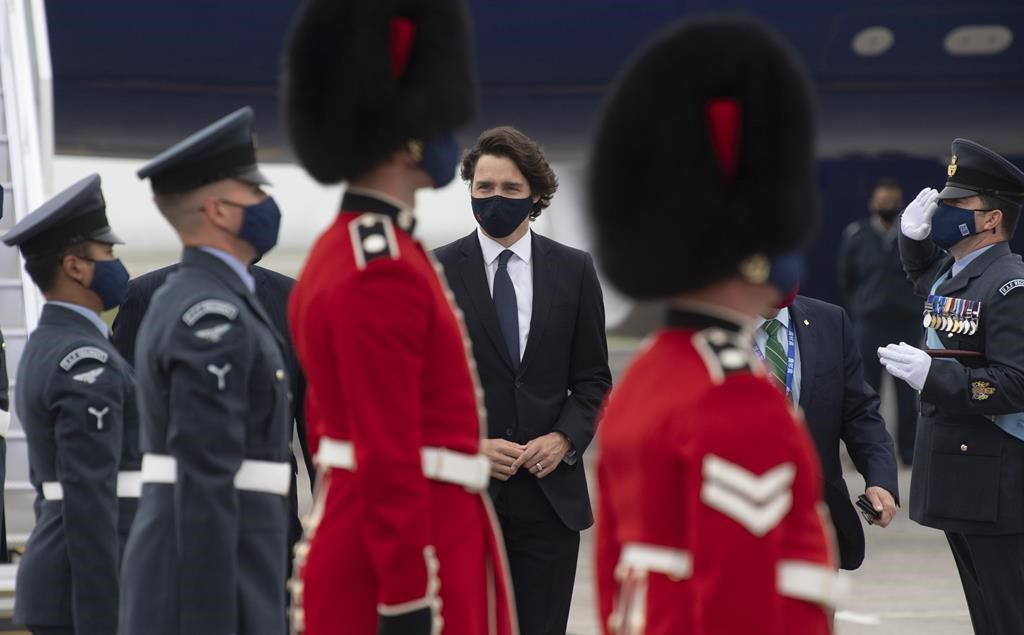 CORNWALL, ENGLAND — Prime Minister Justin Trudeau enters the first day of the G7 summit as the only leader who has yet to pledge how many vaccine doses his country will donate to less wealthy nations.

The United Kingdom says leaders are expected to agree to give other parts of the world access to one billion doses of COVID-19 vaccines through donations and funding.

Trudeau is set to meet with British Prime Minister Boris Johnson, who has stated he wants the three-day gathering to produce promises on ways to end the pandemic by the end of next year.

The G7 leaders will take part in a session today that focuses on how the health and economic recovery from COVID can be “for all.”

Ensuring equitable access to inoculations against COVID-19 is a call facing leaders from the World Health Organization, as well as anti-poverty and humanitarian groups, since over 80 per cent of the vaccinations to date have been in wealthy countries.

Although Canada has yet to spell out it plans for donating vaccines, it has promised $440 million will go to COVAX, a vaccine-sharing initiative to buy doses directly from manufacturers and give them to lower- and middle-income nations.

Canada has had a mixed experience with access to vaccines. Shipments into the country got off to a sluggish start in January and February, which was followed by a deadly third wave of the virus, but have been ramping up this spring.

This week, Canada announced it would receive another seven million doses of vaccine from Moderna in June. Procurement Minister Anita Anand said there should be enough vaccine delivered for 80 per cent of eligible Canadians to be fully vaccinated by the end of July.

This report by The Canadian Press was first published June 11, 2021