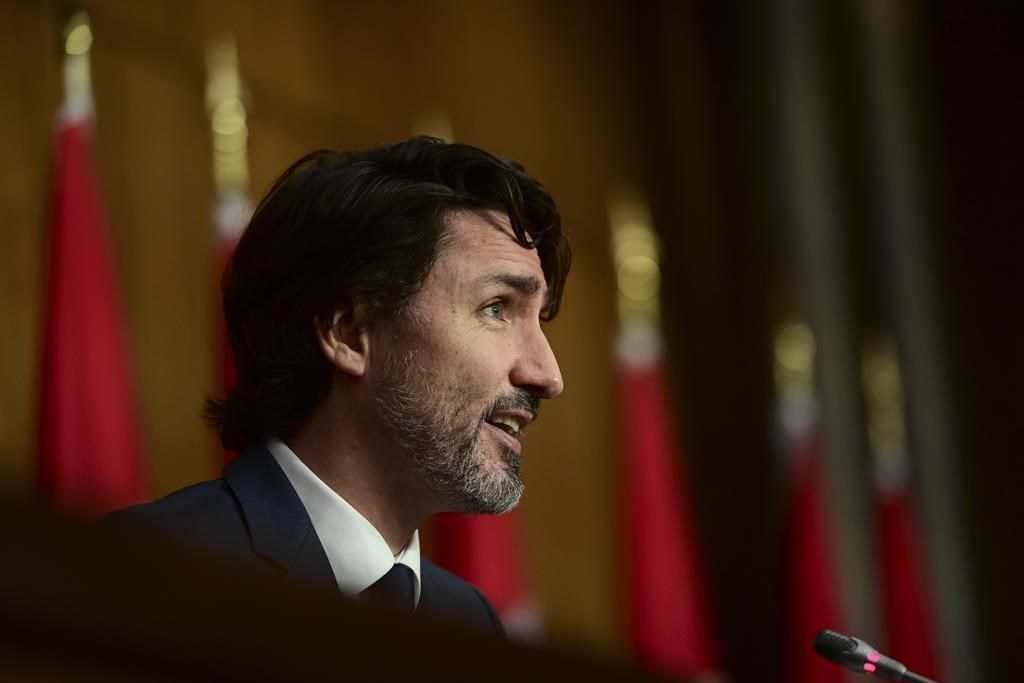 WASHINGTON â€” Canada is still counting on the United States to share its COVID-19 vaccine surplus, Prime Minister Justin Trudeau said Tuesday â€” even as pressure mounts on the White House to help ease a spiralling pandemic crisis in India.

The federal Liberal government says it is in close contact with the U.S. and with diplomatic officials at the Canadian Embassy about procuring more doses of the Oxford-AstraZeneca vaccine, which is not being used south of the border.

“It is not about taking vaccines from the rest of the world,” Trudeau said, noting Canada’s earlier deal with the U.S. to exchange 1.5 million AstraZeneca doses for a comparable share of Canada’s supply later in the year.

“It is a question of simply moving up timings and exchanging doses so we can get through our vaccination quicker, and all the quicker turn to supporting people around the world.”

Just how many of an estimated 60 million U.S. doses coming online between now and the end of June might end up in Canadian arms, however, remains an open question, given India’s worsening circumstances.

To date, the country has recorded about 198,000 deaths, behind only the U.S., Brazil and Mexico â€” a figure experts say is likely lower than the true number.

Canada and the U.S. are both doing what they can to help, with Trudeau announcing plans to provide surplus medical supplies and a $10-million cash injection for the Indian Red Cross to help procure materials like personal protective equipment.

The U.S. is also sending medical equipment, therapeutic drugs, raw materials for vaccine manufacturing and some undetermined portion of its AstraZeneca doses. None of those will be available for export until cleared by the Food and Drug Administration.

“I think we’ll be in a position to be able to share vaccines as well as know-how with other countries that are in real need â€” that’s the hope and expectation,” President Joe Biden said Tuesday.

Jeff Zients, the head of the White House COVID-19 task force, said the U.S. hopes to share some of the stockpile with India once the doses â€” 10 million in the coming weeks, 50 million more by the end of June â€” are cleared for export.

Zients didn’t mention specific countries other than India, but he did indicate the U.S. plans to distribute the stockpile elsewhere around the world.

“We are in a position now where we can foresee that we will not be using the AstraZeneca doses that we expect to come online,” he said. The 10 million doses that are in hand are still awaiting FDA clearance, he added.

“As soon as that happens, we will have 10 million doses available, those will be distributed globally. And then we expect over the next couple of months, another 50 million.”

Last week, Biden mentioned Canada by name after a phone call with Trudeau and hinted strongly that more U.S. doses of the AstraZeneca vaccine would be headed north.

“We helped a little bit there,” Biden said. “We’re going to try to help some more.”