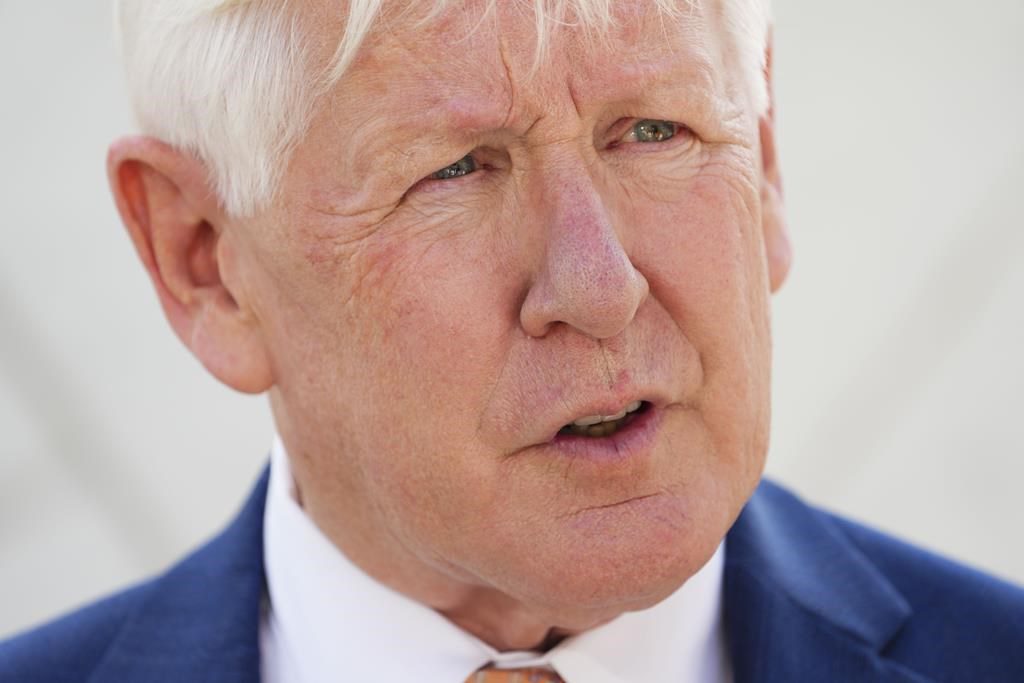 Ottawa is sharing confidential dossiers in a bid to convince countries like France to join its efforts to sanction Haiti’s elites, says Canada’s ambassador to the United Nations.

“We continue to share whatever information we can — with respect to the decisions that we have made — with other countries,” Bob Rae said in an interview.

“Canada still maintains the right to make its own decisions as well, which is what we’re doing.”

Rae visited Haiti last December as part of Canada’s efforts to try forming a political consensus on how western countries should best respond to the country’s cascading political and humanitarian crises.

Violent, feuding gangs have taken over the Haitian capital of Port-au-Prince since last summer. A UN report last October said gangs are sexually assaulting women and children, in addition to curtailing access to health care, electricity and clean water.

The gangs have reportedly killed and kidnapped hundreds, while filling a power vacuum in a country led by politicians whose terms have expired. No elections have been held since before the COVID-19 pandemic.

The country’s unelected prime minister, Ariel Henry, has requested a foreign military intervention, which Washington says Canada ought to lead, though the idea is divisive among Haitians.

Instead, Canada has sought a political consensus in Haiti, and has sanctioned 15 of the country’s political and economic elite, accusing them of emboldening the gangs.

Canada has not publicly shared the evidence upon which it has based those decisions. The length of its Haiti sanctions list is unmatched.

The U.S. sanctioned just four Haitians last year over alleged ties to gangs, in addition to three whom Washington had sanctioned in 2020.

Most countries have opted to follow a United Nations process to identify people affiliated with gangs who should be subject to sanction. It has listed just one person since October — gang federation leader Jimmy Cherizier, known locally as “Barbecue.”

Anyone who ends up on that list will see a nearly global travel and assets ban. But Rae said it is expected that countries will take a long time to agree on who merits such heavy restrictions.

“Canada knew the process at the UN could become a complex one,” he said.

“We thought it was important for us to get ahead of that process, which we fully respect, and look forward to hearing from the experts.”

In an interview with The Canadian Press last month, Prime Minister Justin Trudeau called on European governments to follow Canada’s lead and implement their own, unilateral sanctions on Haiti’s elites. That hasn’t happened yet.

In an interview earlier this month, former governor general Michaëlle Jean, who has roots in Haiti, singled France out for doing “nothing at all” on sanctions.

The French embassy in Ottawa deferred to the speech France gave Monday to the UN Security Council, suggesting that the country is sticking with the UN sanctions process.

“France welcomes the establishment of the (sanctions) committee and its panel of experts. We hope that this committee will quickly get to work to make proposals,” senior diplomat Nathalie Broadhurst told the council.

“It is with a sense of great urgency that France calls on the international community to redouble its efforts.”

Rae said sanctions from France would likely have a strong effect. He also noted that the neighbouring Dominican Republic is a haven for Haitian elites, but it lacks laws to sanction individuals.

“We’re having some discussions with the EU and with the French and others. We’re continuing to have as constructive a dialogue as we can,” he said.

“Our experience in Haiti has been that the sanctions have had a strong impact. And obviously, their impact is increased when other countries join in.”

To that end, Rae said Canada has been giving the UN sanctions committee and other countries the evidence that Ottawa has used in its decision-making.

“We’ve been talking to the panel and sharing information, and sharing as much documentation as we can,” said Rae, who said that the evidence can’t be made public.

Unlike other countries such as Britain, which publishes detailed reasons when it places someone on its sanctions list, the Canadian approach is to keep reasons confidential.

Former Haitian prime ministers Laurent Lamothe and Jean-Henry Céant have both demanded that Canada reveal its reasoning, with both denying Ottawa’s claims that they have supported gangs. Lamothe has filed a claim in Federal Court, while Céant asked the UN this week to intervene against Canada.

“We have to deal with this information carefully. It’s important for everybody to know that the law has to be followed carefully,” Rae said.

“None of these decisions are taken lightly, and they’re all taken in the awareness that many people will naturally not be happy about being sanctioned, will be obviously exercising the rights they have under our legal structure.”

In Haiti, the National Network for the Defence of Human Rights has reported that Canada’s sanctions have slightly alleviated the suffering, with gangs loosening their grip on locals’ movements.

“They were ordered to calm down,” director Rosy Auguste Ducena told Radio France International earlier this month in French.

“Those who have not yet been affected by these sanctions have decided to slow down their relations with the armed bandits.”

Yet a former U.S. envoy for Haiti, Dan Foote, has doubts. He resigned in September 2021 over frustration with western policies he witnessed in Haiti, which he argued in his resignation letter “consistently produce catastrophic results.”

“For sanctions to work, those sanctions need to be transparent,” Foote said in an interview.

He added that sanctions can have unintended negative consequences. “There are a few people who would have brought a lot of Haitians to the table who are now under sanctions.”

This report by The Canadian Press was first published Jan. 26, 2023.