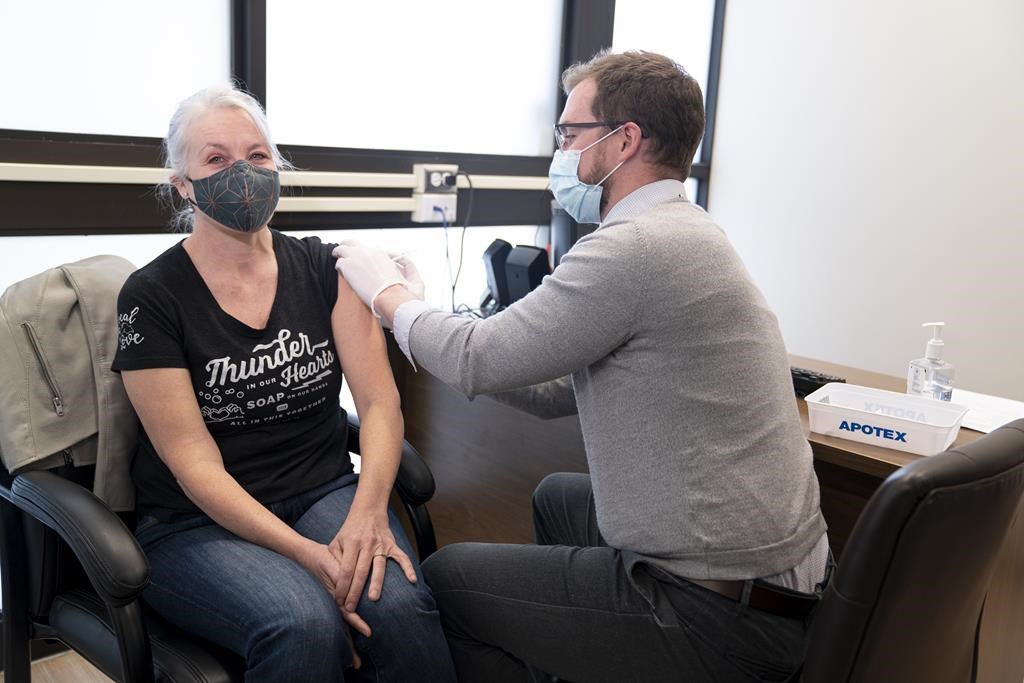 Canada has secured 35 million booster doses of the COVID-19 vaccine for next year, and another 30 million in the year after.

Trudeau says the country must be prepared in case they are needed.

Booster shots are expected to be important as the virus continues to mutate, similar to how the flu shot is altered every year to be effective against the most dominant strain.

The announcement came as Canada’s top public health doctor said there are signs the epidemic is easing, although average COVID-19 case counts have more than doubled over the past month.

Dr. Theresa Tam said the success of the vaccine rollout will likely determine whether restrictive COVID-19 measures can be lifted this summer.

Tam said these hot-spot regions may be able to emerge from lockdown in time for people to take full advantage of the warm weather.

But for that to happen without overwhelming hospital capacity, at least 75 per cent of Canadian adults will have to receive their first shot, including 20 per cent who would be fully vaccinated, according to the federal forecasts.

“These models give us hope, illustrating that there is a safe way to lift most restrictive public health measures,” Tam told reporters. “This is why it is so important to roll up our sleeves and get vaccinated.”

Tam estimated that Canada could reach this goal around mid-July to August but said that depends on whether vaccine shipments arrive on schedule.

The latest numbers indicate that nearly 30 per cent of Canadian adults have received at least one dose of the vaccine.

Average COVID-19 case counts have more than doubled over the past month, with upwards of 8,400 infections reported daily over the last week.

But Tam said there’s reason for hope due to Canada’s declining reproduction rate, which represents how many people are infected by each new case.

This measure has fallen below the key threshold of one for the first time in weeks, meaning the rate of transmission is trending downwards.

Tam said hard-hit provinces including Ontario, Quebec and British Columbia have made strides in driving down infection rates. But she said continued vigilance will be critical to maintaining this progress.

The prime minister and Sophie Gregoire Trudeau were set to receive their first shots of AstraZeneca later in the day.