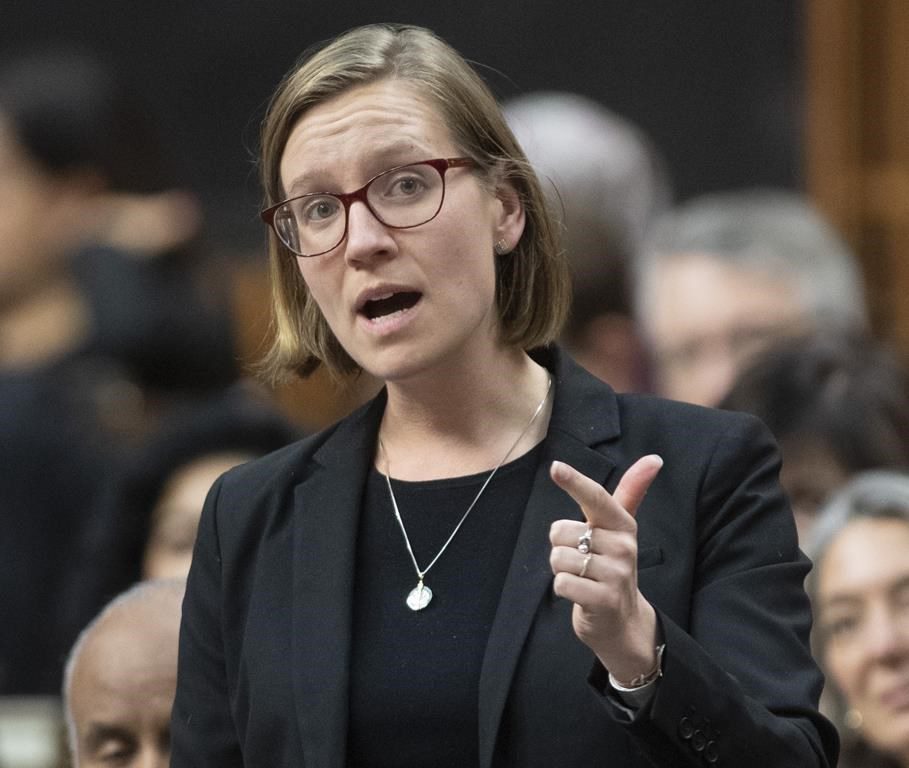 OTTAWA — International Development Minister Karina Gould says Canada is doubling its dollar commitment to the global vaccine-sharing alliance known as COVAX, but isn’t yet committing to a specific donation of excess vaccine doses.

Gould is among leaders and ministers attending a virtual COVAX summit hosted by Japan today where at least a dozen countries are increasing their pledges to the facility one year after it was created.

But it also says it needs an immediate redirection of doses from wealthy countries, which are well ahead in the race to vaccinate.

Canada has previously said it will donate excess vaccine doses to COVAX, but has not yet said when or how many.

COVAX was established to try and ensure equitable access to vaccines by having wealthy countries buy into it, to get doses for themselves and help buy doses for countries that can’t afford them.

Canada has been heavily criticized for being the only G7 nation to accept doses from COVAX rather than donating its share back to countries in higher need.

The arm of COVAX helping 92 low and middle income countries is known as the Advance Market Commitment, and Gould was named the co-chair of its engagement group in January to establish a plan so wealthier countries could donate or exchange doses of vaccine directly.

“With dedicated funding from Canada, COVAX has developed a way to easily and swiftly share surplus vaccine doses,” Gould told the Tokyo summit this morning.

Europe has pledged to donate 100 million doses, the United States 80 million doses, and several other countries, such as New Zealand, have also offered some of their doses either from their own direct purchase agreements or by redirecting their own COVAX allotments.

It has given 64 doses for every 100 people, putting it in the top 20 for the total number of doses administered per capita, when second doses are included.

By comparison, 25 countries, mostly in Africa, have given fewer than one dose for every 100 people.

India’s Serum Institute was to be one of the major suppliers of COVAX but because of the massive third wave in India this spring, the country has banned further export of doses for any reason until at least the end of the year.

COVAX said in a statement last week this has left it with a 190-million-dose shortfall to meet its commitments by the end of June.

“The pandemic has just taken a frightening new turn, as a deadly surge of cases rages across South Asia and other hotspots,” says a May 27 call to action statement by COVAX.

“Countries with the largest supplies should redirect doses to COVAX now, to have maximum impact.”

COVAX is one of three arms of the ACT Accelerator, a global program to make sure the entire world has access to COVID-19 testing, treatments and vaccines.

Prime Minister Justin Trudeau announced last month Canada would increase its overall support to the ACT Accelerator by $375 million to a total of more than $1.3 billion. Today’s $220 million donation to COVAX comes from that May pledge.