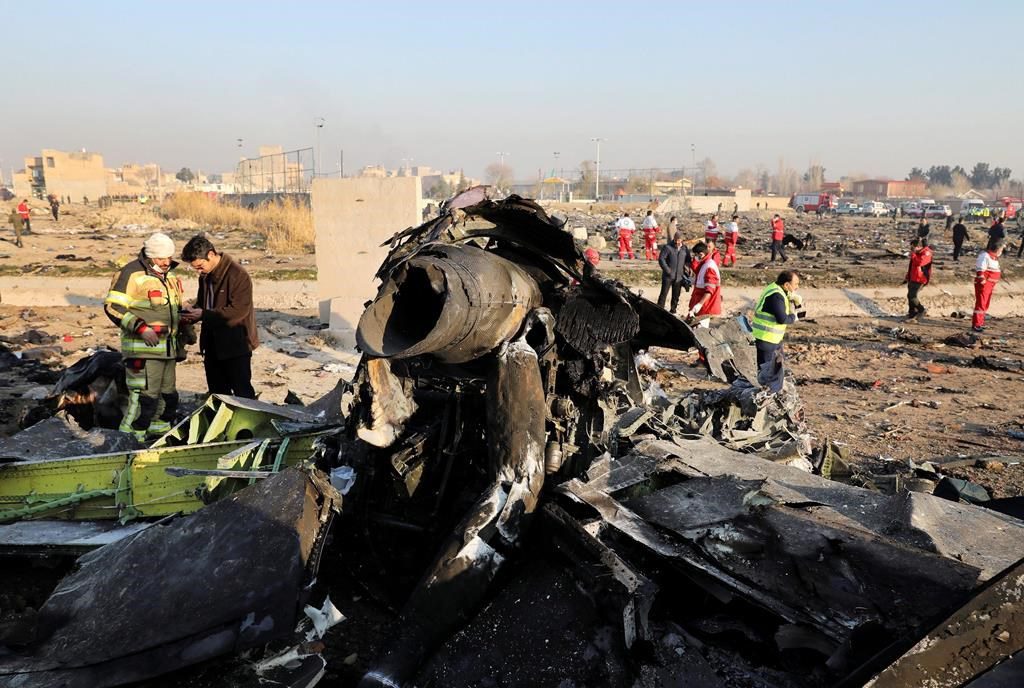 OTTAWA — Canada, Sweden, Ukraine, and the United Kingdom say they have delivered a notice of claim against Iran over its shootdown of Ukraine International Airlines Flight 752.

Foreign ministers from those four countries, who lost nationals and residents when the jetliner was shot down shortly after taking off from Tehran in January 2020, say in a statement today that Iran’s “actions and omissions amount to breaches of international law.”

A followup statement says Afghanistan, which is the fifth member of the International Co-ordination and Response Group for families of victims of Flight 752, will remain a “key partner” but not take part in the coming negotiations as it deals with a series of attacks in Kabul.

The other four ministers say their claim states Iran must fulfil its legal responsibility to make full reparations and they call on Iran to set a date to begin talks on the issue.

Their demands include an acknowledgment of wrongdoing, a full accounting of events that led to the Iran’s Revolutionary Guard firing two missiles at the plane, a public apology, reassurances it will not happen again, transparent prosecutions and compensation for damages suffered by the victims and their families.

Canada, which lost 55 citizens and 30 permanent residents among the 176 people who died in the crash, has rejected a final report by Iran’s civil aviation authority that blames “human error” for Iran’s Revolutionary Guard having fired two missiles at the plane.

This story was produced with the financial assistance of the Facebook and Canadian Press News Fellows.