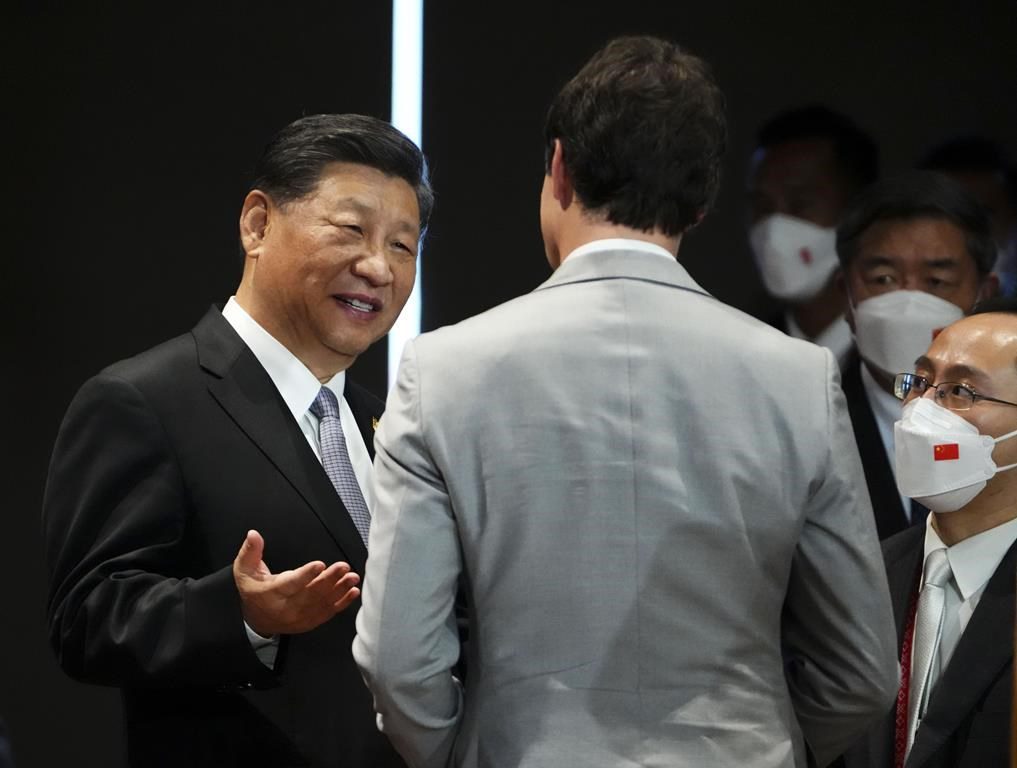 OTTAWA — International Trade Minister Mary Ng says Canada will maintain a respectful dialogue with China even as she warns that Canada’s biggest trading partner in Asia has changed.

Ng’s comments come a day after a terse exchange at the G20 summit in Indonesia between Chinese President Xi Jinping and Prime Minister Justin Trudeau.

Xi took issue with Trudeau after the Prime Minister’s Office provided Canadian media with some basic details about a conversation Xi and Trudeau had on the sidelines of the G20 on Tuesday.

The PMO shared that Trudeau had raised concerns with Xi about Chinese interference in Canada.

Chinese foreign ministry spokeswoman Mao Ning says Xi was not criticizing anyone when he approached Trudeau at the end of the G20 on Wednesday and said that it was Canada that was being disrespectful and condescending.

Ng, who is with Trudeau in Thailand for the Asia-Pacific Economic Cooperation forum meetings, says Canada has had difficulties with China, but the federal government will still aim to have respectful conversations with China on important issues.