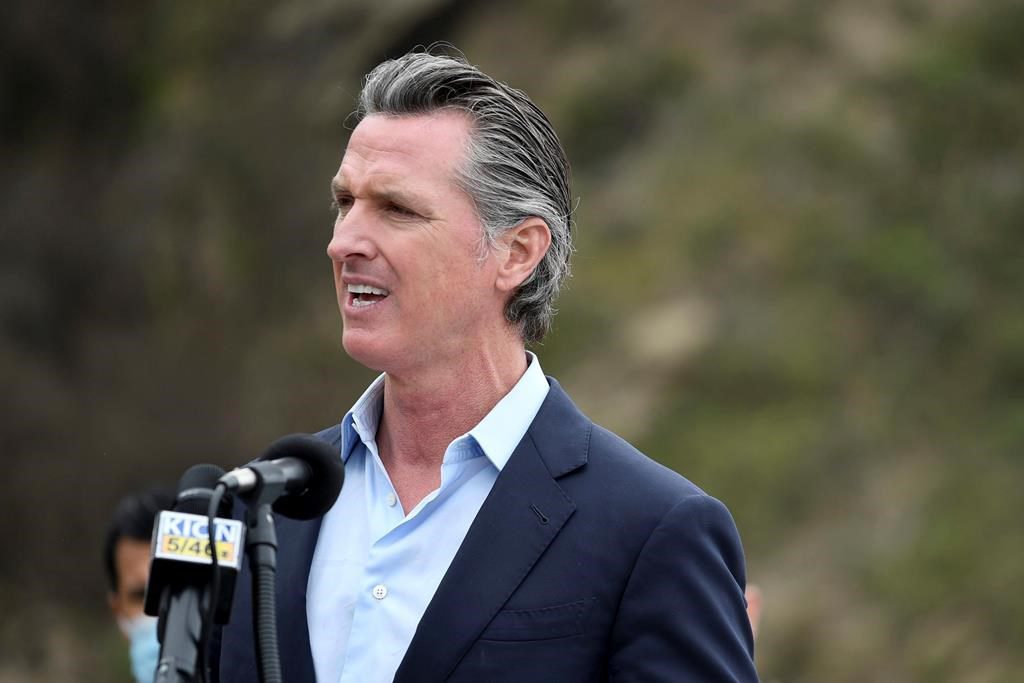 "The people of California have done what the politicians thought would be impossible,” said Orrin Heatlie, the retired county sheriff’s sergeant who launched the recall effort last year. "Our work is just beginning. Now the real campaign is about to commence.”

Heatlie spearheaded the signature collection effort that began last June and then picked up momentum in the fall as frustration grew over Newsom’s coronavirus-related actions. The California secretary of state’s office said more than 1.6 million signatures had been deemed valid as of Monday, about 100,000 more than required.

People who signed petitions now have 30 days to withdraw their signatures, though it's unlikely enough will do so to stop the question from going to voters.

The recall against Newsom, a first-term Democrat seen as a possible White House hopeful someday, will be among the highest-profile political races in the country this year. He launched a campaign to fight the effort in March alongside endorsements from Democrats including U.S. Sens. Elizabeth Warren and Bernie Sanders. So far no other Democrats have jumped in to run against him.

"I am not going to take this fight lying down,” read a fundraising appeal sent by Newsom shortly after Monday’s announcement about the signatures. "There is too much at stake, and I intend to win.”

His campaign manager, Juan Rodriguez, repeated criticism that the campaign is a partisan effort by pro-Trump Republicans that "seeks to undo the important progress we've made under Governor Newsom – fighting COVID, supporting families who are struggling, protecting our environment, common-sense gun safety laws.”

An election is likely in the fall and voters would face two questions: Should Newsom be recalled and who should replace him? The votes on the second question will only be counted if more than half say yes to the first.

If Newsom survives the recall he will be up for reelection in 2022.

"Californians from all walks of life are seizing this historic opportunity to demand change,” Faulconer said in a statement. "As the only candidate who's won tough elections and enacted real reform, I am ready to lead this movement.”

Dozens of other candidates, serious and not, are expected to enter the race.

The only other time a governor has faced a recall election was in 2003, when Democrat Gray Davis was voted out and replaced with Republican Arnold Schwarzenegger. Democrats believe Davis was hurt politically when Lt. Gov. Cruz Bustamante, a fellow Democrat, entered the race.

Newsom won election in 2018 with support from more than 60% of the voters. Recalling him will be a tough sell in the heavily Democratic state where just a quarter of the state's registered voters are Republicans, about the same number as those who identify as "no party preference."

But organizers see an opening with voters of all political stripes who were angered by Newsom's handling of the pandemic and those frustrated by one-party rule in Sacramento. Republicans have not won statewide office since 2006, when voters gave Schwarzenegger a second term. Organizers say about 30% of the petition signers were Democrats or independents.

Newsom's pandemic actions tipped the recall effort over the edge, especially after he was caught last fall dining at a fancy restaurant for a lobbyist's birthday while urging residents to stay home.

Heatlie decided to pursue a recall in early 2020, motivated not by Newsom’s pandemic policies but by his support for immigrants in the country illegally and other liberal policies.