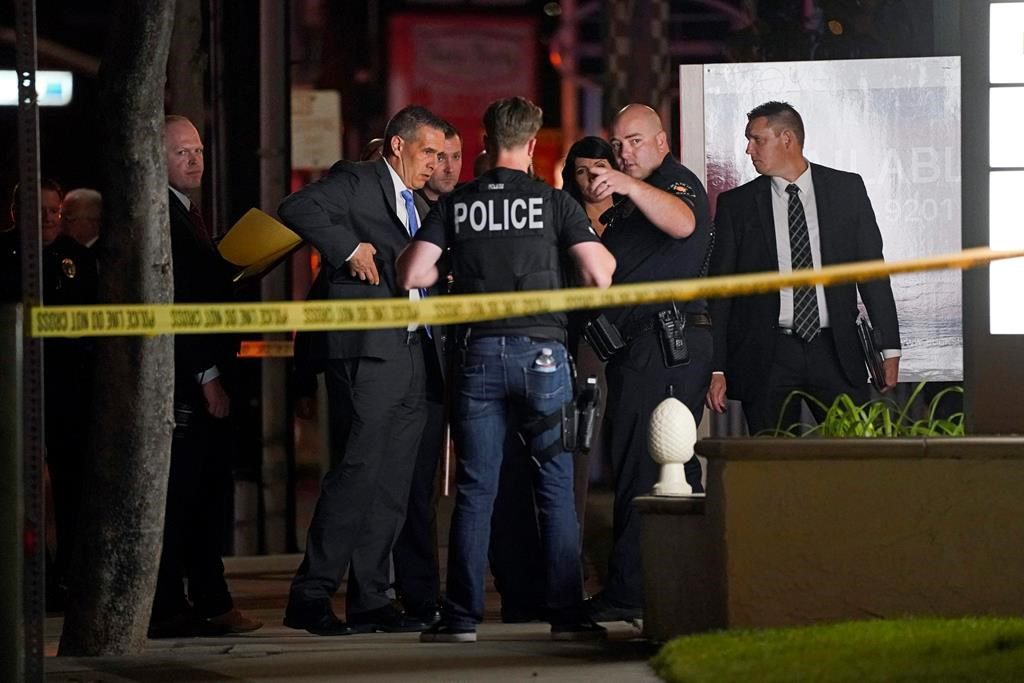 SACRAMENTO, Calif. â€” The man accused of going on a shooting rampage at a Southern California business, killing four people, should not have been allowed to buy or own guns because of a California law that prohibits people from purchasing weapons for 10 years after being convicted of a crime.

Aminadab Gaxiola Gonzalez was convicted of battery in 2015, which should have kept him from possessing or buying guns or ammo at stores that conduct background checks. While it’s unclear how Gaxiola, 44, acquired the weapons used in the March 31 shooting, the tragedy raises concerns over California’s ability to enforce strict gun control laws, the Sacramento Bee reported on Friday,

Police say Gaxiola had targeted Unified Homes, the mobile home brokerage company in Orange, and had personal and business relationships with the victims. His estranged wife had worked in the business for more than 10 years as a broker assistant.

The shooting occurred nearly six years after Gaxiola pleaded guilty to misdemeanour battery, which should have put him on the list prohibiting him from owning firearms for the next 10 years. The list is used during the state’s gun and ammunition background check process.

Two weeks after the mass shooting, police learned Gaxiola was not on the "Prohibited Persons List," though he might still have been blocked from buying a gun during a standard background check, Orange Police Lt. Jennifer Amat said.

Detectives were still working on tracing the Glock semi-automatic handgun and ammunition, she said.

It’s rare that a background check misses a prohibited person, or that a dealer would decide to still sell to a banned customer, said Steve Lindley, a former California Department of Justice Bureau of Firearms chief who now works as a program manager at the Brady Campaign to Prevent Gun Violence.

Even with all the stopgaps in a "very, very good system," Lindley said, people still acquire guns illegally.

"Unfortunately, where you have strict gun laws, there will always be a market for illegal firearms," Lindley said. "Because people want to get them one way or another."

California in 2016 became the first and only state in the nation to establish the Armed and Prohibited Persons System for tracking firearm owners who fall into a prohibited category based on their criminal histories or their risk to themselves or others.

The system is intended to prevent gun violence by blocking those deemed too risky to own a firearm from possessing a gun or buying one. Pulling records from several databases, the system is supposed to alert authorities when someone who once legally purchased a firearm is placed on the prohibited persons list.

Agents with the Department of Justice, which manages the state's background check system, will then track a prohibited person to confiscate their weapons and ammunition. The agency says it lacks the staff to clear a backlog in cases â€” a problem officials noted became more pronounced because of staffing shortages caused by the pandemic.

Without knowing more about how Gaxiola got his handgun and ammunition, there are "missing pieces to the story that are critical," to understanding whether he obtained it because of an institutional failure, said Dr. Garen Wintemute, an emergency medicine physician at UC Davis Medical Center, where he is the director of the Violence Prevention Research Program.

Gaxiola, 44, was charged with four murder counts and three attempted murder counts for firing at two officers who shot and wounded him when he fired at them with his handgun, and for critically wounding a woman. She was the mother of a 9-year-old boy who died in her arms.

Gaxiola’s arraignment has been repeatedly postponed because he remains hospitalized and unable to communicate with his court-appointed attorneys.