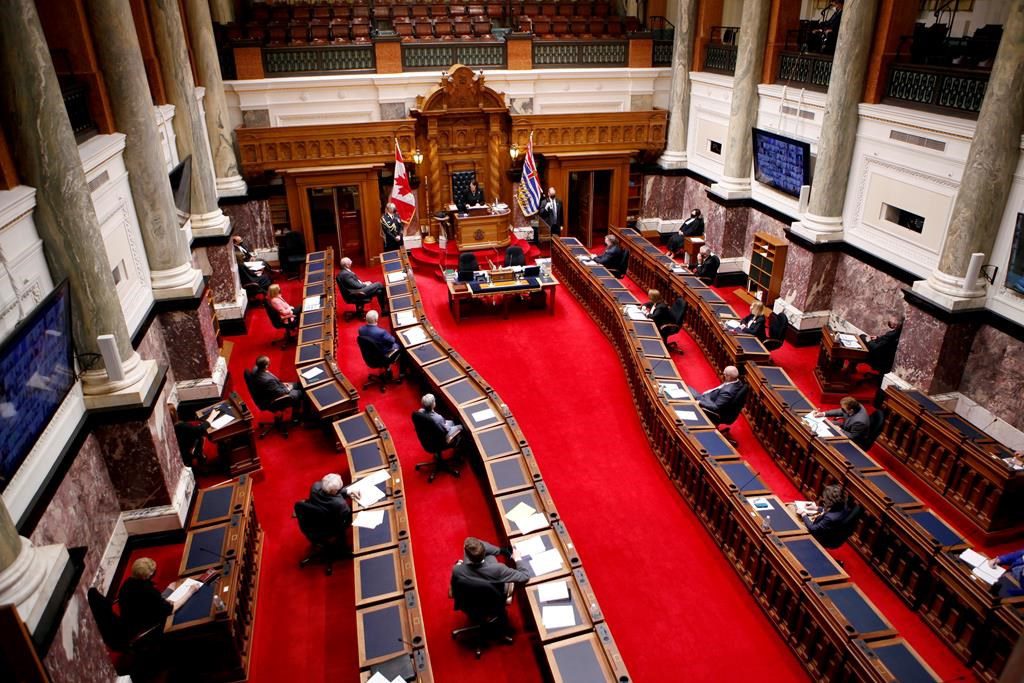 VICTORIA â€” The British Columbia government looked beyond the COVID-19 pandemic in its speech from the throne on Monday to other priorities including help for the economy, improved health care and taking on inequality.

Lt.-Gov. Janet Austin delivered the speech in the legislature on behalf of the government, outlining its priorities more than a year after the pandemic began and amid a third wave of surging infections.

British Columbia is in the “final push” in what has been a difficult marathon, the speech said.

“Keeping people healthy and safe until we have crossed the finish line is our collective responsibility. It is an essential precondition for economic recovery and a return to normal life.”

The NDP government promises to hire thousands of new workers for long-term care and fix cracks exposed in the system by COVID-19. It said it will improve surgery wait times and build new urgent primary care centres and hospitals, including one in Surrey.

The government commits to record spending on infrastructure including replacing the George Massey Tunnel and building the Broadway and Surrey-Langley SkyTrain lines, as well as legislation to support a fund to help B.C. companies scale up and hire local workers.

It promises to introduce legislation to remove barriers to accessibility and inclusion felt by those in B.C. with disabilities.

The speech said the pandemic has brought out the best in most people but the worst in others, noting that anti-Asian hate crimes rose by more than 700 per cent in Vancouver last year.

“Racism has no place in our communities. Everyone has a right to feel safe and respected.”

The speech also outlines how the government plans to address the cost of living so that the economic recovery is felt more equally. That includes raising the minimum wage to $15 per hour in June, and getting thousands of rental homes built while also expanding $10-a-day daycare.

B.C. will act to end the criminalization of simple drug possession and make new investments in the Pathway to Hope plan to improve mental health and addictions care, the speech said.

The government plans to make it easier to buy electric vehicles and support the industrial transition away from fossil fuels through electrification.

B.C. residents need to come together in the way that saw them bang pots and pans for front-line workers last year, the speech said.

“It is this same spirit of common purpose that we must summon again to get us safely through to the end of the pandemic, so that we can start building towards that brighter future we know is possible.”

The speech also provides a preview of the government’s budget, which will be delivered April 20.

Finance Minister Selina Robinson forecast a budget deficit nearing $14 billion during a fiscal update in December and the speech promises balanced budgets as the economy recovers after the pandemic ends.

The government has failed to present a full job-creation or economic-recovery plan, she said. The government is also making a mistake by looking too far in the future when so many British Columbians need support now, she added.

“After a year of sacrifice and loss, what British Columbians need in this moment is a shared sense of common purpose, not only for navigating this third wave of COVID-19, but for a more just and equitable future,” she said in a statement.

"We need to recognize the responsibility this government has to address the multiple overlapping crises we face in addition to COVID-19, from the drug toxicity crisis to the existential threat of climate change.”

â€” By Amy Smart in Vancouver.