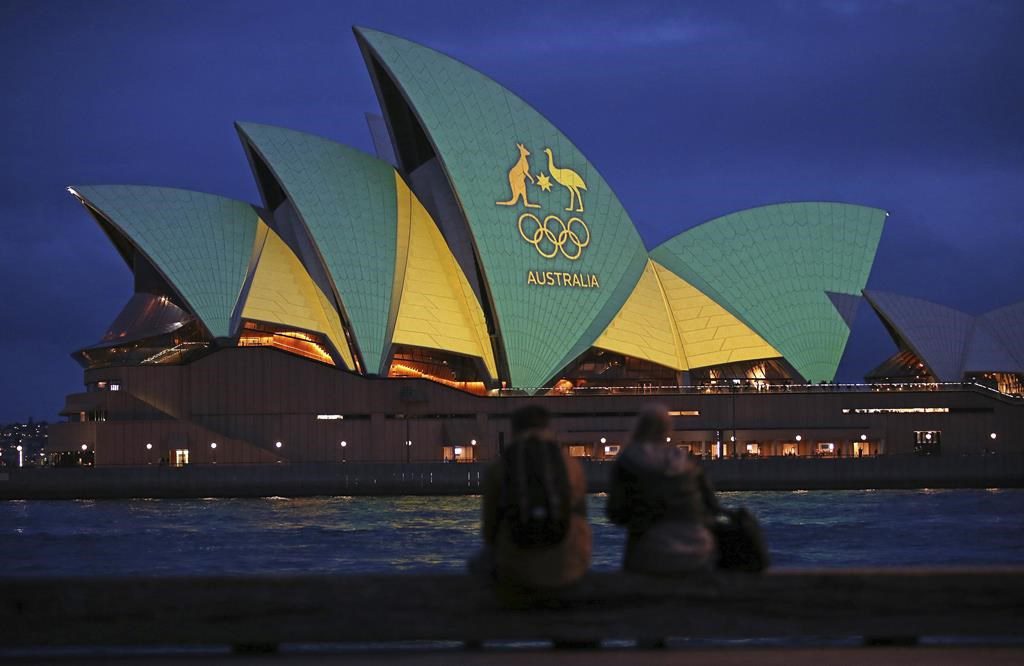 GENEVA (AP) — Brisbane has long seemed to be in a one-horse race to host the 2032 Olympics.

That race looks sure to be over and won next month when the International Olympic Committee meets before the Tokyo Games open.

IOC president Thomas Bach said after an executive board meeting Thursday that Australia’s third-biggest city can be awarded hosting rights as the only candidate proposed at a July 21 meeting in Tokyo.

Brisbane’s victory already appeared certain after the IOC put it on the fast track in February by being named the preferred candidate without a formal opponent.

Though Bach said the outcome was “in the hands” of the members — around 100 will meet two days ahead of the Tokyo opening ceremony — they typically rubber stamp all recommendations coming from the leadership.

Bach praised Australia as a sport-loving country with strong support from layers of government in the city of Brisbane, the state of Queensland and federal level.

“All this together I think made it somehow irresistible,” the IOC leader said.

Brisbane is set to be the first Olympic host selected unopposed under a new system to streamline bid campaigns in order make them less costly, give the IOC more control and decrease the risk of vote-buying. Tokyo’s campaign and 2016 host Rio de Janeiro were both tainted by corruption allegations that are part of ongoing criminal investigations.

The bid from Brisbane and neighboring cities in southeast Queensland state has been led by IOC Vice President John Coates, who two years ago oversaw updating the bidding process at Bach’s invitation.

Its quick progress as the IOC’s clearly preferred option has raised questions about possible conflicts of interest for Coates. He is viewed as one of Bach’s closest allies and also leads the IOC’s oversight of preparations for the postponed Tokyo Olympics.

Bach cited the IOC’s “strict rules” which were monitored by ethics and compliance officials.

Still, Brisbane’s rapid selection this year blindsided officials in countries including Germany, Hungary, Indonesia and Qatar which had been in talks with Olympic officials about shaping bids.

That dialogue will continue with a “pool of interested parties” to host the Olympics in 2036 or 2040, Bach suggested.

Coates told a news conference in Sydney on Friday he was “very, very pleased to get this expression of confidence.”

“We didn’t know (where we stood) from both the future host commission and the executive board. Now we do,” he said.

While Coates said he was optimistic Brisbane would receive the necessary votes to stage the games in 11 years, he was cautious when asked if it was a certainty.

“I’ve been around long enough to not predict how my IOC colleagues will vote,” he said. “Even with one candidate, you still have to go to a vote and the majority of the members still have to say yes. They haven’t said goodbye to other (potential) candidates.”

Asked how Brisbane could fail to get the necessary votes, Coates said some IOC members might say “it’s too soon.”

“Or some will want to be satisfied when we discuss with them that we’ve got athletes living in three villages, not the usual concept of one,” he added. “It’s now permitted. I’ve seen some from the athletes’ commission saying that the great thing about the Olympic Games is that we get all the athletes from all the teams from all the sports together. Well, they’re not going to be. And I’m sure a question will come.”

The Brisbane bid includes 32 venues, most of which already exist. The Gabba stadium, currently one of the premier venues in international cricket, will be refurbished for the 2032 Games and a so-called Brisbane Live arena is planned in a for a downtown redevelopment.

The 2024 Olympics will be held in Paris, with the 2028 Games in Los Angeles — both cities offering more stability than the troubled and often chaotic organization in Rio.

Australia last hosted the Olympics in 2000, with the popular success of the Sydney Games. Coates was heavily involved in the bid and organizing committees of those games.

Lawmaker Ted O’Brien, Australian Prime Minister Scott Morrison’s representative for the 2032 bid, on Friday acknowledged another milestone had been achieved.

“While we’re delighted to have cleared the penultimate hurdle, we take absolutely nothing for granted as we seek endorsement of members of the IOC session in Tokyo,” O’Brien said.

The 2030 Winter Games have yet to be awarded, with Salt Lake City among potential bidders. Bach said the IOC was in talks with “a number of interested parties” but there was no urgency to make a pick.

Bach also confirmed he will not visit Tokyo before mid-July, citing the quarantine periods needed to make “back and forth” trips from Switzerland which had been planned and expected.